According to the report of Zhongwai News Agency in South Korea, the famous Korean ginseng brand “Di Qi Ren (Human of Earth Energy)” is entering Shanghai duty-free shops in China this year.

Mr.YIN Zhongyuan, the representative of the company, introduced the ginseng products, saying that there are about 32 effective components in Ginsenoside, the main ingredient of Korean red ginseng. The continuous research results of the scholars have not only explained the chemical structure of the ginseng, but also proved its pharmacological activeness. In particular, Korean red ginseng has excellent effects in anti-cancer, anti-oxidation and cholesterol lowering.

But “Di Qi Ren”has more to offer. In addition to these effects, “Di Qi Ren”is using nanotechnology in order to absorb all the nutrients of red ginseng, grinding the ginseng into tiny pieces to allow the human body to absorb it well. The technology changed the manufacturing procedure, the eating methods, the taste and the dosage dramatically. A new generation of red ginseng has come into being, a new food era with nano technology. The new technique of ginseng-root cooking process can extract about 1.5 to 2 times more of the anti-cancer substance, i.g. ginseng soap (saponin). The technique even beats the Apexel’s natural nano-crushing technology, having achieved extremely fine powdering and innovatively improved absorption.

Apexel was selected as the Nobel Prize for Physics in Korea from the Nobel Foundation of Korea for 2018 for their unique source nanotechnology, 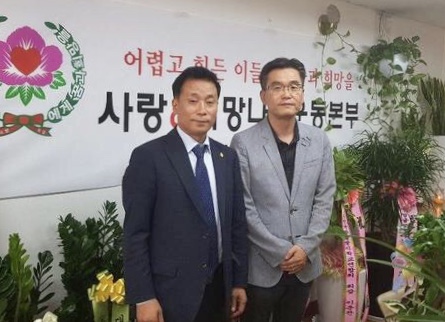 The appearance of the “Di Qi Ren” Nano Red Ginseng has raised a sensation in South Korea. Red ginseng has been generally inconvenient to consume. Traditionally, red ginseng liquid and red ginseng concentrate are prepared using the method of boiling. The so-called “bubble” method is to put the red ginseng root into the water to boil, then throw it away and consume only the boiled water. Only 47.8% of the active ingredients, is thus extracted. 52.2% of the insoluble nutrients are discarded.

In addition, the temperature decreased a lot of nutrition. The nano method, on the contrary, crushes red ginseng root in room temperature and thus maintains its original shape. The powder has the particle size of 1micron (1000 nm) or less. Compared with the existing red ginseng products such as red ginseng liquid and red ginseng concentrate, the taste of fine ginseng powder is not bitter but mild. It is hygienic and convenient to use, too. For this, Mr. YIN has all the reasons to be proud of his company.