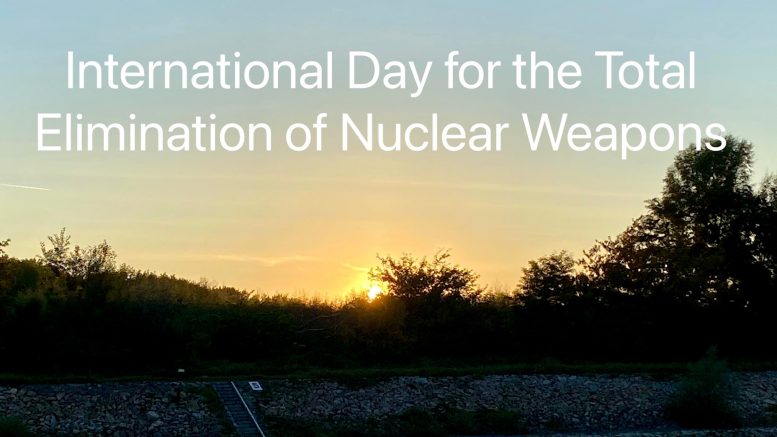 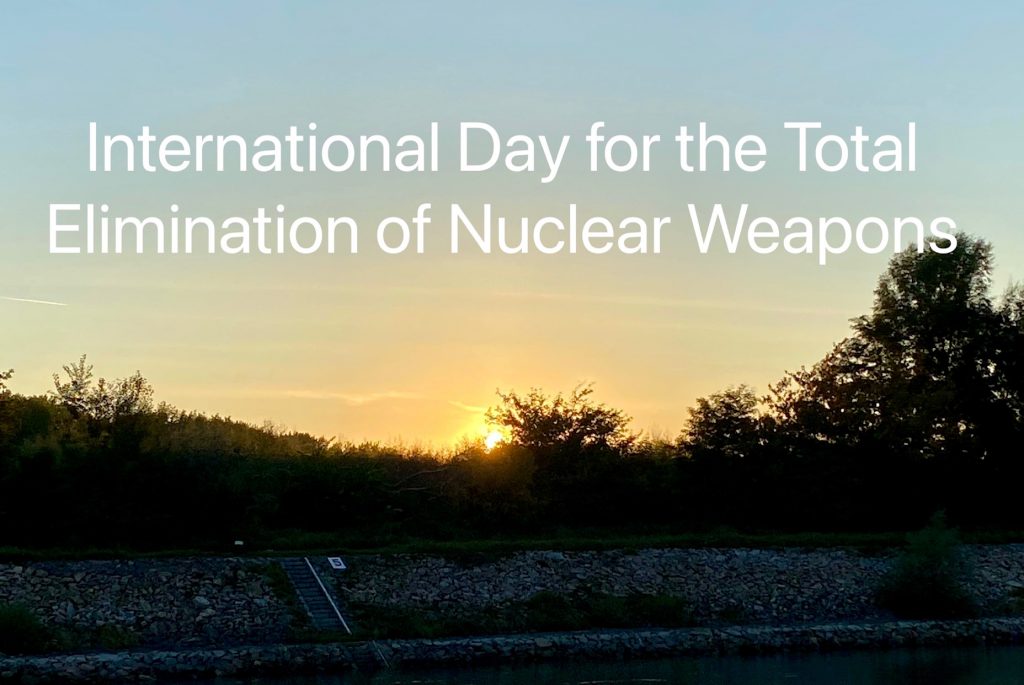 On 26 September 2021, the International Day for the Total Elimination of Nuclear Weapons, the UN Secretary-General António Guterres sent a message to the whole world:

“From the very start, addressing the existential threat of nuclear weapons has been central to the work of the United Nations.

In 1946, the very first General Assembly resolution sought “the elimination from national armaments of atomic weapons and of all other major weapons adaptable to mass destruction.”

Seventy-six years later, we have yet to achieve that resolution’s goals.

As we mark this International Day of the Total Elimination of Nuclear Weapons, we face the highest level of nuclear risk in almost four decades.

Nearly 14,000 nuclear weapons are stockpiled around the world. Hundreds are a pushed button away from being launched. And while the total number has been decreasing for decades, states are qualitatively improving their arsenals, and we are seeing worrying signs of a new arms race.

These weapons are not yesterday’s problem. They remain today’s threat. Despite our progress, humanity remains unacceptably close to nuclear annihilation.

There are, however, signs of hope. The decision by the Russian Federation and the United States to extend the New START Treaty and engage in dialogue are welcome steps, as was January’s entry-into-force of the Treaty on the Prohibition of Nuclear Weapons.

The responsibility now falls to Member States to build on these developments. The Review Conference of the Parties to the Treaty on the Non-Proliferation of Nuclear Weapons provides a window of opportunity for all countries to take practical steps to prevent the use of, and eliminate, these weapons, once and for all.

As a global family, we can no longer allow the cloud of nuclear conflict to shadow our work to spur development, achieve the Sustainable Development Goals and end the COVID-19 pandemic.

Now is the time to lift this cloud for good, eliminate nuclear weapons from our world, and usher in a new era of dialogue, trust and peace for all people.” (UNIS)