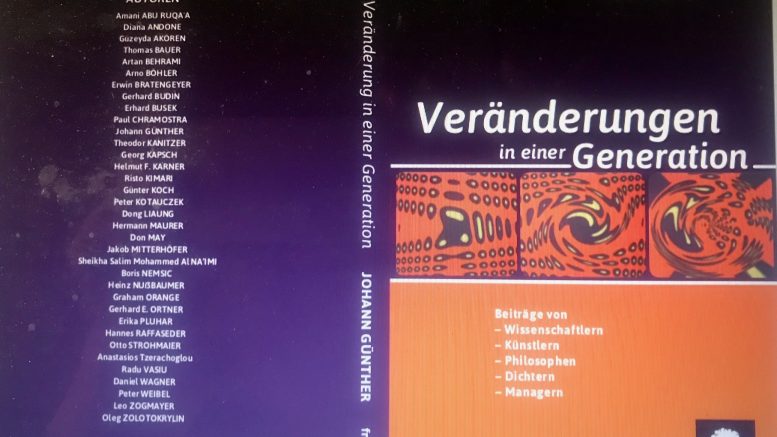 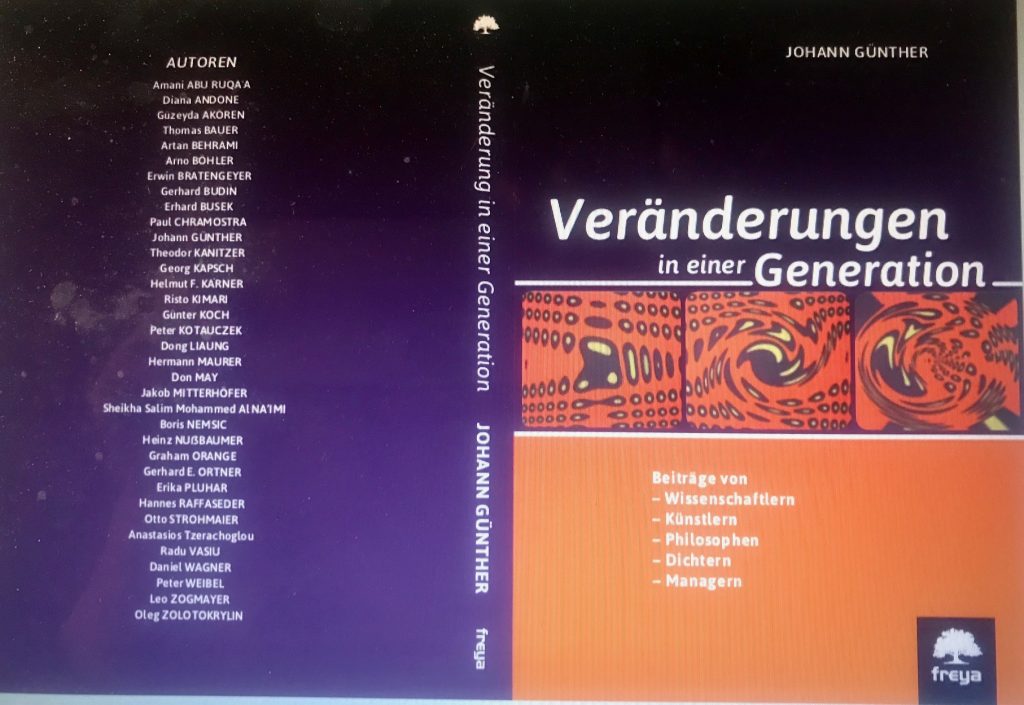 How to reflect on the last decades? Professor Dr. Johann Günther’s new book „Changes in a Generation” (German original: “Veränderungen in einer Generation“, Freya, 2019) is offering the reader a wide range of answers with essays by 35 authors from 15 countries in different fields, including science, culture, business and politics.

Writers, artists, philosophers, musicians, theologians, journalists, managers and technicians all had their say in the book. But it was not just the professional backgrounds that gave the colorful picture and unique touch for this retrospective book, Professor Güntherstressed, it was the authors with different cultural backgrounds who opened the reader’s eyes and minds, authors from countries such as China, France, the Czech Republic, Jordan, Finland, Romania, Greece, Romania, the Sultanate of Oman, the United Arab Emirates , Great Britain, Turkey, Ireland, Germany, Kosovo, Spain, the United States, Russia and Austria.

These are contemporary, technical and personal reports that represent the opinions that also give the reader an insight into cultural differences. “The essays are sometimes very personal statements and revelations. I have a lot of respect for that and wish the readers feel alike.”Mr.Günthersaid.

In his opinion, a historical retrospective is of utmost importance for the definition of a future planning. Therefore, he asked his students to work on a personal retrospective. They are supposed to tell what things they own and use today that they did not have 5 or 10 years ago, or that did not exist at all. Based on those observances, they deeply grasp what changes they might undergo in the future.

The president of the Austrian industrial union Georg Kapsch, in his contribution to the book, came to the conclusion that “the changes of the next 70 years will be much faster.”

Be the first to comment on "A Brief Look into Professor Dr. Johann Günther’s New Book „Changes in a Generation”"