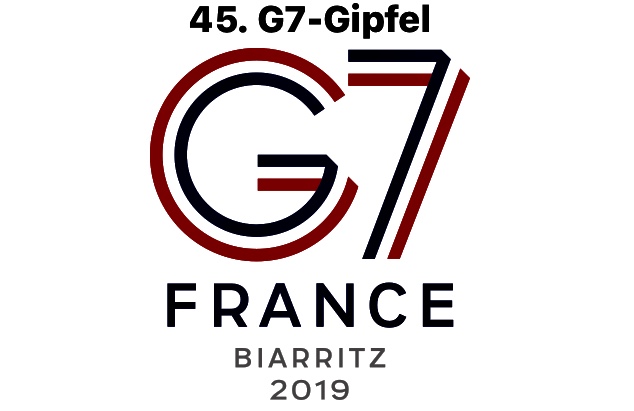 This year’ G7 Summit, held from 24 to 26 August in Biarritz, France, ended in rare harmony.

The Group of 7 (G7) was established in 1975 with countries including France, the United States, the United Kingdom, Germany, Japan, Italy and Canada. G7 expanded in 1998 by Russia’s inclusion to the G8. On March 25, 2014, the other members expelled Russia due to the annexation of Crimea and returned to the format of the G7. Now, EU is also considered part of the summit.

As world powers, G7 member states represent 45% of the global economy. What’s more important, they share the common values of freedom and democracy, as well as a collective ambition to deal with the world’s major issues.

In a new format, though, the Biarritz Summit is involving partner countries (especially African ones) and key players from civil society, in order to provide shared answers and concrete responses to fight all forms of inequality.

The host of this summit, the French President Macron, concentrated on the following contents: fighting inequality, renewing G7 format, calling for environmental responsibility, and commiting to gender equality. As for the new digital tax France asked for, which Trump had responded with tariff threats against French wine, it could be settled in 2020 through international regulation at OECD level.

A surprise of the summit is the appearance of Iranian Foreign Minister Mohammed Javad Zarif invited by Macron. Macron wanted to launch a diplomatic initiative on the sidelines of the summit. Trump reacted angrily and emphasized that the hard line of the USA was the only correct strategy. Macron, however, was not intimidated and met with Sarif personally to explore the diplomatic room for new solutions.

The most notable fact of the G7’s decision, is to help eradicate the forest fires on the Amazon. It was neither the meager sum of 20 million euros, nor that it took three days to decide it, but that Donald Trump’s attitude on climate change. Basically, it was the G6 who decided to help the Amazon residents with the purchase of firefighting aircraft and later reforestation.

Contrary to his announcement that there will be no joint final declaration for the summit, Macron came to the conclusion with a one-sided paper, in which there is a commitment to the reform of the World Trade Organization. The statement also agreed that Iran should have no nuclear weapons to keep desirable peace and stability in the region. There should also be a summit on Ukraine and a conference on Libya. And to the demonstrations in Hong Kong, the statement is reminiscent of the The Sino–British Joint Declaration in 1984.

One the whole, the final statement in Biarritz was brief but positive, despite a possible scandal and the cracks. The US President Donald Trump, who remained a key factor for the general atmosphere during the summit, also managed a mild mood and raised hopes in the trade dispute with China.

On 23. August, Trump announced counter measures in response to the new Chinese tariffs. The US government will increase all punitive tariffs on imports from China by five percentage points, Trump wrote on Twitter. Tariffs of up to now 25 percent on imports worth 250 billion dollars should be raised from October to 30 percent. In addition, Trump wants to increase the tariffs on additional goods worth $ 300 billion, which are to apply from 1. September. These should be at 15 percent – instead of 10 percent, as previously planned.

What’s worth mentioning of this summit, is the host, the French President Macron, who showed his excellent talent in diplomacy, who managed to prevent new outbreaks on the part of Trumps and to open windows for negotiations both in world trade and the Iran crisis. As the EU is looking for a new leading personality to take over the role of the German Chancellor Merkel, Macron is by all means a very good candidate.