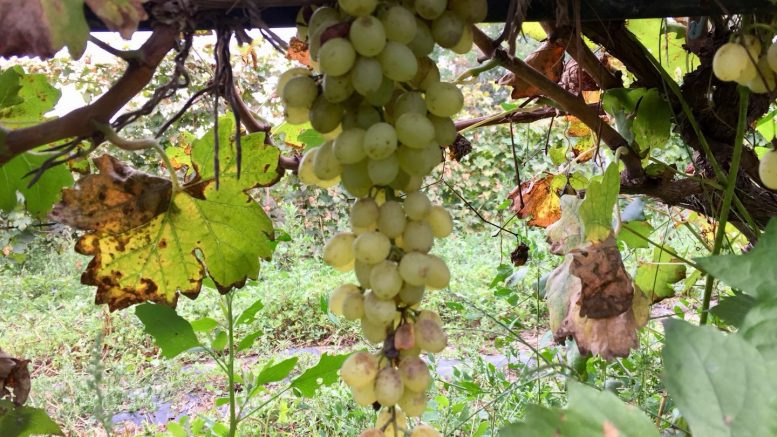 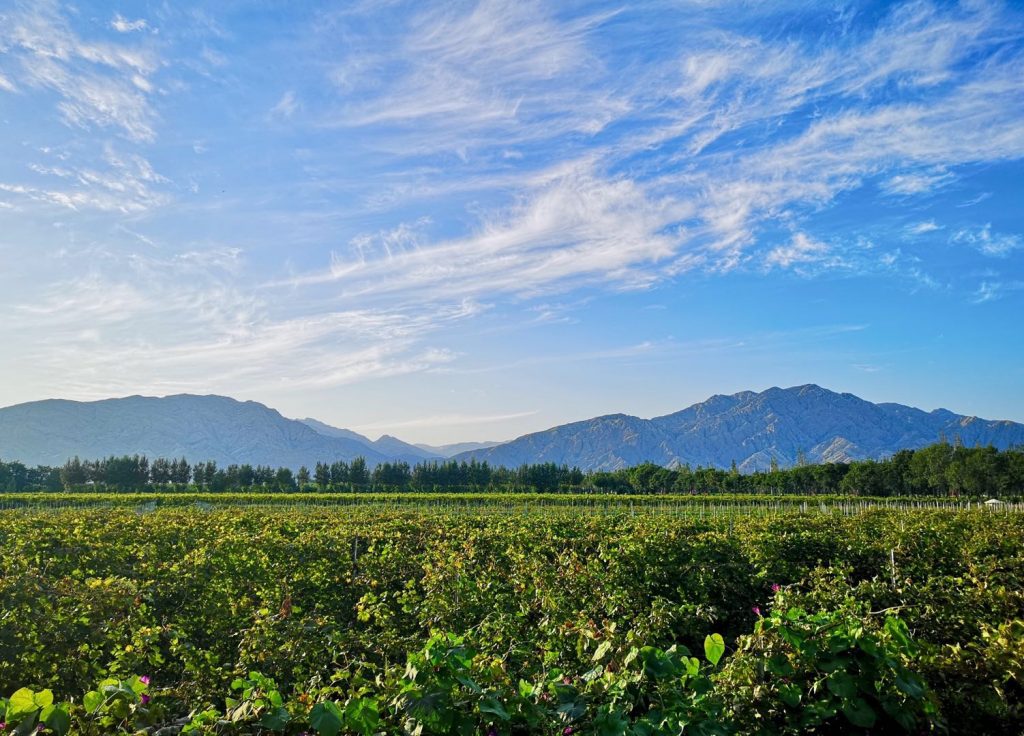 Recently, a trip to Ningxia became a fascinating wine-tasting experience for me. A bottle of red wine there made me believe I was back in Bordeaux. It was a cuvee with 80% of Cabernet Sauvignon, 15% of Merlot and 5% of Cabernet Gernischt. Pure joy with absolute high quality! In the following days, more wine with Merlot, Sirah and Cabernet attracted my attention, leaving me crave for some research into this wine paradise in China.

Among the eight main wine producing areas in China, Ningxia, located in the middle of Chinese territory, is obviously the most suitable for grape planting and growing. The vineyard there at the foot of Helan Mountains (Its highest peak is 3,556 meters above sea level) is mostly at an altitude of 1,200 meters (6,300 feet). The gravel soil (similar to that of Bordeaux) in the vineyard came from the scouring of mountain torrents, the main components being sediment, rock fragments and pebbles. The strong sunshine and daily temperature difference (Average temperature during the day is up to 29 degrees Celsius while at night down to 17 degrees Celsius) are very much in the favor of grapes, conducing to the intense flavor. Ningxia is dry in climate, but rich in water resources. The Yellow River flows through the region, offering enough irrigation. 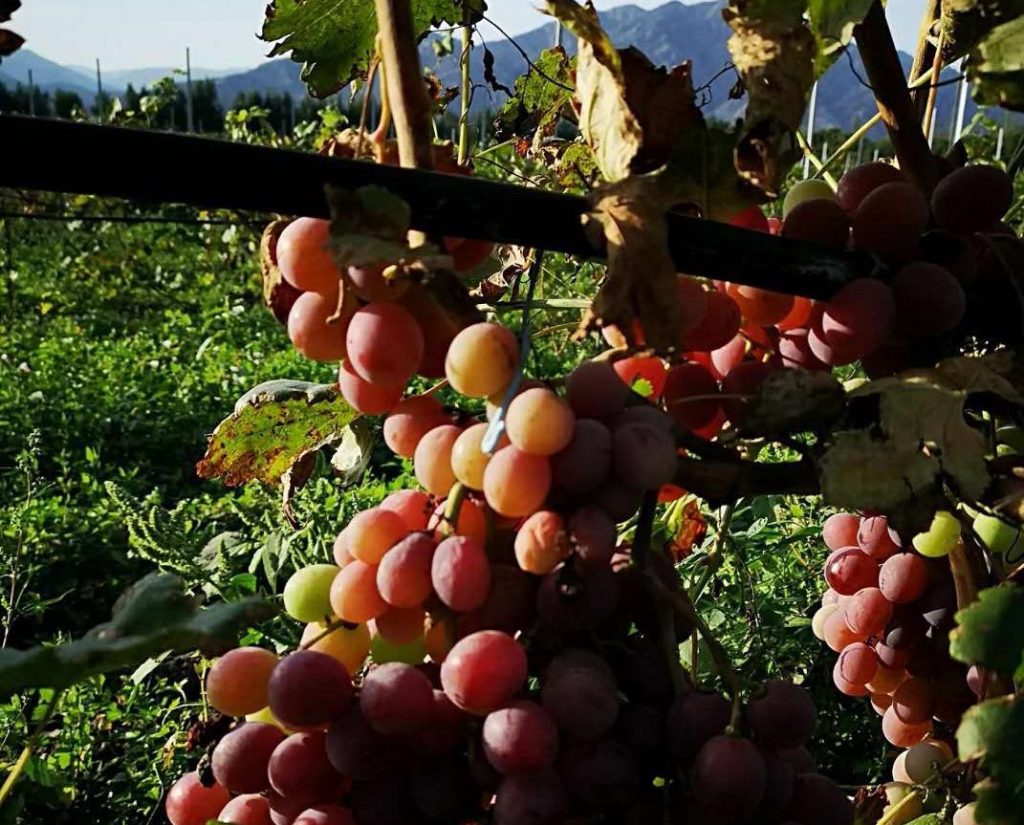 As a matter of fact, the winter in Ningxia is very cold with the average temperature of 2 degrees in the daytime and minus 10 degrees in the evening. There is sometimes snow. The vines there in the winter season have to be buried in the soil.

The earliest vineyards in Ningxia were built in the 1970s. At present, there are 30,000 hectares of Cabernet Sauvignon in Ningxia, followed by Merlot and Cabernet Franc. The most famous white grape is White Musk, followed by Riesling. There are right now around 38 wineries in Ningxia. Many of them are accessible to public as hot tourist goals. The number of wineries tend to be increasing quickly with the consent of the government.

The most well-known winery is doubtlessly Changyu, the giant of China’s wine industry. Changyu built a magnificent castle-style winery and tourist reception center in Ningxia in 2012. In the same year, another major international wine company, Chandon, also set up a large winery to produce sparkling wines. 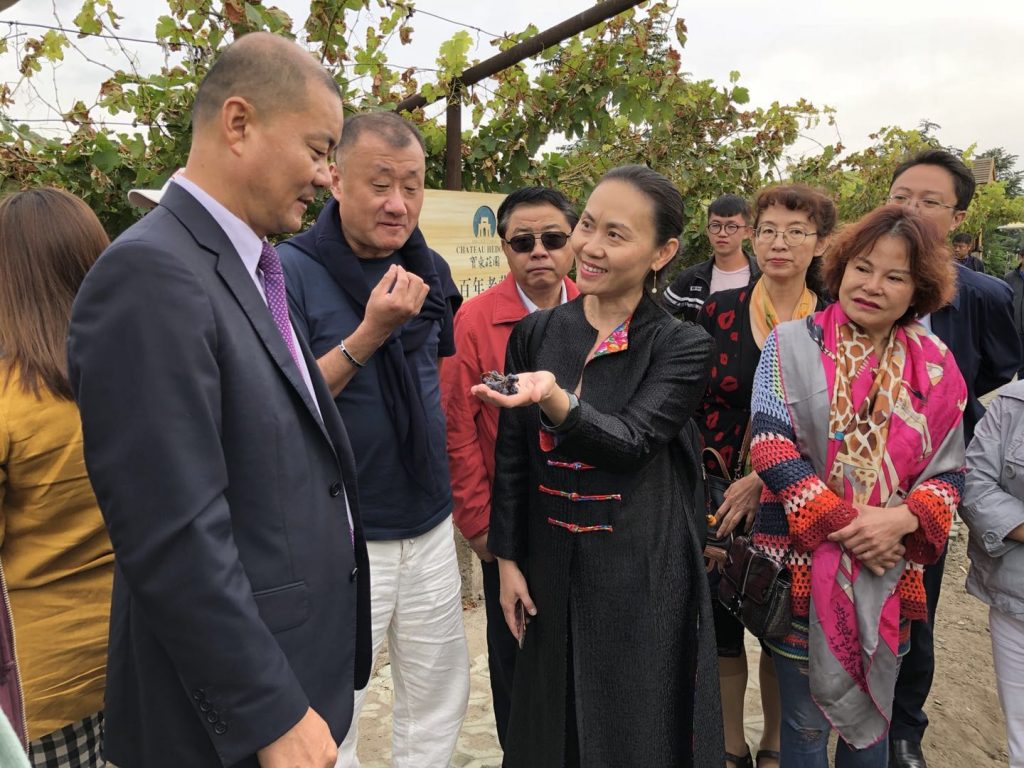 I would like to introduce Hedong Manor here to you though. Hedong Manor is one of the oldest manors in Ningxia with an area of 3040 Mu possessing more than 150 kinds of grapes. Its main red grapes vary from Cabernet Sauvignon, Cabernet Gernischet, Merlot, Cabernet Franc, Pinot Noir, Sirah and Malbec to Marselan. Its white grapes include Chardonnay, Welschriesling, Riesling, Sauvignon Blanc, Vidal and so on. The red wine account for more than 90%. 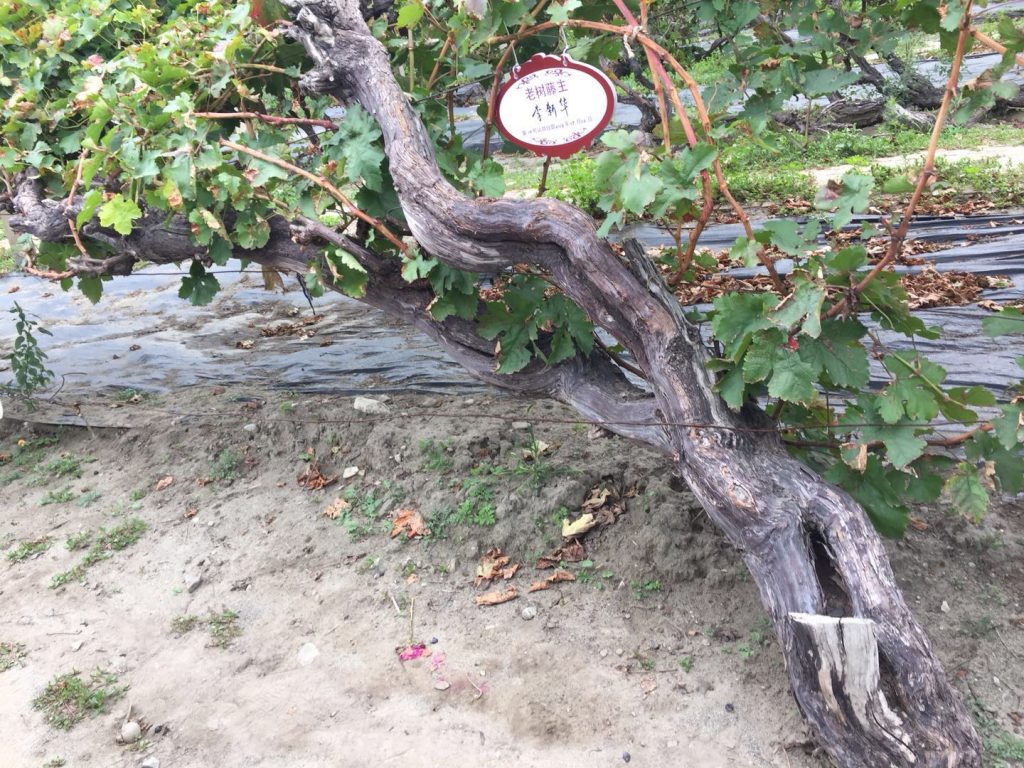 An ancient kind of vine is very eye-catching in Hedong Manor. Around 226 plants of its kind have been identified by French experts as over 150 years old. The curved trunks are powerful, and the mottled bark records the changes of the times. The vine is one of the oldest existing ones. Up to now, no one can tell exactly which kind of grape that is. It is different from any vine ever given a name. Optically, the vine is similar in shape, size and color to Merlot, but different in taste, more intense and sweeter, also seedless. The existence of these old vines might be telling the world that the eastern foot of Helan Mountains has been cultivating wine grapes for ages. 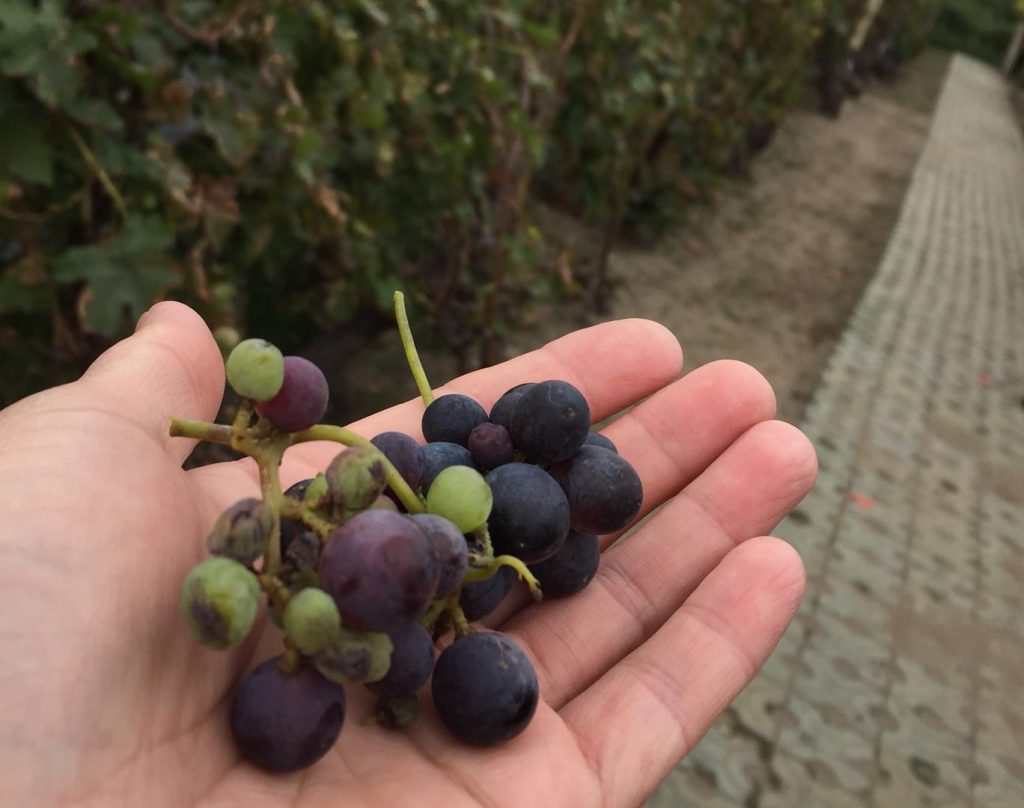 Since 1997, Hedong Manor has spent tens of millions of dollars to import from France some of Europe’s valuable wine grape seedlings. But now, it also plants the local wine grape varieties cultivated by the Chinese Academy of Sciences. 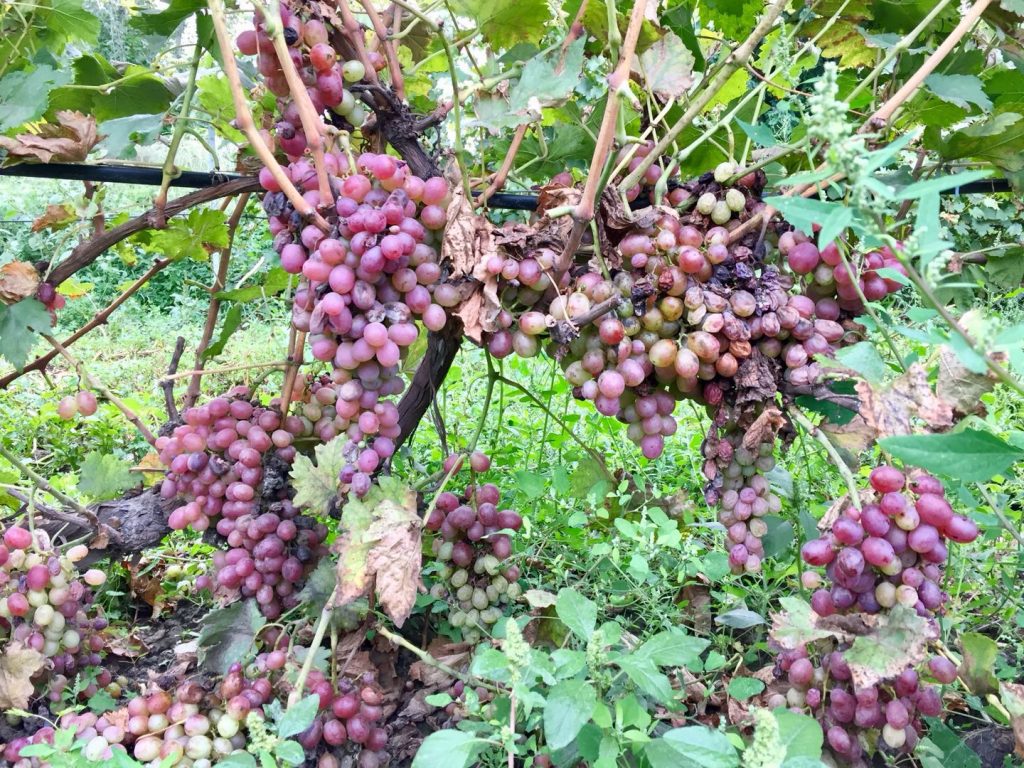 At present, China is the world’s sixth largest wine producer and its fifth largest consumer. The booming Ningxia producing area has become a hot spot in the international wine industry. A number of comprehensive talents have been trained there to promote the related industry chain. Overseas companies such as Pernod-Ricard and Hennessy have come to build wineries there. 60 international winemakers from 23 countries have been introduced to Ningxia.

In 2013, Ningxia was compiled into the “World Wine Map” and became a new sector of the world wine producing areas. Ningxia is chosen as one of the 46 best destinations for “must-go” because it has “the best wine in China”. According to world-famous wine master Jesse Robinson, “there is no doubt that the future of Chinese wine lies in Ningxia”. 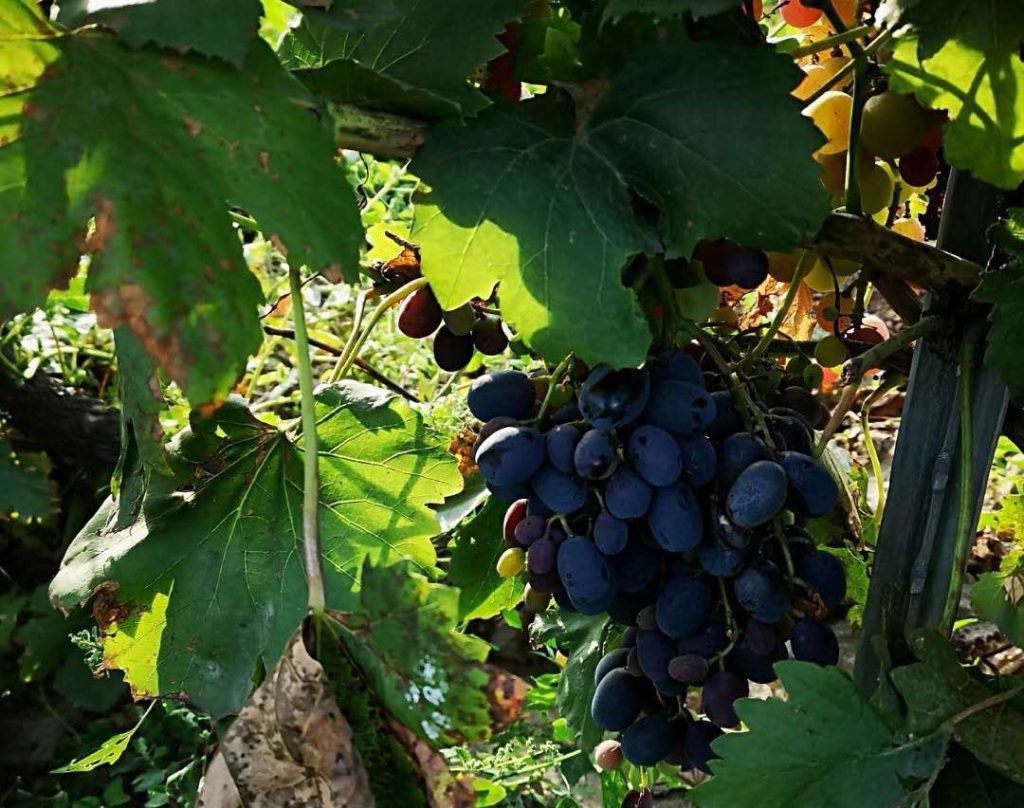 Nowadays, many wineries in Ningxia are very careful in selecting grapes, because grapes are often not ripe enough or suffer from downy mildew caused by excessive rainfall. According to wine experts, there are presently only 7 to 8 kinds of wine with obvious defects in Ningxia, mainly caused by oxidation problems.

Since all land in China is owned by the government, wine companies have to negotiate long-term land use rights to grow grapes, or contract with local grape growers and try to persuade them to pay more attention to the quality of the grapes, not just the yield. This is obviously a disadvantage for the wine industry in China.

Another obstacle for wineries in China is OIV. The Chinese government has not yet formulated a regulation on the proportion of grapes from one region used in the production of each bottle of wine and the identification of the origin of the wine. Many other countries have adopted the OIV standard in this field, which stipulates that the region can only produce wine with no less than 85% of the grapes from the region in order to mark the region as the origin of wine. Ningxia is no escape from this. But one might as well believe in the bright future of wine industry in Ningxia, a Chinese vine paradise not to be missed. 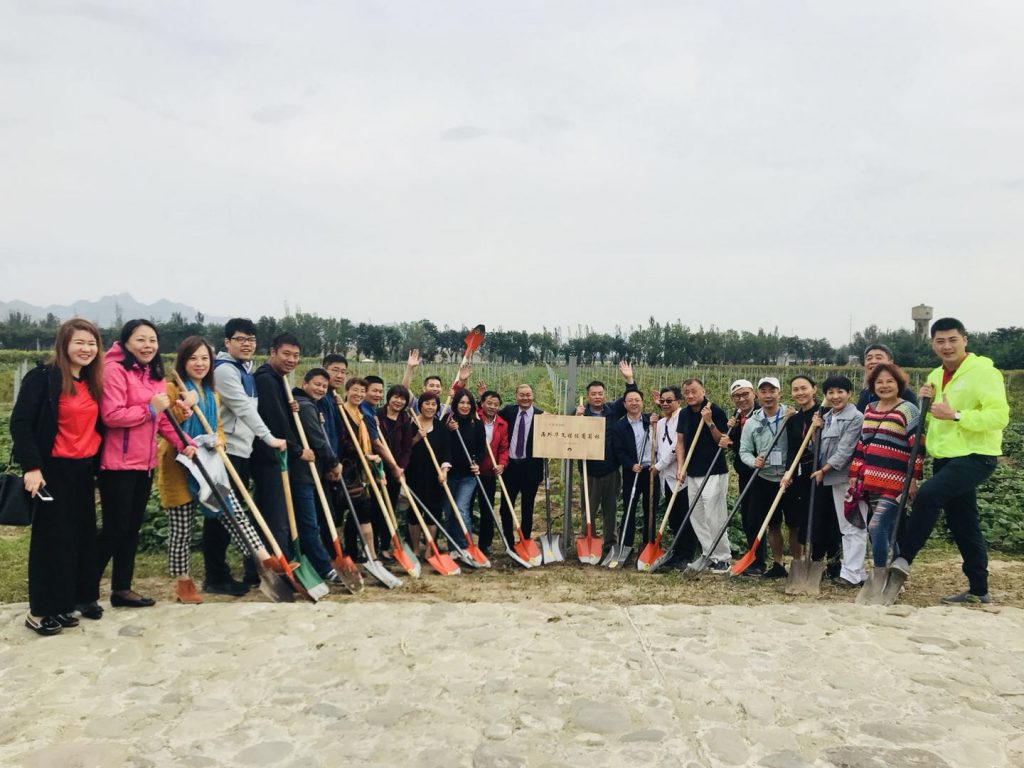 Be the first to comment on "Ningxia, A Wine Paradise in China"