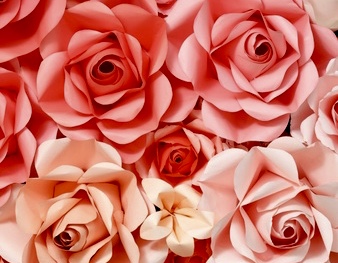 During the French Revolution, Olympe de Gouche unmasked the proclaimed Human Rights as men`s rights, and demanded equal rights for women. She was beheaded. Throughout history, feminist ideas and movements have often arisen together with revolutionary movements. In patriarchal societies, always and everywhere, women have revolted – individually and collectively – against violence, suppression and exploitation. But much of  “history” of women’s quest for self-determination has either never been written, or has been wiped out.

In the US, the Women`s Movement emerged from the Anti-Slavery Movement, which had begun in the first half of the 19th century. The two main demands of several women`s movements during the 19th century were universal suffrage and better education. By 1909, the Socialist Party of America organized a New York City March commemorating a strike by garment worker the previous year.The party called it National Women’s Day, and women demanded better pay and working conditions, as well as the right to vote.

Through the 19th century and into the next, European middle- and upper class women were championing similar ideals. They wanted to change the marriage laws that gave husbands the right to control their wives’ real estate and wages, and the right to punish them. The miserable situation of female home helpers was also a matter of concern. Clara Zetkin, a prominent activist from Germany’s Social Democratic Party, proposed the idea of holding an international day for women. Then in 1917, Russian women went on strike for bread and peace in protest of the deaths of millions of soldiers in the war. After the revolution, the day was declared a holiday in the Soviet Union.

In China as well as all over the world, women have continued to combat social and cultural injustice. They have invented a variety of strategies to stand up in solidarity for their rights and interests, among them are legal equality, equal opportunity for education, equal pay, maternity leave and the right to abortion. They have stood against the glass ceiling, sexual and domestic violence and other atrocities against women.

By the 1960s, the training ground for the Women’s Liberation Movement in the US was the Civil Rights Movement. Women considered themselves oppressed by male dominance, in the same way as the blacks by the whites. In 1968, within the students’ revolt, European women gathered to discuss their identity and how to define their self-image. Simone de Beauvoir’s “The Other Sex“ and Betty Friedan’s “The Feminine Mystique“, together with works by many other writers, were very popular. All the women Betty Friedan (her book: The Feminine Mystique) interviewed reported that they felt uneasy, lost or angry at their role as dependent housewives. The central message was that the differences between men and women are not so much determined by nature, rather, conditioned by culture. How we define and deal with nature, and consequently, how we deal with sexuality, fertility and rearing children, is defined by culture in a patriarchal society. Gender-differences result from patriarchal moral conceptions, norms and traditions.

The Women’s Liberation Movement changed societies in many respects. It led to broader employment for women at more equitable wages, better education, professional positions and reforms in electoral, family, civil, and criminal law. It promoted women’s right to bodily autonomy with slogans like “control over our own bodies”, enabled access to contraception and abortion, and led to more liberal sexual attitudes in many countries. This progress culminated in the proclamation of a day for celebrating women’s rights and world peace.

In 1977, the General Assembly of the United Nations invited member states to observe March 8 as International Women’s Day.

However, with global competitive capitalism and militarism threatening nature and peace, and at the same time, with the growing world population, women’s living conditions are again endangered. Religious institutions sometimes may pursue repressive and merciless dogmas, imposing a strong influence on women’s status in society. The Cairo Declaration of Human Rights in Islam, for example, has been criticized because it is pre-empted by Sharia law, which implies an inherent superiority of men over women. This means that once again, ancient rules of power and possession have to be changed, especially those that allow male coercion over women`s bodies.

Reproductive issues are cited as examples of women’s powerlessness to exercise their rights. The societal acceptance of birth control required the separation of sex from procreation, making birth control a highly controversial subject also in the 21st century. This is an arena for conflict between liberal and conservative values. The United Nations Committee on the Elimination of Discrimination against Women states that: “Violations of women’s sexual and reproductive health and rights, such as forced sterilizations, forced abortion, forced pregnancy, criminalisation of abortion, denial or delay of safe abortion and post abortion care, forced continuation of pregnancy, abuse and mistreatment of women and girls seeking sexual and reproductive health information, goods and services, are forms of gender based violence that, depending on the circumstances, may amount to torture or cruel, inhuman or degrading treatment.”

The United Nations reports that:

Just 1 percent of the poorest girls in low-income countries complete upper secondary school. Worldwide, almost one third of all women who have been in a relationship have experienced physical and/or sexual violence by their intimate partner.

Despite progress, data from 45 countries show that only one in two women aged 15–49 years (married or in union) makes her own decisions regarding sexual relations, contraceptive use and health care. Issues such as poverty, gender inequality, poor education, discrimination and violence often intersect, leading to even greater vulnerabilities and increased risks of preventable death, illness and injury.

Although abortion is safe when performed in accordance with recommended guidelines, many women undergo unsafe procedures. Nearly 7 million women in developing countries are treated for complications from unsafe abortions annually.

While some health factors threaten women’s lives, others profoundly affect their physical and mental health, and overall well-being. Examples are the estimated 200 million girls and women alive today who have undergone female genital mutilation.

Contemporary feminism continues to address the financial, social and cultural inequalities between men and women, and continues to campaign for greater influence of women in politics, business and the media. As religious, cultural and ethnical pluralism spreads, opinions about values and aims are becoming more controversial.

In the West, the scarf for women and girls, which is promoted by Islamic groups, is much disputed. The conflicting arguments, permeating all levels of society, concern whether it is worn voluntarily or by force, whether it is a political sign for the submission of women or just a plain “piece of textile”, or whether the ban in public service is a violation of the right to freedom of religion or not, and so on. In any case, education, participation, economic and sexual independence for women and girls are important factors for development. The “Queer Movement” is yet another arena where equal rights and special consideration of the needs of sexual and gender minorities who are not heterosexual and/or not cisgender are concerned. At present, also the “MeToo” – movement is frequently discussed. Its advocates claim that women should be encouraged to give testimony about the widespread prevalence of sexual assault and harassment, especially in the workplace. Opponents warn against its possible misuse.

In summary, it must be acknowledged that the feminist activists’ demands, which seemed revolutionary at the time, have become institutionalised, and have improved the living conditions of women. Many reforms have changed not only public opinion, but even the structure of our societies. Some of those progressive initiatives, however, have disappeared as a result of cultural, social, political, and economic backlashes. Women’s rights, like all rights and policies for improving the lives of the vulnerable, should never be taken for granted, and must be always fought for.