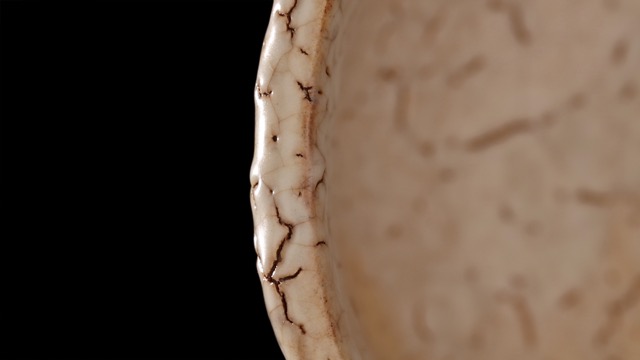 The Chinese artist Ms Jing SONG has just had a solo art exhibition in Vienna with “STEALING HEAVEN” as the motif.

STEALING HEAVEN is devoted to the moment at which a particular development culminates and in the end breaks off. The project tells of life in a state of wind-stillness, of circumstances to which one has accustomed oneself, of tranquil presence, trance; up to a point of realization or action. A moment of rupture in which the self is both the shipwrecked castaway and the onlooker. (1)Seconds, minutes or years can pass before the eyes open. 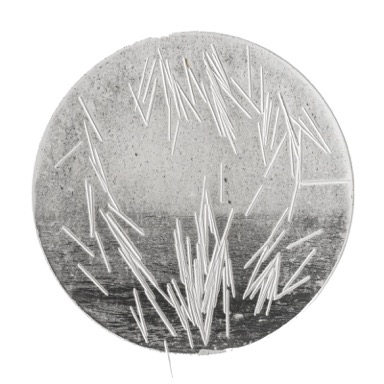 “[…] We all want to be sighted. And it is that secret pain that sensitizes us for experience, and especially for truth. When we reach the state of brightness and aching in which this pain becomes fruitful we say, very simply and correctly: My eyes have been opened. We don’t say this because we have externally perceived a thing or an occurrence, but because we understand what it is that we cannot see. And that is what art should do: it should, in this sense, open our eyes.”(2) 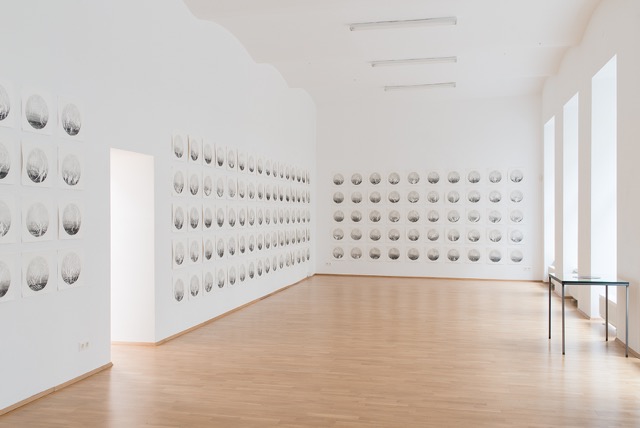 Although the conceptual focus rests upon this specific moment, the artistic working process, the visual realization and the titling of the works concentrate on the process or path via which it is reached, which is often a long one. The thematization of this moment, which is not shown directly, is facilitated by the sheer dimension of the graphic series STEALING HEAVEN and by the rhythm of a rotating bowl in the video WHERE IT ALL ENDS IT BEGINS. In the field of tension between repetition and difference, every individual image in the series of prints could be a snapshot, a bit of passing time that has frozen. In that, however, one observes a specific portion of a field of more than 200 images successively transformed by the application of an engraving needle to the printing plates – at times delicately, at times less so – there arises an uninterrupted process of beholding, comparable to a lining up of film stills. The video’s contemplative images in motion also demand of “[…] the eye that it be patient and become accustomed to that which is approaching it […].” (3)The future is condensed into an extended present. 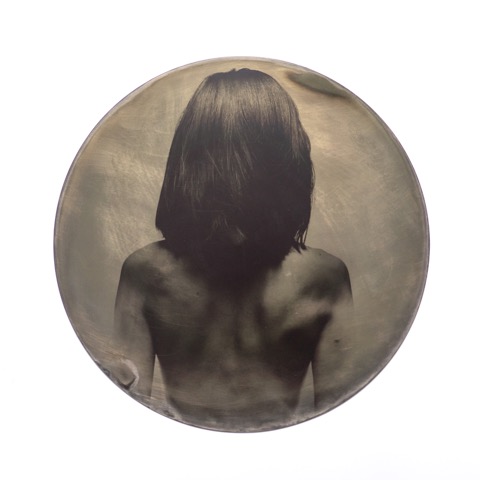 The copper plate used in SPIEGELMENSCH was coated with a photographic emulsion and then exposed. It has the same dimensions as the printing plates of the STEALING HEAVEN series. In SPIEGELMENSCH it functions both as a projection surface and as a support upon and in which extended observations take place. Mirrors of polished metal have a long tradition in many cultures. Ordinarily the mirror is an object that only facilitates objective observation. In SPIEGELMENSCH a copper plate becomes a mirror, and a mirror becomes a window, allowing the beholder to experience a moment of emotional rupture: at the moment one looks into it, one sees the back of another who is gazing in. The needle from STEALING HEAVEN, the copperplate mirror from SPIEGELMENSCH and the bowl from WHERE IT ALL BEGINS could all be seen as animate objects having their own characters, their own stories.

The moment of culmination thematized in STEALING HEAVEN could also be seen as the highpoint of a long journey: Eastern thought has an inherent consciousness of “in-difference”, avoiding finality and absoluteness. This lack of finality gives rise to a frame of mind that is more friendly, one might say. The long journey is broken off after more than 200 stops, the sky filled with the traces of the rain/needle and completely shrouded – but it has not been stolen, not yet.

For more information about the artist: www.songjing.at

(1) Hans Blumenberg writes that “the shipwreck, once survived, is a figure for experiencing the turn to philosophy. It is recounted that the founder of the Stoic school, Zeno of Citium, while transporting a load of purple from Phoenicia, suffered a shipwreck near Piraeus. He maintained that it was through this incident that he came to philosophy, stating: nyn euploeka, hote nenauageka – it was not until I was a shipwrecked castaway that I set out happily upon the sea.” Hans Blumenberg, Schiffbruch mit Zuschauer, Frankfurt am Main: Suhrkamp, 1997. p. 15.