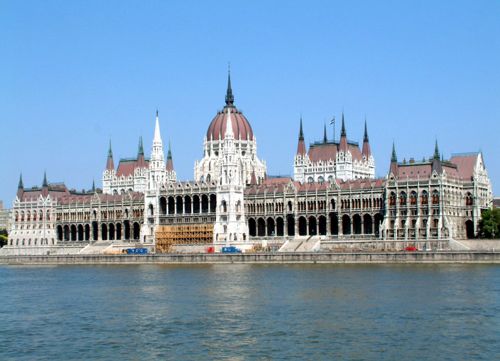 Amidst the Ukraine crisis, Hungary is approaching the 2022 parliamentary election on 3rd April. Opinion polling has been carried out, reflecting a society of diversity and complexity. The following article by the Hungarian historian Dr.László Flamm offers the reader a perspective from a scholarly observation.

The Open Society Foundations (OSF) were established by George Soros, a Hungarian-born American investor. Soros has been a strong supporter for spreading his Western democratic ideals for more than 40 years. Today, OSF have branches in 37 countries and operate with an annual budget of one billion US dollar. In addition, there are 200 organizations, donated by Soros, working also to realize his mission in around 120 countries in Europe, Asia, Africa and America. Several of those countries consider the Soros-backed organizations as the primary means of foreign influence associated with anti-government propaganda. Three areas of foreign influence, exercised by Soros-network, have been identified in Hungary:[1] donations to non-governmental organizations (NGOs), support for political groups and the media domain.

The Soros Foundation in Budapest was established yet in 1984. Until 1989, the Foundation carried out activities such as distribution of political and literary journals across the country, propagating system change into Western liberal democracy and calling for a multi-party system and free government elections. The journals were distributed by political activists who had direct connections to the Soros Foundation’s staff and organized also anti-government demonstrations that were disbanded by law enforcement agencies. The protest organizers and keynote speakers were arrested for their attempts to destabilize the country’s political and social order. At this time, Hungary was part of the Soviet Bloc, therefore, the Soros Foundation’s support to publishing the aforementioned journals and promoting public participation in anti-government actions were illegal and recorded as anti-state activities.[2]

From 1990, when Hungary transformed from socialism to Western-style democracy, the Soros Foundation could reach out a much bigger number of Hungarian NGOs than before. The outreach programs included foreign and domestic scholarships, support of journalists and research funding targeting on the civil society.[3] The Foundation established a wide network, which, however, became a closed community of scholars in the eyes of the Hungarians. People could get into this elite club only through confidential, friendly relationships. This exclusive club consisted of intellectuals living in Budapest, who participated in the anti-government movements yet in the 1980’s, and committed themselves to promoting Western democratic ideas. The club members, at the same time, were influenced by mistrust of other Hungarian political and social groups whose philosophy of life was deeply rooted in conservative Eastern European values.

Those civil actors, activists and scholars who could manage to get into the inner circle of Soros Foundation’s network in Budapest, were, later on, placed by the Foundation in influential positions within NGOs in Hungary, Europe and overseas. In this way, Soros-backed organizations gained influence over a significant part of the European funding system beacuse their experts were elected into authorities which decided on projects submitted by Hungarian organizations in many areas from environmental protection, business development to education. The main reasons, why many of the Hungarian applicants never got funding to realize their ideas, remained unclear to the public. Therefore, critical voices had been raised, saying that decisions of Soros-supported organizations about project’s funding were not transparent. As a response to the criticism, the government, led by Viktor Orbán, took measures in 2014 and stopped the activities of Soros-backed NGOs by distributing European funding within Hungary.

Nowadays, there are two types of NGOs which gain funding from the Soros-network to their operations in Hungary: branch offices of international civil organizations which have their headquarters outside of Hungary, or civil organizations which were established in Hungary. The latter group includes, among others, NGOs which are active in many fields, e.g., in arts and culture, where the OSF provided a 1.1 million-euro grant in 2019 by stating that those artists, who act against the government, don’t receive funding. There are also NGOs, engaged in political issues such as the Hungarian Helsinki Committee (HHC) which every year receives donation from the Open Society Foundations.[4] The Helsinki Committee is actively engaged in anti-government actions in Hungary, for example, during the 2018 national elections their activists were protesting against prime minister Orbán while he gave a speech, or when they damaged campaign advertisement posters of the government.[5]

The Soros’ Foundations offer financial support also to internet activists’ networks. This latter group is represented by Avaaz, a New York-based global online activist platform[6], that was also intervening in the Hungarian 2018 national elections. Avaaz placed paid advertisements on the Hungarian social media sites with the intention to oust the government from power. Avaaz used also Facebook and Messenger to find followers in Hungary and, later on, sent them a circular letter acknowledging that the organization would join the anti-government campaign. It was considered that Avaaz circumvent the Hungarian election law by making externally launched political advertising. Four days before the elections, Avaaz was on the offensive again and started its campaign on Facebook and sent circular emails across the country for promoting candidates against the pro-government runners in each electoral district.[7] After the 2018 election Orbán’s government adopted a legislative package regulating the operations of NGOs in Hungary and according to this, legal persons shall be penalized if they help those who have come to Hungary illegally. The category of foreign-supported organizations has been also established which means that Hungarian NGOs are obliged to register themselves at the court in case if their income from abroad exceeds 20,000 euros. In addition, financiers of immigration can be kept away from or even banned from Hungary. These measures were seen as a response to political activism and an open-door migration policy promoted by Soros-founded civil organizations.

It is important to note that the OSF Budapest was cooperating closely with the Central European University (CEU) that was established also by Soros in Budapest yet in 1991.The CEU had a clear vision, namely to promote Western democratic ideals among young generations seen them as future representatives of the political, business, academic and cultural elite of Central Europe. The CEU fostered critical thinking of its students about countries considered as being governed under authoritarian rule or posing a threat to the US’ geopolitical needs and interests. The university’s educational philosophy was viewed as a tool of politically motivated activity and criticism of Hungary’s government. A new educational law was adopted in 2017 and introduced strict regulations for universities operated by non-EU countries in Hungary. The Hungarian authorities did not consider the university’s efforts to comply with the legislative changes to be adequate, therefore Soros decided in 2018 that the CEU will close down its activities and the university moved to Vienna the same year. In 2021, the laws relating to the educational domain and the NGOs deemed discriminatory by the EU Court and were repealed by the government.

Before the democratic changes took place in Hungary, the Soros Foundation in Budapest had also financed political activities which was considered illegal at the time. The Foundation supported political groups in different ways, e.g., through scholarships to top universities in UK and the United States, or purchasing real estate which was necessary for them to launch anti-government actions. Those groups soon formed national parties and gained political power. One of them, the Alliance of Free Democrats ruled Hungary between 1994 –1998, and 2002 – 2010. The free democrats were seen as a political party whose members advocated the democratic values of the Western world and occupied a dominant position in the Hungarian business and cultural life in the past 30 years. Since 2010, when the new government, led by Orbán, has been ruling the country, Soros is supporting anti-government propaganda and activities of political party foundations, party-related youth movements and lobbying organizations within Hungary and abroad.

Soros and his foundations provide funding to journalists, the printed and on-line media, as well as press agencies producing reports for smear anti-government campaigns. Several countries are using these media reports as a reference for criticizing Orbán’s government and imposing sanctions against him. There are opinions that media reports broadcasted by Soros-backed organizations are biased and created a distorted image of Hungary. It is also stated that the majority of foreign press agencies do not know the real situation in Hungary because their news producers cannot speak Hungarian, and they usually obtain information from anti-government media sources.

There are also voices that anti-government media groups have damaged the financial interests of Hungary by exercising political influence over the European Union’s leaders. The EU has established its protection tool, the “Rule of Law Mechanism”. Within this mechanism, countries that don’t follow norms considered to be characteristics of open societies, such as protection of democracy, freedom and human rights, are labelled as undemocratic, and subject to financial sanctions which in practice means the withdrawal of EU-funding. The Hungarian government is convinced that this step is a political blackmail against countries that disagree with the ideals of open societies. What’s more, these ideals are propagated by opinion leaders who are shrouded in a cloak of independence and objectivity, when they use biased media reporting of Soros-supported NGOs in order to influence political decision-making about Hungary.

Hungarian academics and policy-makers express their concerns that there are NGOs damaging stability, national security and the financial interests of Hungary. In this respect, Soros and participants in his global network regarded as political activists who carry out anti-government propaganda and activities. Anti-government actions may destabilize countries which should be avoided in these turbulent times. It might give us an opportunity to perform analyzes on the changing patterns of the political/ethical value systems that exist in the Western world. This revision work should include the creation of new theories on international relations in order to diminish the ideological barriers which is vital to creating a safe post-pandemic world.

[1] The Birth of the Soros-Empire. Publisher: 21st Century Institute, Budapest, 2020 (Available only in Hungarian) Link: https://www.xxiszazadintezet.hu/a-soros-birodalom-szuletese/

Be the first to comment on "Dr. László FLAMM: Hungary’s Struggle Against Foreign Influence – The Case of Open Society Foundations"