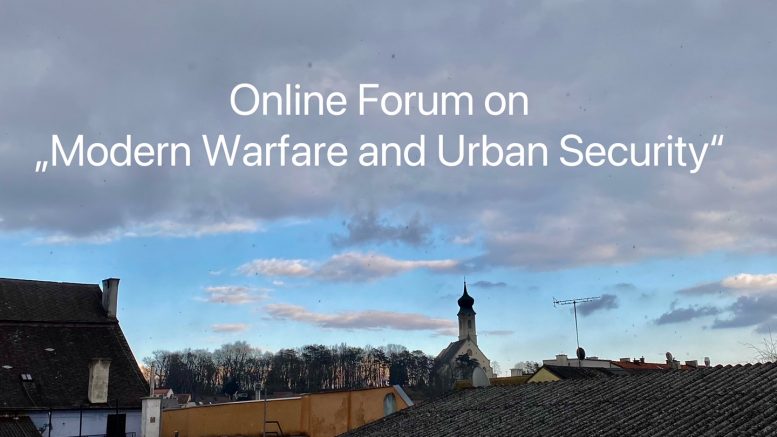 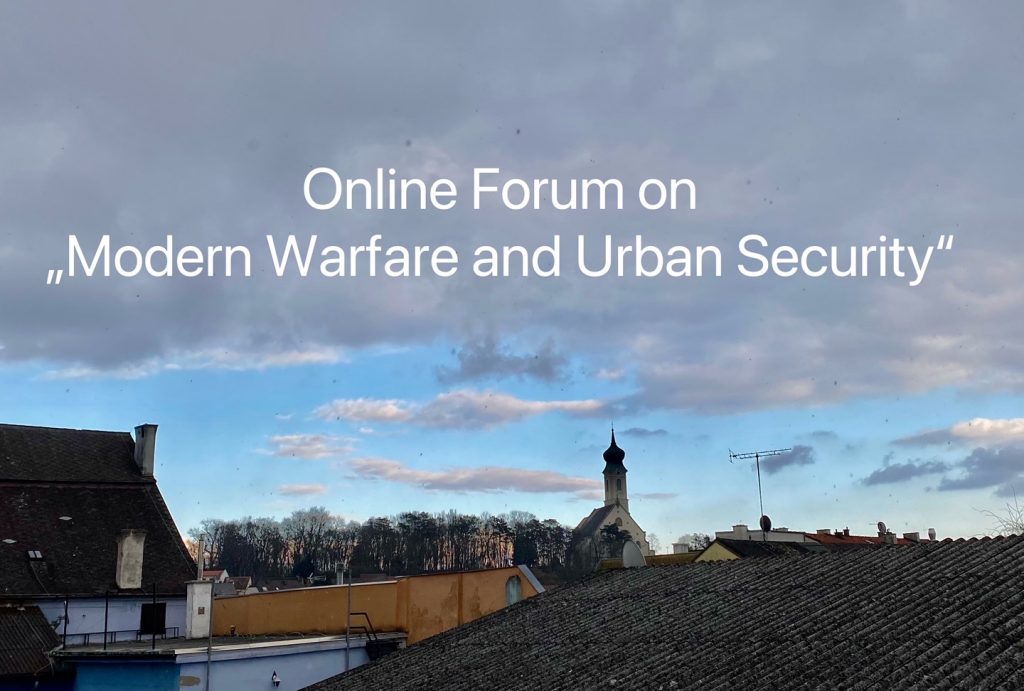 We are proud to announce the upcoming forum on Thursday, 17. March 2022 on the topic of „ Modern Warfare and Urban Security”, an event co-organized by URBAN FORUM and SINOPRESS.

In the wake of Russian military invasion of Ukraine, urban security becomes an imminent issue, especially in Europe. The complication of modern warfare with the possible cold, warm, or hybrid forms – even the use of energy weapons – requires the development of sophisticated modern approaches to manage the collective security, to reshape military-inspired city planning and to organize city dwellers in emergency.

At the same time, the background of modern warfare has often to do with geopolitics, as is shown by the Ukraine crisis right now. To understand the direct worries, historical argumentations or pure excuses for raising a war, is to help understand how to build up better urban security.

One of the excuses Putin used to justify his military invasion of Ukraine is “genocide”. The term “genocide”, as a matter of fact, has been often used or misused for different geopolitical considerations in the past years.

The upcoming forum aims to analyze the present geopolitical catalyzers for conflicts or wars, the destructive means to achieve the goals of a modern war, the dangers faced by urban regions, the approaches to enhance the urban security so as to avoid the worst-case scenario, as well as other related issues.

Urban Forum is a non-profit association in Austria with the objective of enhancing the meaning of urban, municipal local affairs. It is about raising the awareness of the strength of city economy, promotion of the idea of regional and cooperative thinking, support of public economy and public enterprise (services for the public, sustainability etc.), contributing a modern administrative reform and all with the emphasis on the values of the European Union. (urbanforum.at)

Topics to be discussed: