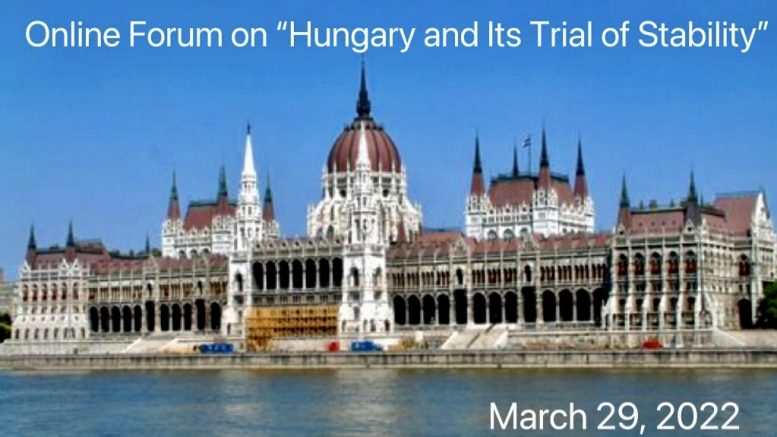 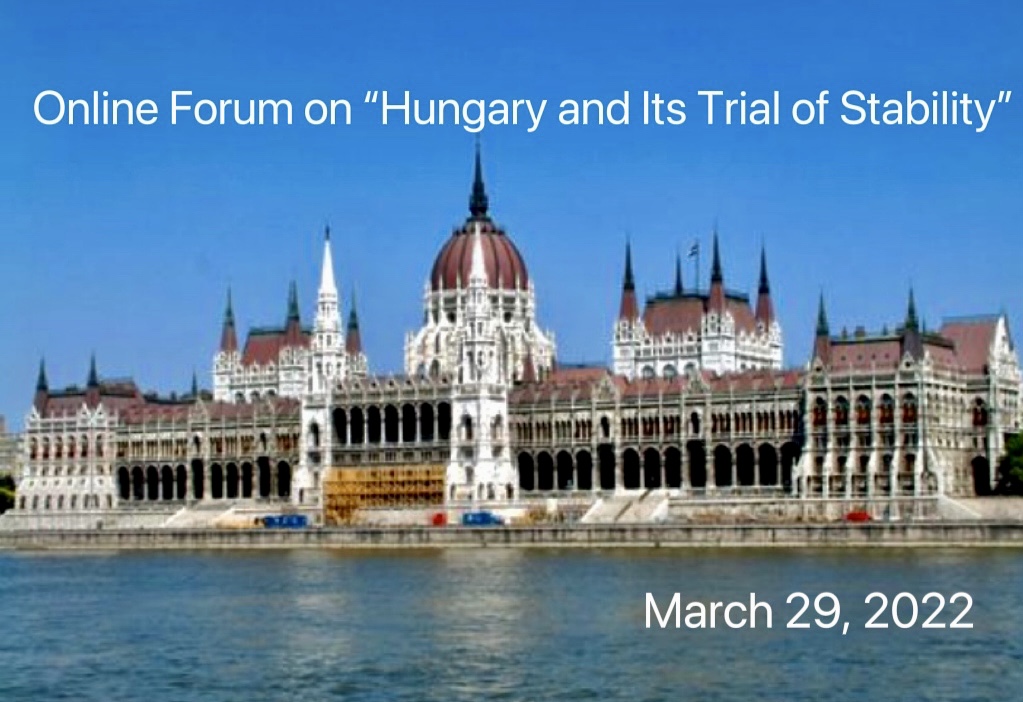 We are proud to announce the upcoming forum on Tuesday, March 29, 2022 on the topic of „ Hungary and Its Trial of Stability””, an event co-organized by Dr. Laszlo FLAMM and SINOPRESS.

Dr. Laszlo Flamm is a Hungarian historian and foreign policy expert; SINOPRESS is an independent, non-profit and self-supportive media outlet based in Vienna dedicated to the free expression of cultural and social opinions east and west.

As the 2022 parliamentary election is at the doorway, Hungary is put to the trial of social stability. Opinion polling has been carried out, reflecting a society of diversity, complexity and polarization. Facing much challenge of the opposition parties at home, the Hungarian Prime Minister Viktor Orbán has insisted, amidst the Ukraine crisis, that his country must “stay out” of the conflict concerning Ukraine.

Orbán’s worries are real. Social and political conflicts at home are imminent for him. For a long time, Hungarian society has enjoyed the innovative spirit. The medium-sized companies benefit from the economic boom. The countryside is doing well. All these have ensured Orbán’s success. Yet the geopolitical situation is changing. COVID-19 and the Ukraine crisis have added salt to the wound.

Meanwhile, a notable social destabilizer has been playing a role all the way since Hungary transformed from socialism to the Western-styled democracy. Foreign ideologies poured in, together with foreign money. An often-cited case is the Open Society Foundations (OSF) founded by George Soros. Throwing in more than $32 billions of his personal fortune to fund the Foundations’ work around the world, Soros established the outreach programs including foreign and domestic scholarships, support of journalism, information and digital rights, as well as research funding targeting on the civil society and more.

When the new government led by Orbán came to power in 2010, OSF began to support anti-government propaganda, helping the activities of political parties and party-related youth movements, broadcasting biased reports, creating distorted image of Hungary, and lobbying for anti-government organizations within Hungary and abroad. One such organization is the Hungarian Helsinki Committee (HHC). Receiving donation from the OSF, it is actively engaged in anti-government actions in Hungary. Between 2015 and 2018, the ideological struggle gained a tremendous pace. OSF-backed activists and non-governmental organizations launched campaigns in Hungary to promote the open-door migration policy for the sake of political influence.

Orbán’s Hungary has, therefore, made some policy changes towards more conservative direction. At the same time, the country continues the eye-catching achievements in the fields of medicine, engineering, IT services, agriculture, architecture, music, literature and language, etc. Hungary has thus proven itself to be an open society that fosters the spirit of creativity and innovation. In addition, Orbán opens his ears to the rural voice in Hungary which is an important component of Hungarian population. During the financial crisis of 2008, the back then opposition leader took the side of common people in Hungary against the Budapest elites. When the EU failed to deliver Covid-19 vaccine to the 27 member states in a timely fashion, Hungary was the only member state to have opted for the Chinese and Russian vaccines. The decision worked out well.

Facing the election, Orbán’s Fidesz party has obviously years of organizational efficiency and consistent messaging. This is not the case with the opposition parties, which shows a mix of different ideologies. The left-wing Democratic Coalition (DK), the radical right-wing Jobbik, the centre-right conservative Márki-Zay’s movement and more have only reached some consensus after enough bickering.

The upcoming forum on “Hungary and Its Trial of Stability” aims at analyzing the status quo of the Hungarian society, its historical backgrounds, as well as the challenging factors for its future stability.

Issues to be covered: