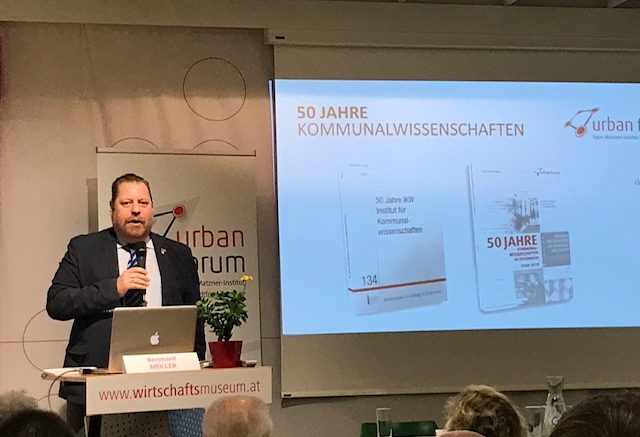 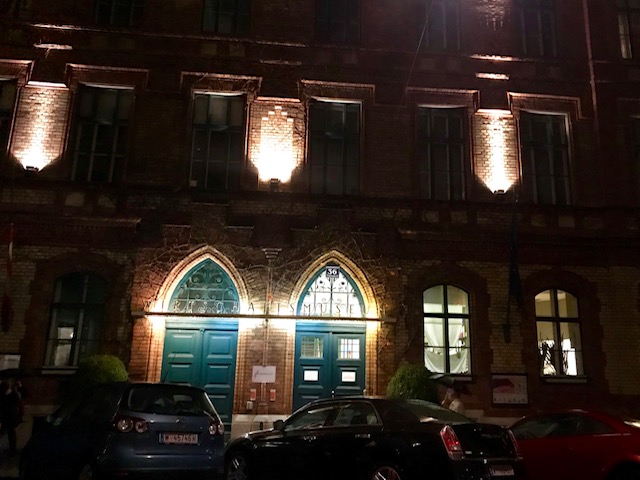 On 12. November, Urban Forum with Bernhard Müller as its president held a book presentation event at the Wirtschaftsmuseum in Vienna, introducing the new book “50 Jahre Kommunalwissenschaft” (50 Years of Municipal Science). 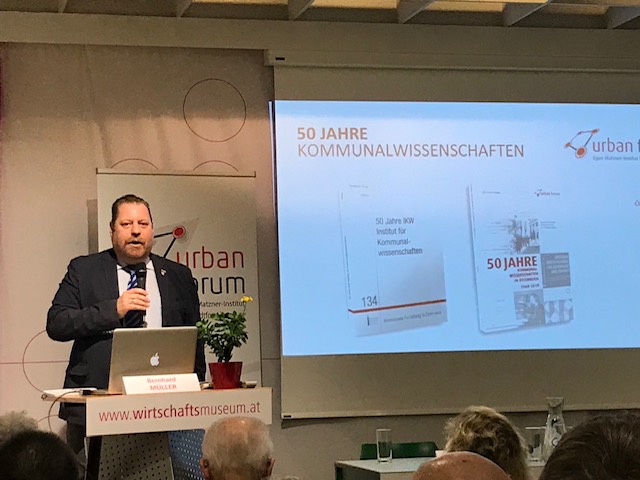 The evening enjoyed the presence of quite a number of important participants in the fields of academia, economy, politics and diplomacy. As the publisher, Mr. Müller, ex-mayor of Wiener Neustadt, moderated the event and gave a brief introduction to the book. Topics on public space, health, housing, education and more are by all means essential when talking about municipal science. 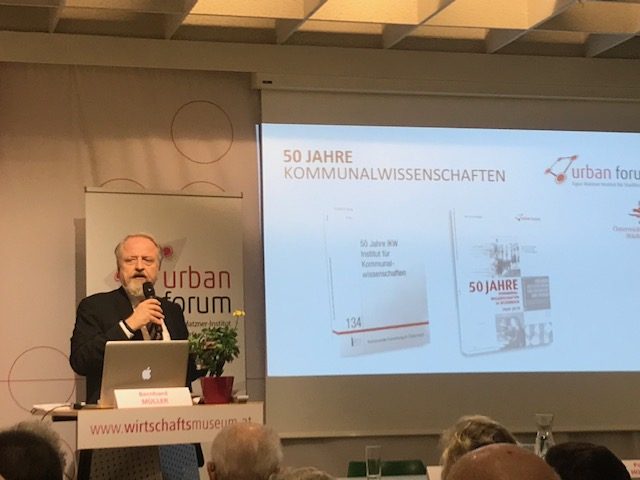 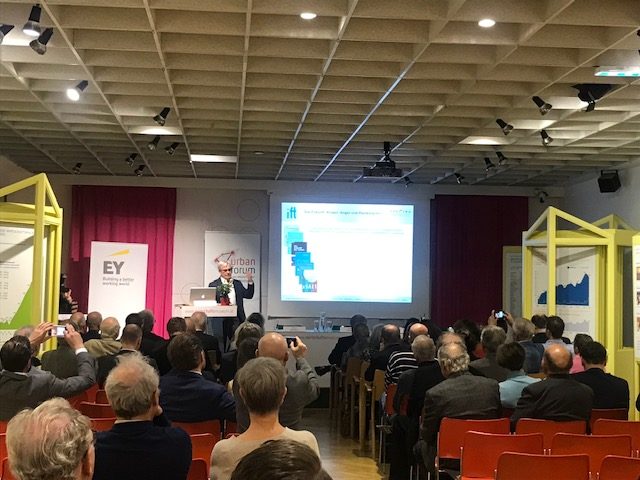 The other keynote speaker Peter Zellmann is a renowned social and future researcher as well as director of IFT. He offered the audience insightful views on tourism and sports concerning municipal science. 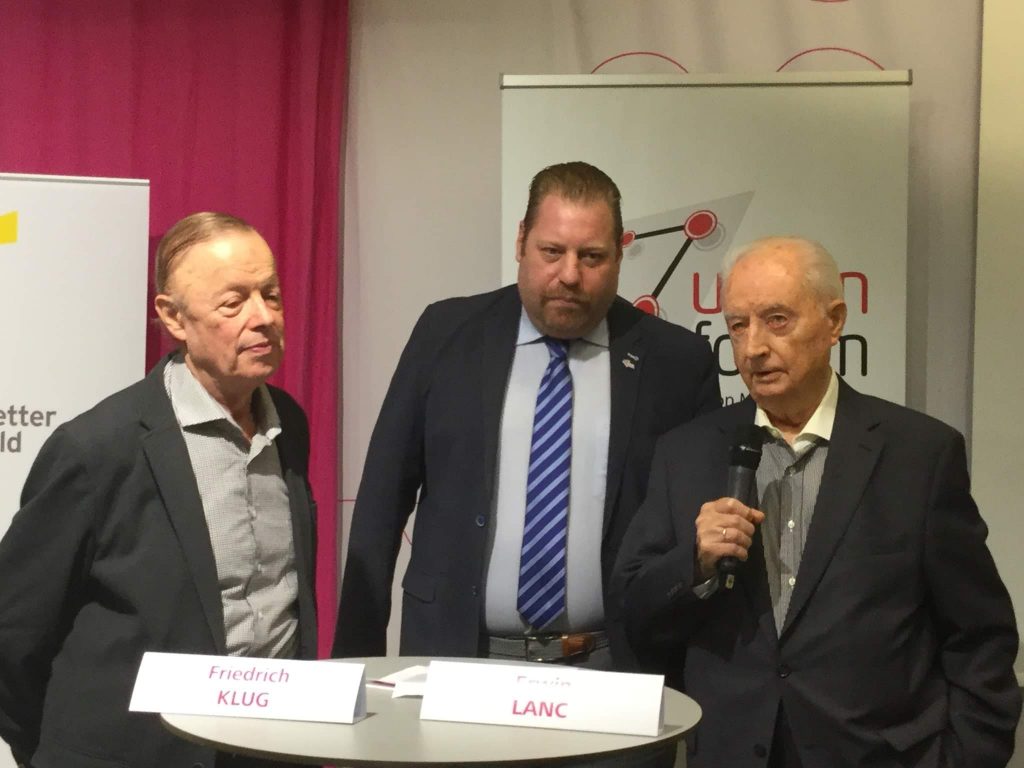 The evening saw a meaningful talk between Erwin Lanc, ex-Director of IKF, and Friedrich Klug, university lecturer and IKW director. The podium discussion with Peter Biwald from KDZ, Verena Madner from WU and Thomas Weninger from Austrian City Association, moderated by Patrick Horvath, Secretary General of WIWIPOL, probed deeper into the subject which aroused a big interest among the audience. 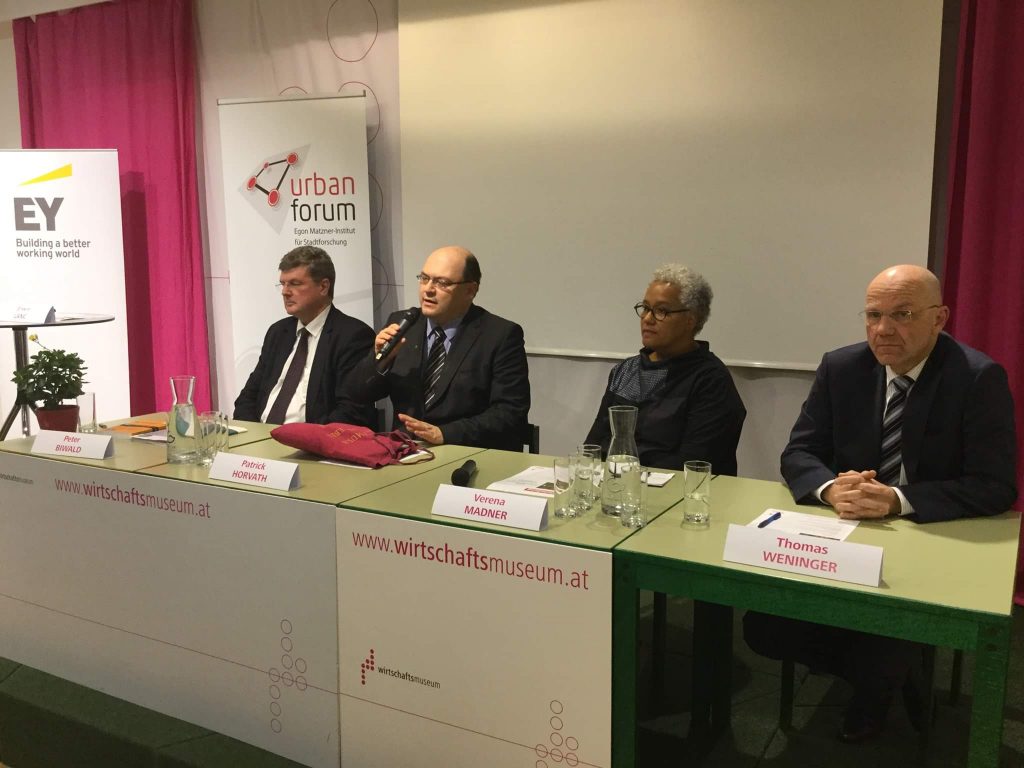 As was pointed out by the Urban Forum magazine (02/2019 issue), 66% of the Austrians live in urban environment. According to the UN estimation, by the year 2040, around 75% of the Austrians will be city dwellers.As a matter of fact, Vienna is the strongest city in growth in the German speaking world. Around 90% of the Austrians are satisfied with their living standard in their city. 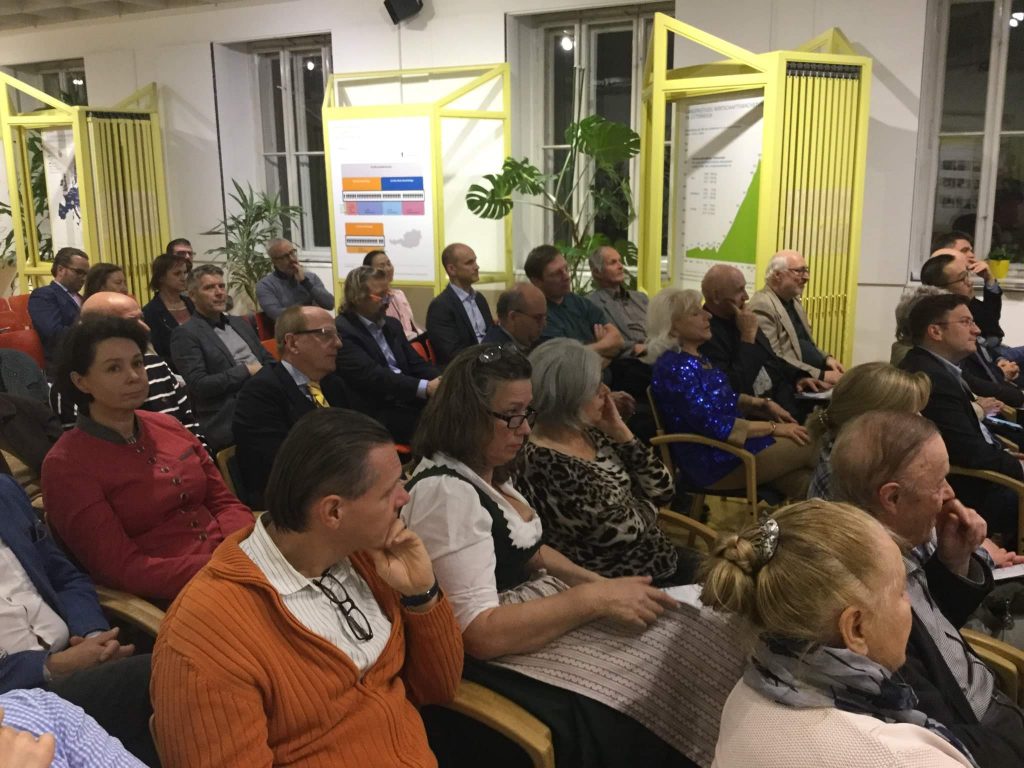 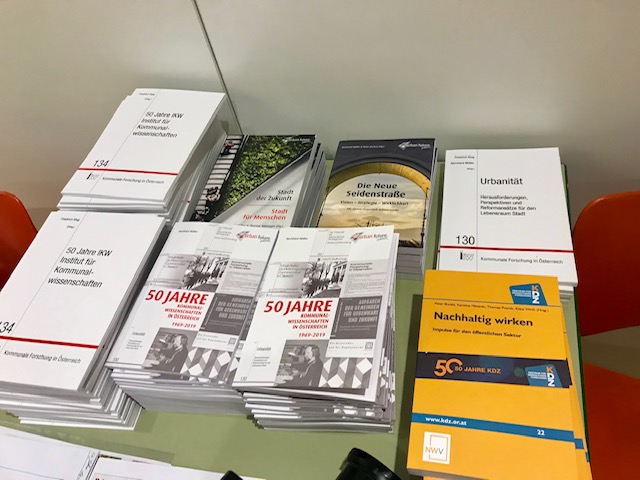 Be the first to comment on "50 Years of Municipal Science, Book Presentation by Urban Forum"