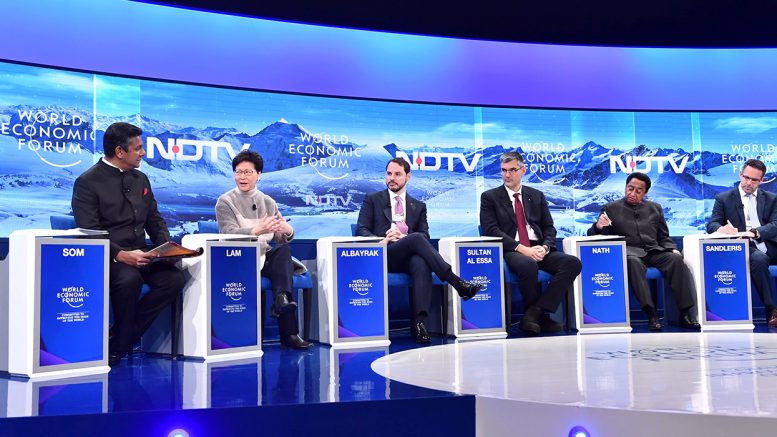 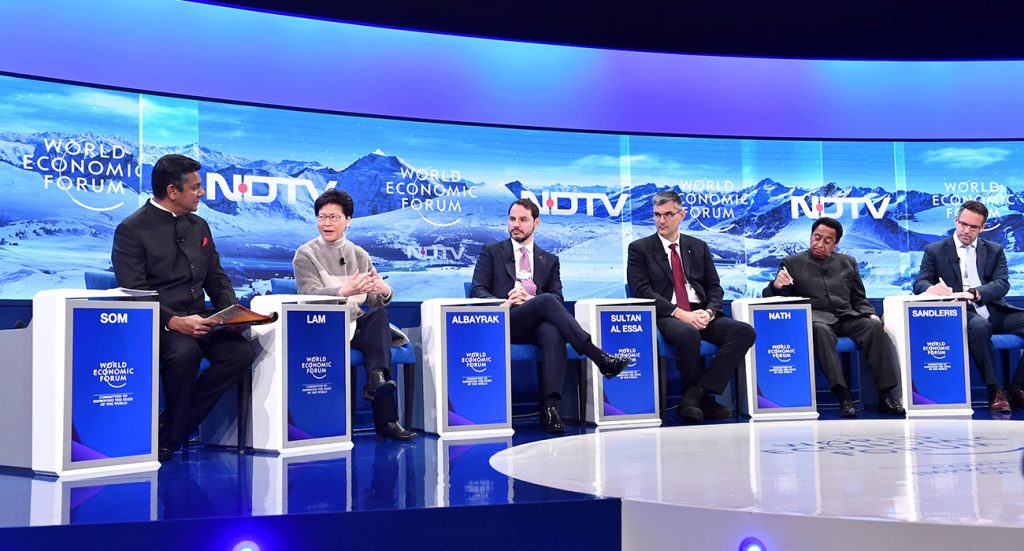 This year, Hong Kong’s Chief Executive Mrs Carrie Lam spoke at the Emerging Markets Outlook session of the World Economic Forum (WEF) Annual Meeting  in Davos, Switzerland, together with other high-ranking speakers, among them Mr Berat Albayrak, Minister of Treasury and Finance of Turkey and Mr Guido Sandleris, Governor of the Central Bank of Argentina.

On her five-day visit to Switzerland, Mrs Lam also met government officials and the business community. Accompanied by Hong Kong’s Financial Secretary, Mr Paul Chan, Mrs Lam called on the Mayor of Zurich, Ms Corine Mauch, on January 21.. Mrs Lam said she was pleased to meet Ms Mauch for the third time in three years, which was testimony to the importance that both Hong Kong and Zurich attach to the relationship between the two places. Pointing out that Switzerland and Hong Kong have always enjoyed close trade ties and that both Hong Kong and Zurich are international financial centers, she said that the two cities could learn from each other.

During a lunch meeting organized by the Swiss Bankers Association, Mrs Lam and the Head of the Swiss State Secretariat for International Financial Matters, Mr Jörg Gasser, the Chairman of the Swiss Bankers Association, Mr Herbert Scheidt, and other association members exchanged views on financial technology, private wealth management, the opening-up of the financial markets in the Mainland and the Belt and Road Initiative. Mrs Lam said that in order to create a favorable environment for the development of different trades in Hong Kong including the financial sector, the HKSAR Government would not only assume the roles of service provider and regulator, but would also act as facilitator and promoter.

Artificial intelligence being a hot topic, Mrs Lam attended a related entrepreneur dinner in Davos co-hosted by the Canton of Zurich and the Canton of Grisons, Switzerland. Addressing the representatives of I&T enterprises, Mrs Lam said that the HKSAR Government is keen to advance I&T development, and has in the past 18 months committed a total amount equivalent to US$10 billion towards an array of I&T programmes and initiatives, including the establishment of two world-class research clusters specialising in healthcare technologies and artificial intelligence and robotics at the Hong Kong Science Park.

During the trip, Mrs Lam also met with the Prime Minister of the Netherlands, Mr Mark Rutte; Prime Minister of Luxemburg, Mr Xavier Bettel; and Prime Minister of Vietnam, Mr Nguyen Xuan Phuc. On WEF’s invitation, she spoke at the Governors Meeting for Investors Industries and attended the Informal Gathering of World Economic Leaders: The World in the Age of Globalisation 4.0. She also graced the Belt and Road Seminar co-organized by the HKSARG with the Tsinghua University, the Greater Bay Area Night hosted by Hong Kong-based AMTD and the WEF China Night.

On January 24, Mrs Lam, Mr Chan and the Secretary for Commerce and Economic Development, Mr Edward Yau, attended the Hong Kong Night co-organized by the HKSAR Government and the Hong Kong Exchanges and Clearing Limited (HKEX), where Mrs Lam introduced to guests from around the world Hong Kong’s various advantages and future opportunities. She also expressed her gratitude to the HKEX, the Airport Authority Hong Kong and the MTR Corporation for their efforts to promote Hong Kong during the WEF Annual Meeting. The HKEX became a Strategic Partner Associate of the WEF last year, while the Airport Authority Hong Kong and the MTR Corporation are WEF Partners. Mrs Lam, in her welcome address, expressed her heartfelt thanks to Professor Schwab for attending the Hong Kong Night amid his busy schedule and for his encouragement and support for Hong Kong over the past year. ( Source: hketoberlin) 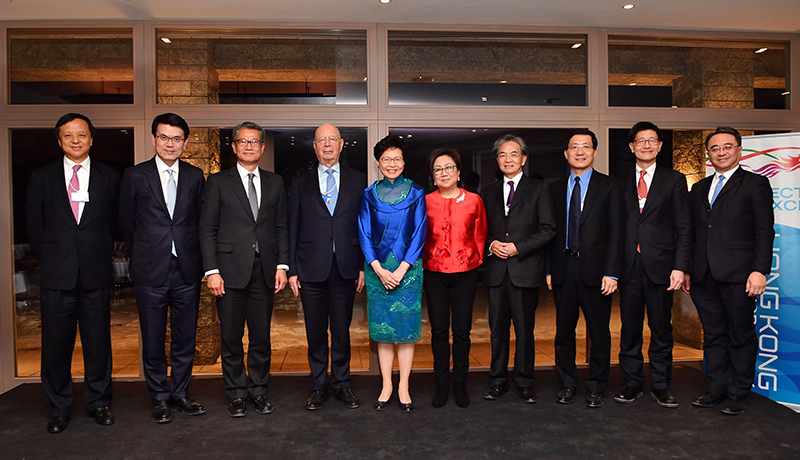