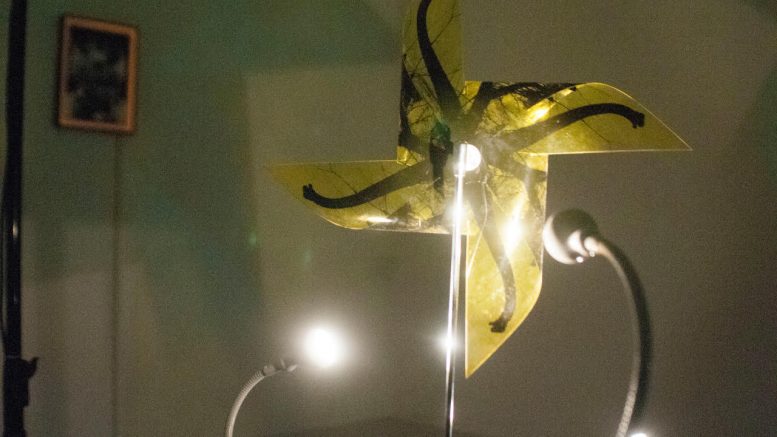 A recent exhibition in Vienna showed the unique art ideas of Birdhead,  which aroused a big interest in understanding the fleeting, mysterious yet real mentality of today’s Shanghai. The interpretation of SCHIFFAMT building in the 2. district of Vienna through the Asian eyes was yet another highlight for the opening ceremony.

Birdhead (Song Tao *1979 and Ji Weiyu *1980) have been working together and debating daily since 2004. They are taking over 10,000 photos every year, which are scanned and archived before re-appearing, in small numbers, in their work. No one is familiar with the Birdhead archive.

All that counts for the artists is the act of combining the individual photographs; for only then can they claim to be artworks.

Originally emerging from their observations of their native city of Shanghai, the work of Birdhead developed in a number of directions and now forms a complex oeuvre that features in exhibitions and enjoys an international presence in, for example, MoMA New York, the Biennale in Venice, the Tate Gallery London, Art Basel Unlimited and the Shanghai and Moscow Biennales. Their work is characterised as much by its dynamism and sustainability as by its spontaneity and creative aggressiveness.

In the exhibition conceived for Schiffamtsgasse 11, Viennna,  Birdhead transmit their message through the wind, which creates shadows and subdivides the wall with its movement.
A recently completed, complex lacquered painting faces three small works spontaneously created from scraps of paper taken from the waste drawer in the darkroom. Birdhead love this contrast between the punky piece, which was produced in three minutes, and the classic, multi-layered lacquered work, which was produced over the course of three months with the help of lengthy drying processes and incorporates techniques that are deeply anchored in the Chinese tradition. The individual windmills are focussed on an equally new series of still lifes from the Birdhead World, which are illuminated in their frames by soft LED colours.

The calligraphy in the centre of the wall 我梦有风 (wo meng you feng – there is wind in my dream, or translated as Dreamed breeze) sheds light on the exhibition’s aim of using these wind-driven dancing shadows to highlight the wonderful architecture of Schiffamtsgasse and its ceiling as it climbs towards the huge wall.

The world of Birdhead is underpinned by the position of the two artists and their ways of seeing and reacting to specific situations, combined with the complex transformation of the original photographic material into groups of works, installations and objective images. 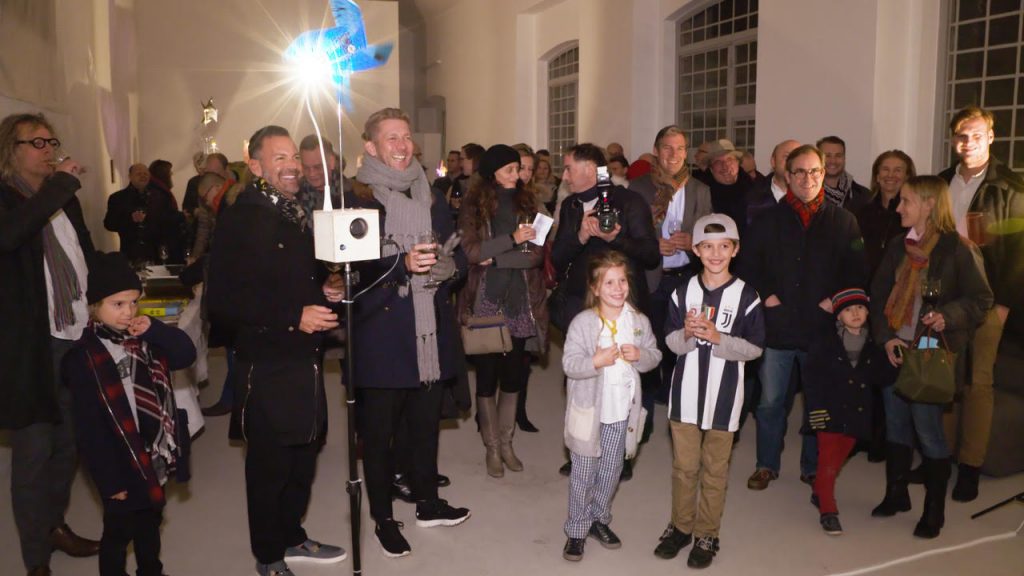