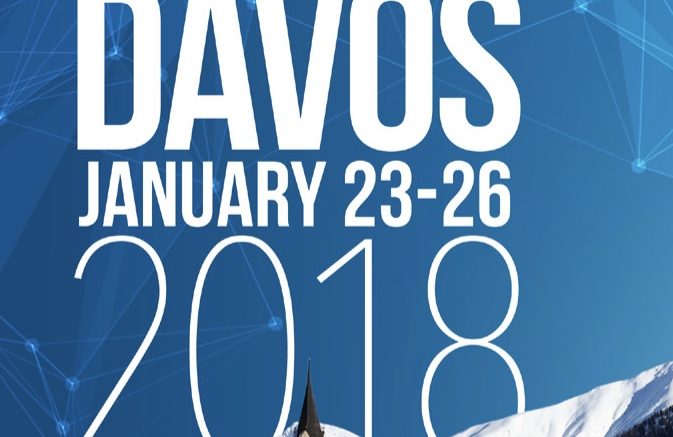 Recently, the 48th World Economic Forum (WEF) concluded its annual meeting in Davos. From the 23. to the 26. of January, 2018,  WEF saw a record high in participation numbers, hosting more than 3,000 guests, among them around 70 heads of state.

This year’s WEF was held at a time when fake news were no joke, challenging global politics. AI and Blockchain technology are shaking the business world. Meanwhile, environmental problems including climate changes and plastics pollution pose no less troubling issues.

It is a time when human beings are becoming more conscious of social change. We are willing to ponder more on our relationship with nature, we demand morality and humanity in the market economy, asking for more cooperation with each other instead of tribalism.

DAVOS is an opportunity for Chinese officials to speak out against protectionism. “The China One Belt, One Road is going to be the new W.T.O. – like it or not,” said the German industrial giant Joe Kaeser, CEO of Siemens. Liu He from China held a well-attended speech at this year’s forum, promoting Belt and Road Initiatives.

One of the biggest topics at the forum was e-commerce. In today’s digital world, China’s e-commerce explosion has become a big eye-catcher, overturning traditional trading concepts. Founder and Executive Chairman of Alibaba Jack Ma is doubtlessly one who pulled the trigger for the explosion. Yet he brought fresh perspectives and guidance in his speech for DAVOS 2018.

The official website of DAVOS 2018 summerized Jack Ma’s speech, stressing his open points about some of the key challenges the human world is facing, including the impact of technology,  the key to success, women in business, the future of globalization, the impact of artificial intelligence, learning from failure, the value of teamwork, the education challenge and the responsibilities of tech giants.

“My thinking is that – if you want to be successful, learn from the other peoples’ mistakes, don’t learn from success stories. The book I want to write is “Alibaba: 1,001 Mistakes“, Ma said.

Analysts have been showing grave concerns about the Trump administration and its aggressive trade policy. Yet Trump’s concluding speech at the forum was quite surprising.  In his speech, Trump delivered the message to top business leaders, politicians and celebrities that the US is open for business: „America first does not mean America alone.“

As anticipated by a White House official, Trump’s speech did focus on US economic successes, its commitment to open markets and the empowerment of people left behind by globalisation.”He’s looking forward to talking about America and in particular America’s role in the world,” the official added.

The World Economic Forum (WEF) 2018 seemed to have created a turning point for a better world, politically, economically, morally and environmentally. Committed to improving the state of the world, WEF, with its headquarters in Geneva, Switzerland, has been an international organization engaging the foremost political, business and other leaders of society to shape global, regional and industry agendas  since 1971.

WEF promotes itself as an independent, impartial organization, not tied to any special interests, carefully blending and balancing the best of many kinds of organizations from both the public and private sectors, international organizations and academic institutions. It strives to demonstrate entrepreneurship in the global public interest while upholding the highest standards of governance.