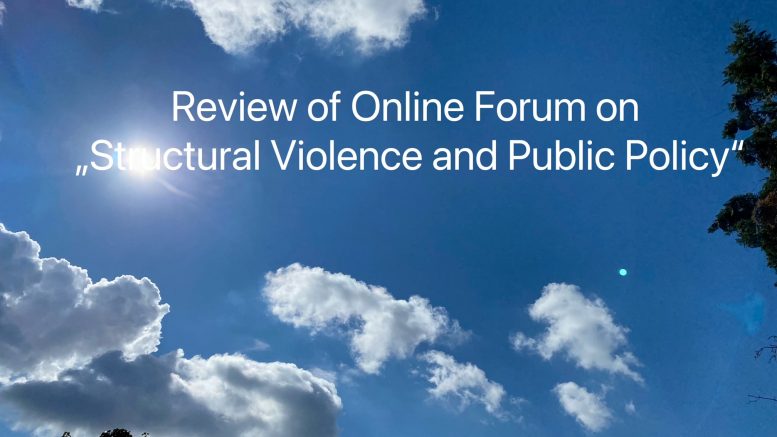 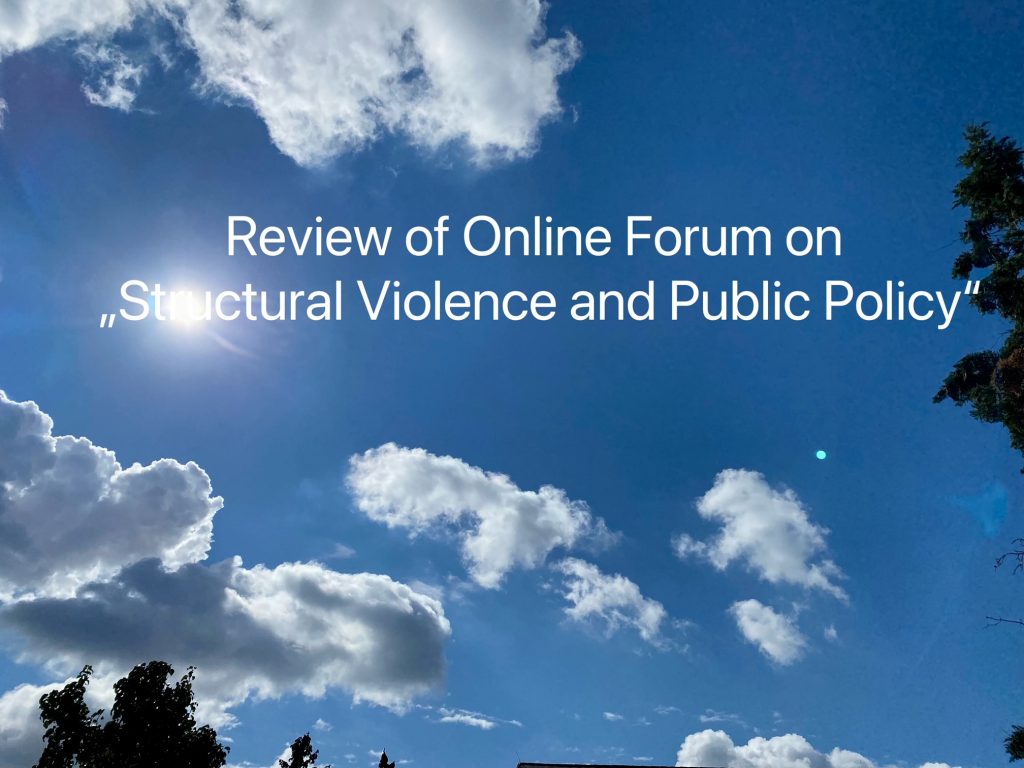 The online forum on “Structural Violence and Public Policy” was successfully convened on 14. June 2022.

Social violence, which involves a range of different social, political and economic contexts, is a complex phenomenon. Becoming a serious public problem, it has an increasing impact on members of society, especially in the complex context of the COVID-19 pandemic and the Russian-Ukrainian war. With “Structural Violence and Public Policy” as its topic, SINOPRESS invited the following experts including Dr. Laszlo Flamm (Hungary, historian, PhD, foreign policy expert), Dr. Anat Hochberg-Marom (Israel, geopolitical Expert), Dr. Franz Piribauer (Austria, public health expert, graduate of Harvard University), Mag. Bernhard Muller (Austria, political scientist), MMag. Florian Horn (Austria, lawyer, human rights expert), as well as MMag. Alice Schmatzberger (moderation) and other experts on 14. June 2022, for a talk about the concerned issues in the developed countries like Europe and the United States. 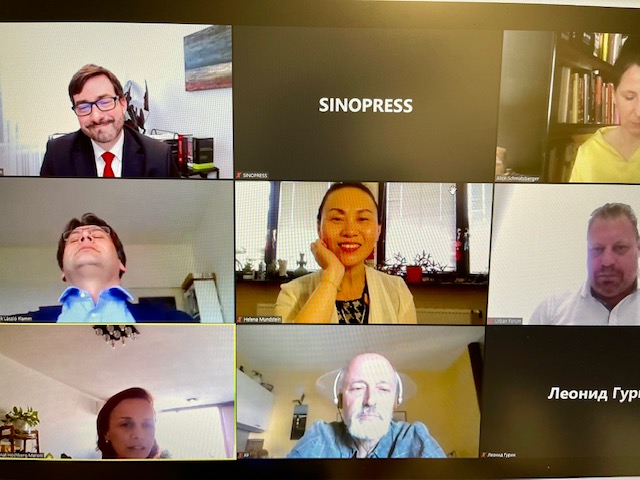 The participants of the forum focused on the current issues of “structural violence in modern society”, “increasing personal and social violence in the historical, social, legal, and other context ”, “areas of the production and distribution of weapons and their impact on the growth of social violence”, “scope of the expansion of individual freedom and its potential impact on society”, “structural violence in the United States and Europe” and “violence prevention through public policies and related mitigation programs”.

Concerning the US, experts took the recent frequent mass shootings in the United States as examples and analyzed – based on research data – the “structural violence” phenomenon there originated from the economic, social, political and historical conflicts which are rooted in racial and sexual discrimination, social and economic inequalities, especially the morality which claims to be “liberal and democratic”, yet problematic coming to daily life. 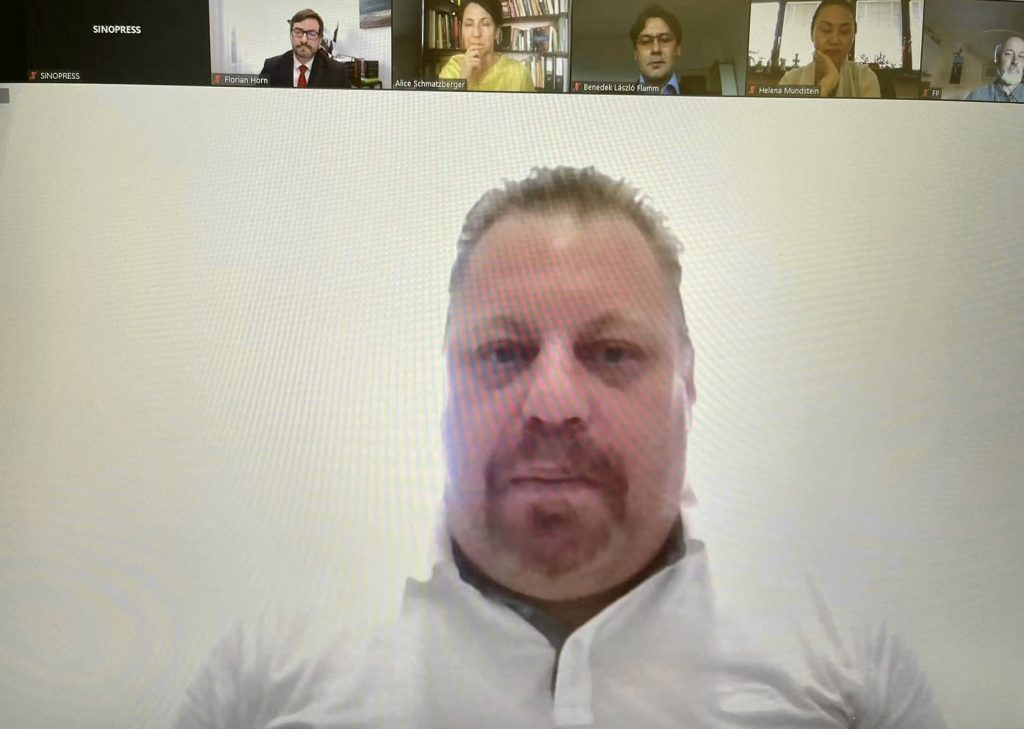 Mr. Müller noted that the right to own guns was enshrined in the Second Amendment to the US Constitution as early as 1791, as are many of the country’s legal norms in economic, social and other areas of life. The Amendment has remained unchanged for more than 231 years, supported by the reasons that there is no majority in the two chambers of the US parliament – the House of Representatives and the Senate – for tightening gun laws. The majority of the Republican Party is closely linked to the gun lobby organization National Rifle Association.

Mr. Müller said that one thing remains important and unchanged: the U.S. government’s reluctance to change the gun laws, which now even allow the carrying of automatic rifles, and will inevitably lead to even more structural violence in the country. 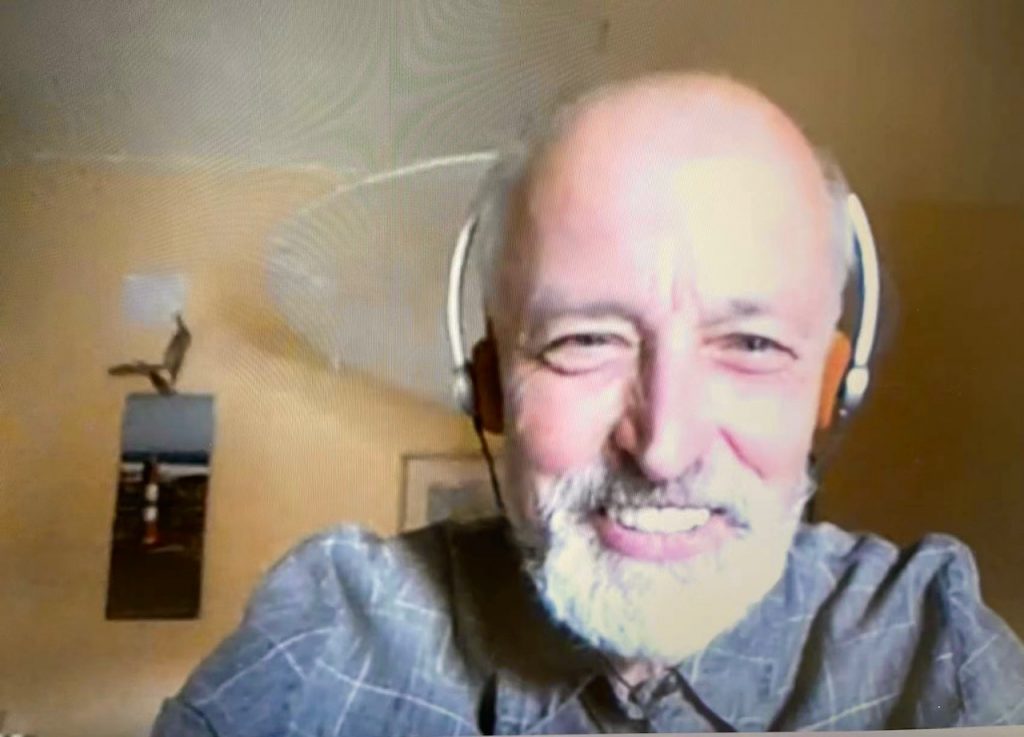 Mr. Piribauer, a public health expert, stressed that the large number of casualties in U.S. shootings is unusual. During the coronavirus pandemic, the number of people acquiring weapons and thus the cases of street violence in the US increased to unprecedented levels. Minor changes to the law on weapon ownership decades ago could have led to major changes in our time, he said, yet nothing is happening. 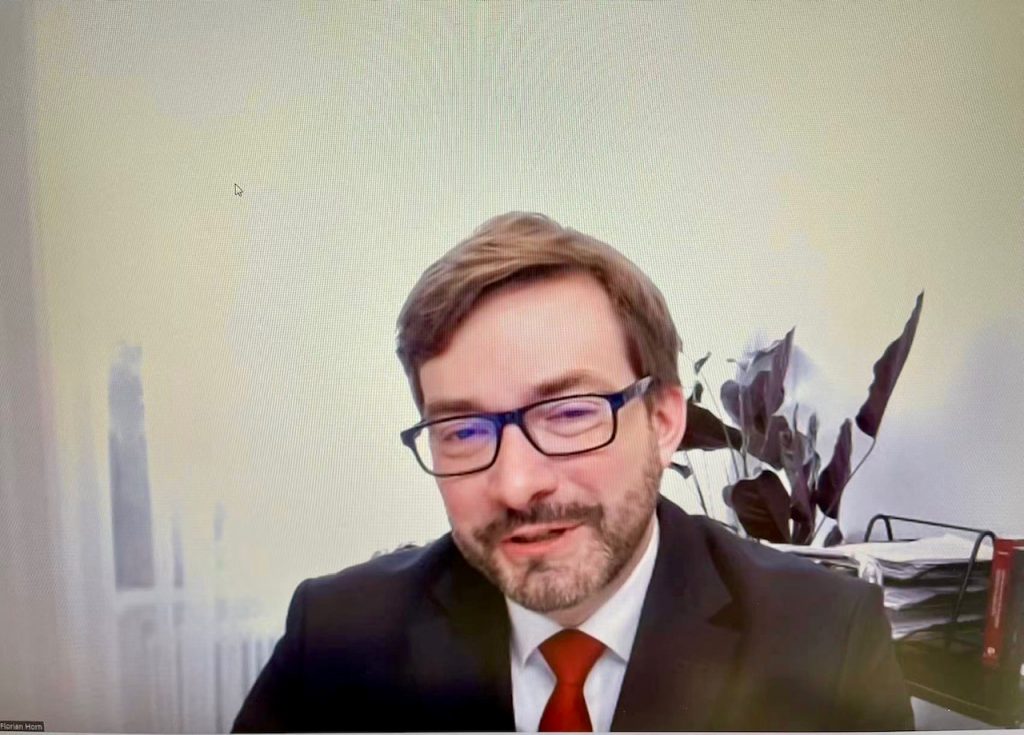 Mr. Horn noted that structural violence is a lack of trust in society by looking into violence through race and gender issues. Furthermore, he pointed out that it is important to recognize that the high value of personal freedom is not absolute. It is always grounded in a relationship to other persons. “We do have the right to personal freedom in different strengths and different variations. But meanwhile, there is the right of personal freedom for other persons as well”, he said. The mechanism needed to properly address these frameworks, he believes, is not violence, but proportionality and the weighing of different interests through public policies.

Mr. Flamm said that the US financial policy has been a particularly serious factor in the emergence of social inequality. As the rich get richer and the poor fall poorer, the percentage of Americans in the middle class has dropped since the 1970s, from 61 percent in 1971 to 51 percent in 2019. In addition, there are significant differences in income and taxes paid by white households and Afro-American/Hispanic households. During the Pandemic, the shortcomings of US financial policies were more evident: Minority families were the most affected, leading to a relentless increase in social conflicts.

As for the public education, there is also a negative trend: Several research findings showed that the US education policy doesn’t ensure equal opportunities for students across social and economic backgrounds. Wealthy families have an advantage. In economically developed states, schools receive more funding. Some schools in poor areas are not funded at all, and this is reflected in the social conditions in these areas.

Mr. Flamm criticized that as a response to the mass shooting in schools in the US, the Ohio State governor recently signed a law allowing teachers to carry guns 24 hours. They will also receive a training for using the gun. “This is definitely not the right direction to fight against violence in the US,” He commented. Without serious reforms of financial policy in the US, it is impossible to reduce the level of social conflict and structural violence there. 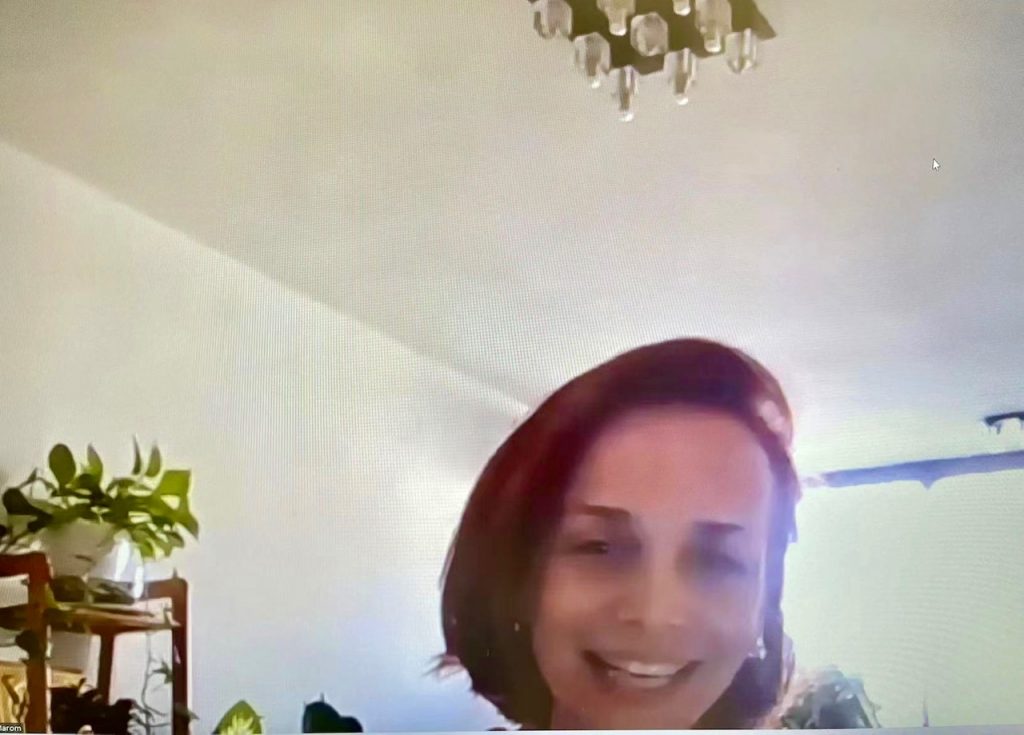 Ms Hochberg-Marom added that defining structural violence is not that easy. Mostly indirect violence, it is sometimes called institutionalized violence. At first glance, structural violence may seem an unfamiliar term to many people. Someone dies of AIDS, or other curable diseases in the modern world where the medicine exists yet is not accessible to them. They are classified as a form of structural violence because these deaths are preventable.

Concerning the mass shootings in the US, Ms Hochberg-Marom mentioned the following research published in 2017 in “Time Magazine”, where it was estimated that although it has only 5% of the world’s population, 31% of public mass shooting occur in the United States. Although the US is not the only country with mental illness, domestic violence, or hate-fueled ideologies, its gun homicide rate is 26 times higher than any other modern countries. In other words, the US has the most mass shooting of any countries in the world.

When dealing with structural violence, she said, various root causes which explain the widely spread devastating phenomenon should all be taken into consideration, like economic disparities, political and social tensions, racial and ethnic conflicts. But most of all, governments should urgently impose gun restrictions, all over the world and specifically in the United States, she stressed. 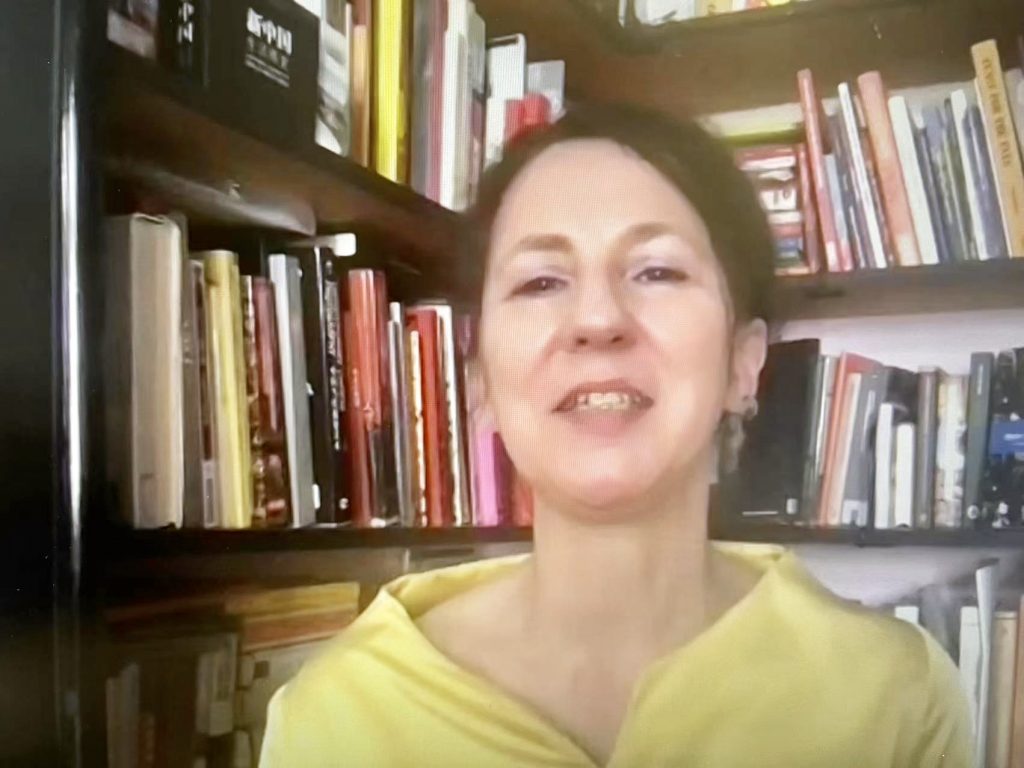 Summing up the discussion, forum moderator Ms Alice Schmatzberger reenforced the concept that structural violence is widely defined as the systematic ways in which a social, economic, or political system prevents individuals from achieving their full potential. Those systems include income inequality, racism, homophobia, anti-Semitism, Islamophobia, sexism, ableism, and other means of social exclusion leading to vulnerabilities. Subsequently, certain groups of populations are exposed to risks and vulnerabilities leading to increased morbidity and mortality. This shows the deep connection between structural violence and public policy as well as public health.

Following is a short video teaser: