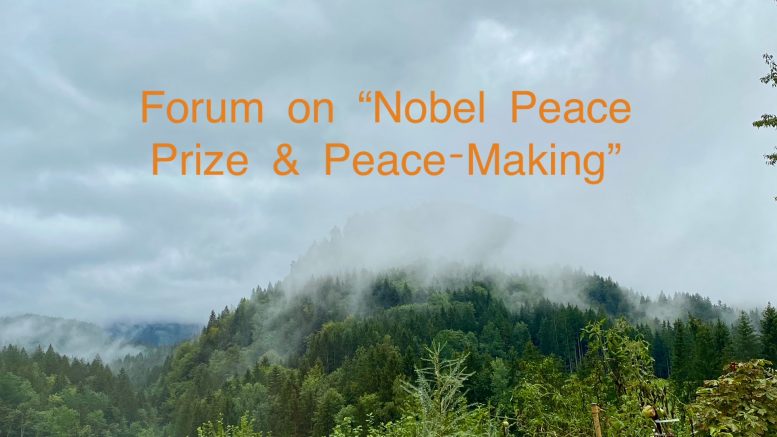 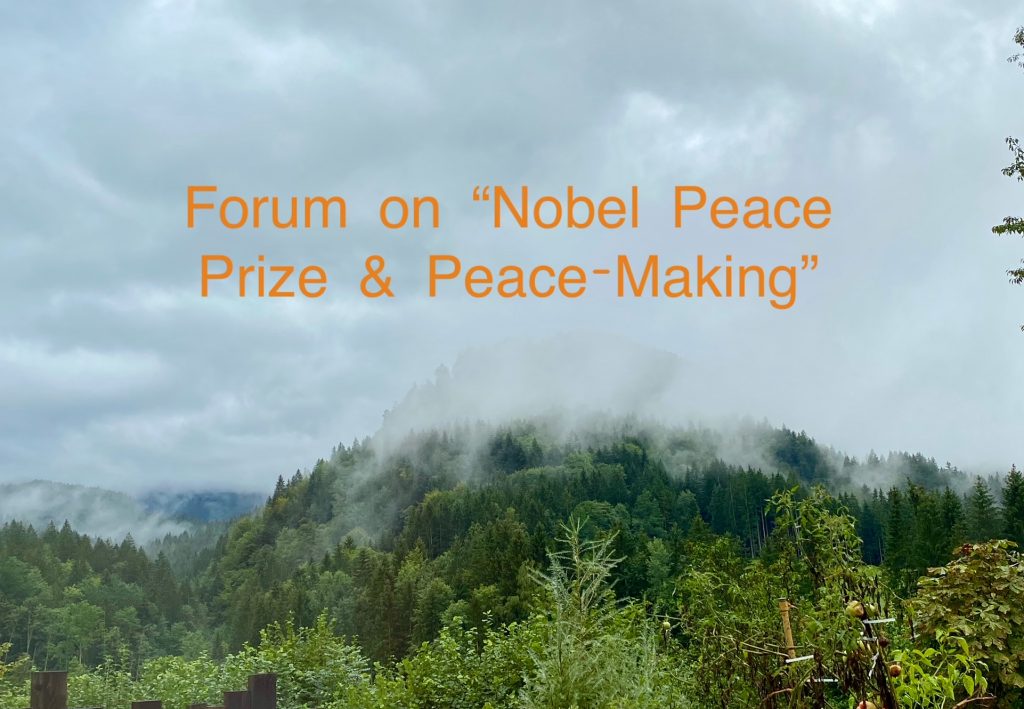 We are proud to announce the upcoming forum on Friday, 17. September, 2021 on the topic of „ Nobel Peace Prize and Peace-Making””, an event co-organized by URBAN FORUM and SINOPRESS.

Early this year, the Norwegian Nobel Committee stated that 329 candidates have been nominated for the 2021 Nobel Peace Prize. Among the announced individuals and organizations are NATO, Alexei Navalny, Black Lives Matter, Martin Lee and Campaign to Stop Killer Robots, etc… The question is: What is the ultimate goal of this Nobel Prize? Is it still for the sake of peace-making and peace-keeping?

Take a moment with NATO. NATO is put under the spotlight, as the dramatic situation in Afghanistan is holding the world’s breath recently. Participating in the rescue operation in addition to the US, a dozen other NATO countries have sent aircraft to Kabul, including Britain, Germany, Belgium, Denmark, France, Finland, Italy, Canada, Spain, Sweden, the Czech Republic and Turkey to get their people out of the crisis zone.

As a Nobel Peace Prize nominee, what role does NATO want to play in crisis operations and nation building in the future? In view of the experiences in Afghanistan, the tough defense alliance is left with a big question mark rather than any feasible concepts.

One might as well question the goal of today’s Nobel Peace Prize. For more than 100 years, the Prize has been awarded annually (with some exceptions) to those who have “done the most or the best work for fraternity between nations, for the abolition or reduction of standing armies and for the holding and promotion of peace congresses”, according to Nobel’s will.  Is NATO in line with the original goal? Is it causing more atrocities than peace for Afghanistan?

The Nobel Peace Prize is a prestige one, as those outstanding personalities in history proved. For example, the double laureate Linus Pauling who received his second Nobel Prize (the Peace Prize) in 1962, eight years after receiving the Prize in Chemistry. Linus Pauling used quantum mechanics to understand and describe chemical bonding, later vehemently campaigning against nuclear weapons and spearheaded a petition to ban nuclear testing.

According to the Norwegian Nobel Committee, Alfred Nobel’s friendship with Bertha von Suttner, the Austrian peace activist and later recipient of the prize, profoundly influenced his decision to include peace as a category. Furthermore, the reason Alfred Nobel let the Peace Prize to be administered in Norway, rather than in Sweden, is believed to be related to the concern that the Norwegian parliament, which was only responsible for domestic affairs, would be less exposed to manipulation by the government.

Yet in the past years and decades, the political tendency of the Nobel Peace Prize is not to be ignored. The award has been strongly influenced by current events and its interpretation under certain ideology, thus, not void of controverse. The selected people or organizations often have a polarizing effect, which generates hostility about the award decision. Obama once told Colbert that his Nobel Peace Prize is still a head-scratcher.

Looking back, the prominent Mahatma Gandhi, who advocated lifelong India’s peaceful struggle for independence, failed to be awarded Nobel Peace Prize. Jassir Arafat, on the other hand, got the Prize in 1994. But he had neither contributed to the peace nor done anything else that would justify the award. Again, the 2019 Nobel Peace Prize laureate Abiy Ahmed was largely responsible for the outbreak of civil war in 2020 between the central government of Ethiopia and the Tigray Province.

Today, the interpretation of the Nobel Peace Prize is broader than it used to be. In 1960, the Prize was awarded for the first time for commitment to human rights. Recognized for the first time were also work for the environment and sustainable development in 2004 and for climate protection (IPCC) in 2007.

As for organizations, however, the view on the Prize is polarized, too. The UN has been probably rightly awarded the Nobel Peace Prize for several times. Kofi Annan, for instance, got the Prize in 2001 alongside the UN for his work on a better organized and more peaceful world. The UN World Food Program won the Nobel Peace Prize in 2020. But on the occasion of awarding the Prize to the EU in 2012, former winners declared that the EU was “clearly not a champion for peace” and that the decision distorts the will of Alfred Nobel.

If the current Nobel Peace Prize is distorting the will of Alfred Nobel, and in which way or to which extend, is a question worth asking. Bearing this in mind, the upcoming forum in September 2021 intends to look into the subject in order to build up constructive dialogues among the invited experts.

URBAN  FORUM is a non-profit association in Austria with the objective of enhancing the meaning of urban, municipal local affairs. It is about raising the awareness of the strength of city economy, promotion of the idea of regional and cooperative thinking, support of public economy and public enterprise (services for the public, sustainability etc.), contributing a modern administrative reform and all with the emphasis on the values of the European Union. (urbanforum.at)

Topics to be discussed include: