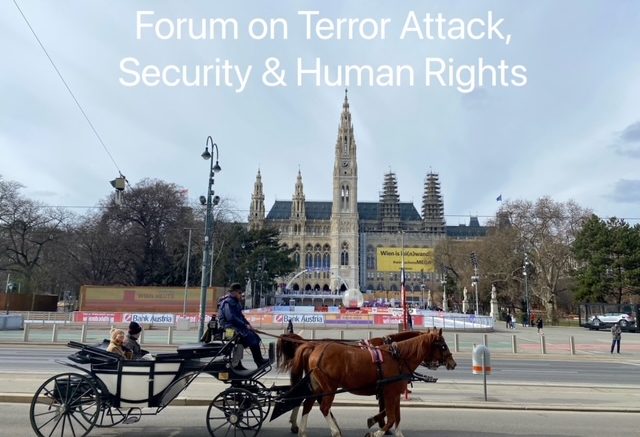 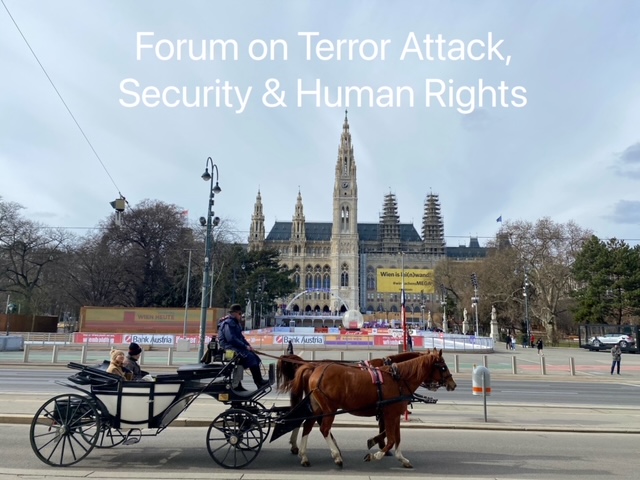 After the terror attack on November 2, 2020 in Vienna, on top of the pandemic lockdown, the topic of security vs freedom raised a lot of questions unanswered in Austria. This forum recalled the very terror attack and brought up the security issues of urban public spaces. The forum also aimed at such issues as the coordination of international legal instruments to prevent terrorist acts worldwide, the political challenges of cyber security, the social integration vs the religious freedom and the COVID-19 lockdown vs personal freedom. 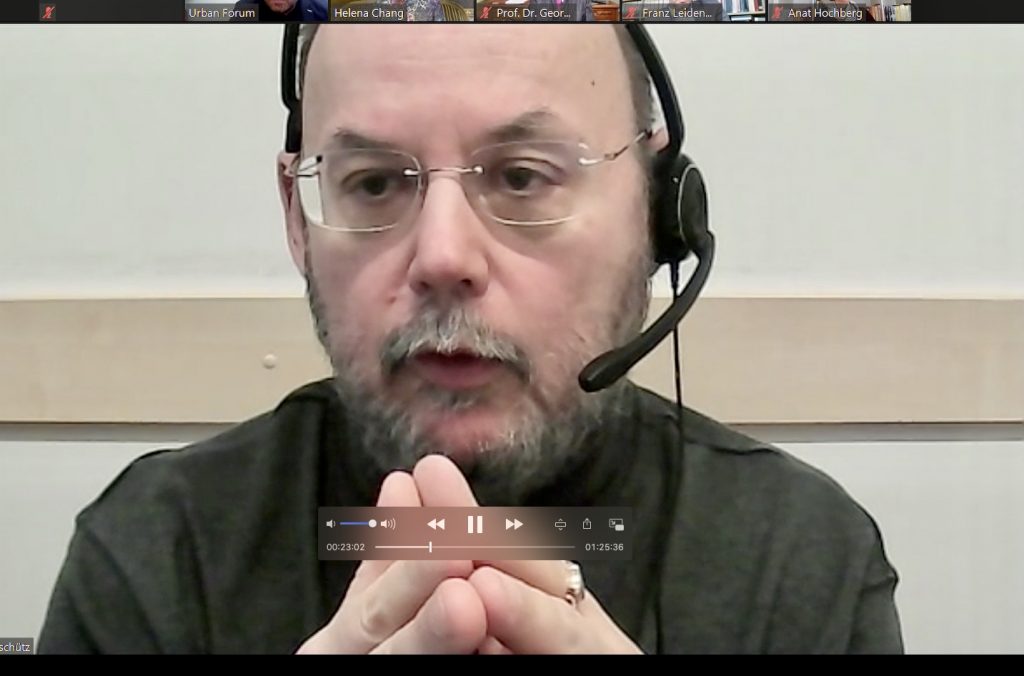 Vienna has been ranked the most live-able city in the world for quite a few years in a row already. Yet the fatal terrorist attack last year cast some shadow on it. How should the urban spaces be better protected from the political perspectives? Mag. Peter Florianschütz offered his insight to this question. Due to his rich experience with the cultural and media world, he also expressed his view on the relationship between freedom of speech and national security in a very inspiring way. 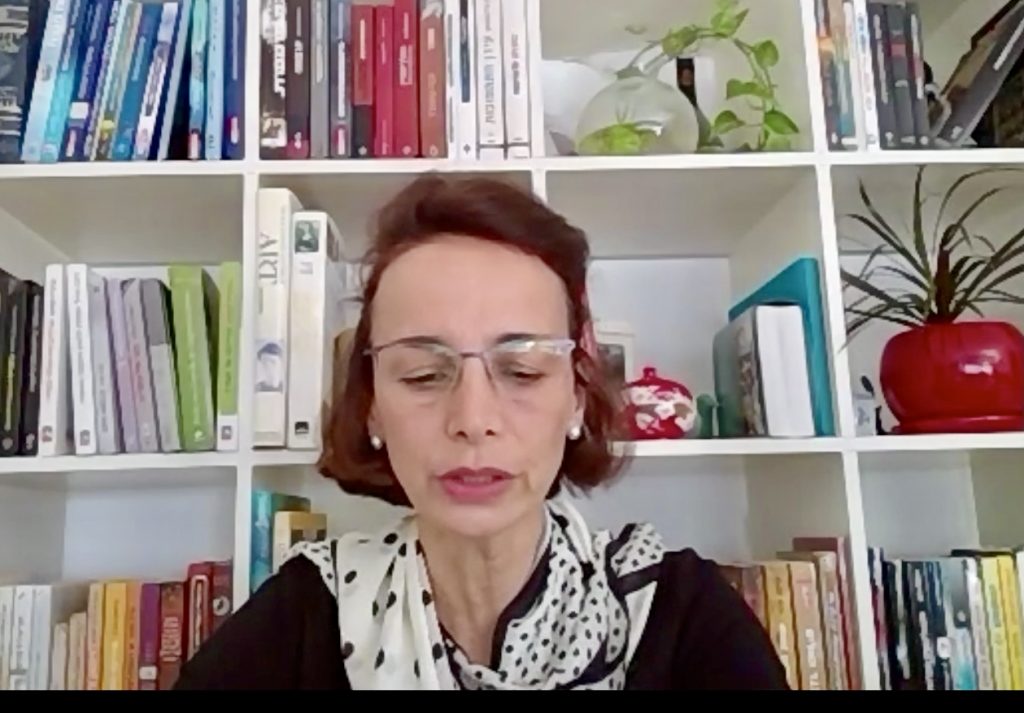 Dr. Anat Hochberg-Marom analyzed the situation of Austria which has been bound to neutrality since 1955. Very importantly, she talked about the enormous variety of social, political, economic, religious, psychological and other motivating factors as well as contextual circumstances identified as influencing the radicalization of any given individual. To avoid the religious radicalization, Dr. Anat Hochberg-Marom suggested some concrete measures to take. 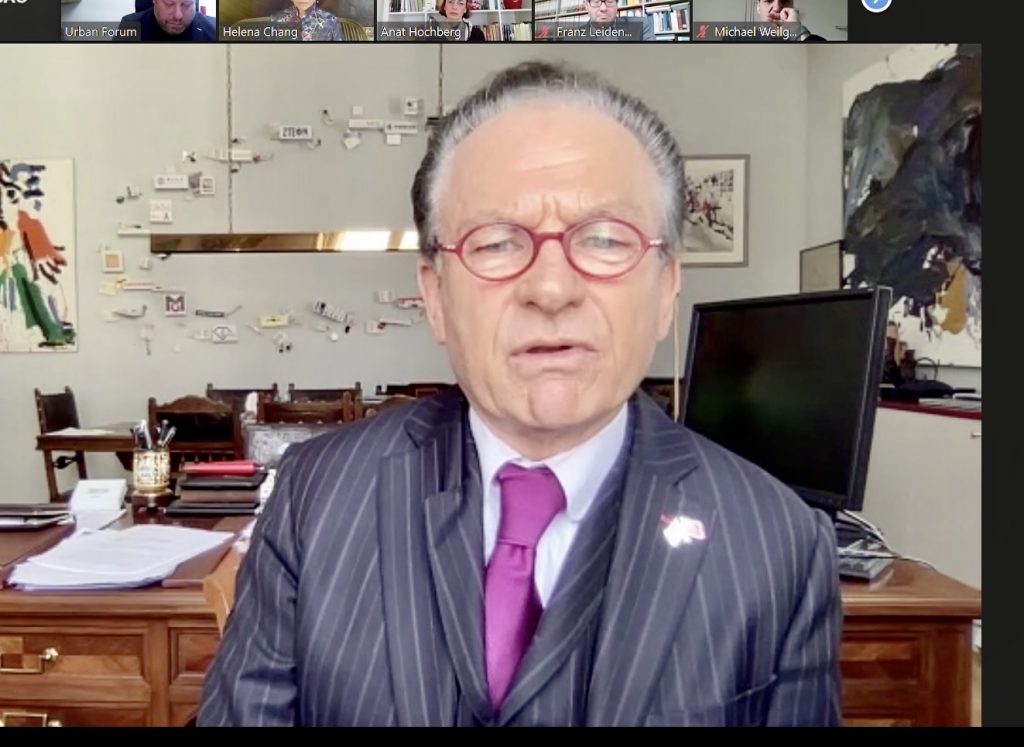 Terrorism is not only rooted in Europe or America these days, but also in Asia. For example, the recurrent terror attacks for years by the Muslim extremists in Xin Jiang, often in the name of religious freedom. Dr. Georg Zanger, a well-known lawyer in Vienna, tackled this complicated issue and believed that the Chinese government’s anti-terrorism campaign has been successful: There have been no acts of terrorism for about three years in China, something that Afghanistan, Iraq and Syria have failed to achieve despite years of warfare.

When Dr. Georg Zanger was asked the question of an independent tribunal set up by the British lawyer Geoffrey Nice to investigate the Uighur situation, he pointed out that it is a private body with no official status, similar to an NGO. Sir Geoffrey Nice was formerly the lead prosecutor in the trial of Slobodan Milošević at the International Criminal Court, but the China Tribunal has nothing to do with the International Criminal Court. 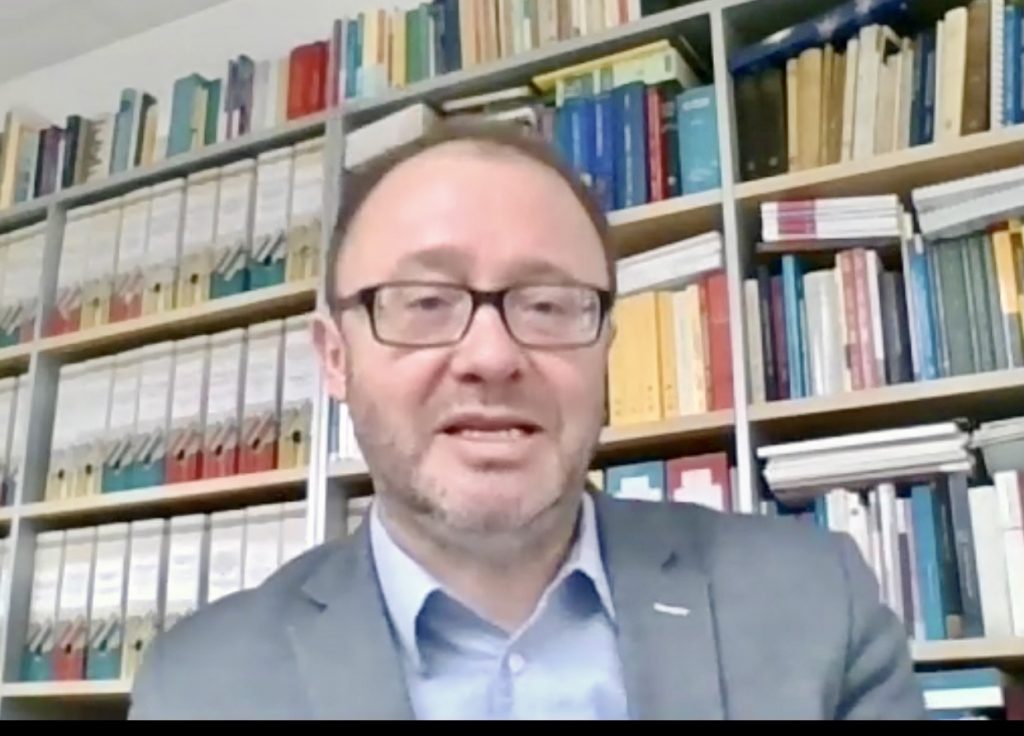 Prof. Franz Leidenmühler talked about the integration problems faced by Muslim communities in Europe. He looked into the governmental cooperation in investigating the instability and radicalization of certain Muslims, as well as the legal channels to prevent the recurrence of terrorist attacks in Vienna. As a local political counsellor in Linz, he also gave voice to the question concerning the obstacles politicians might run into in fighting terrorism.

How do fundamental events such as a terrorist attack affect the population? What are the health and psychological consequences for society? Suffering from the ongoing pandemic in Europe, people observe more and more of the dilemma between lockdown policies and the mental health of the society. Are there solutions to it? Dr. Franz Piribauer uttered his sharp view on the questions. 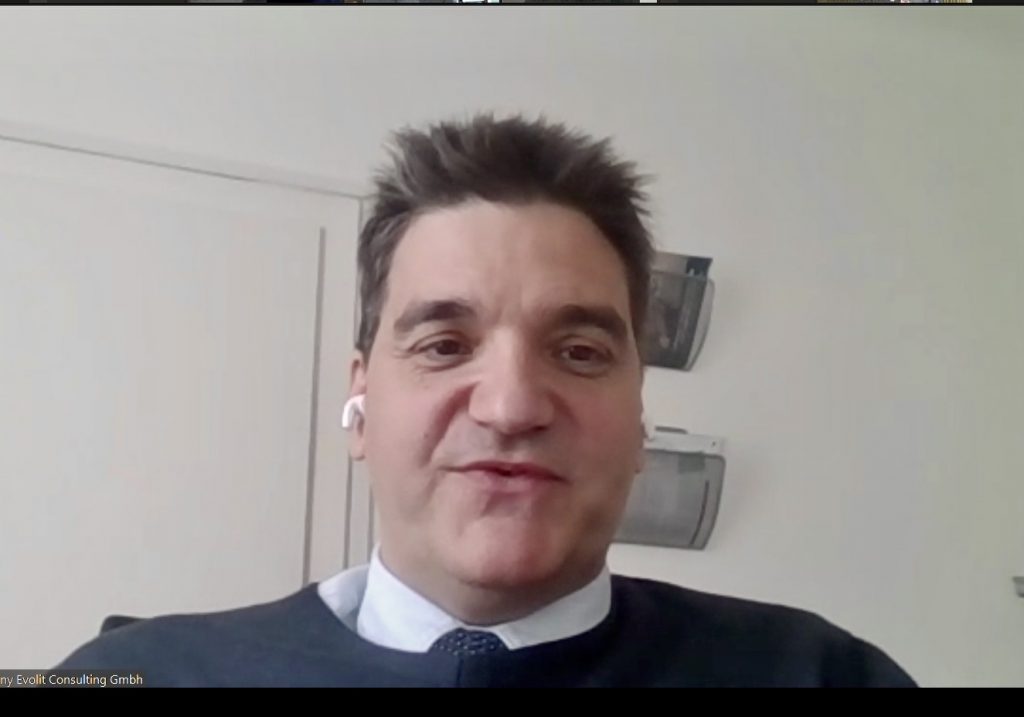 As is well-known, digitalization can make life easier for people in many areas, e.g., in the field of mobility. But what if digitalization eventually permeates all areas of our lives? Is digitalization enabling governments to restrict human rights in the name of anti-terrorism? The social networking platforms sometimes fall victim to the spreading of radical messages which now and then lead to fatal and bloody actions. Are software companies coordinating with governments in order to undertake effective preventive measures against possible terrorist deeds? Mr. Michael Weilguny addressed his very constructive remarks on all these subjects.

The forum was co-moderated by Mag. Bernhard Müller and Mag. Helena Chang.

Be the first to comment on "Forum Review on “Terror Attack, Security & Human Rights”"