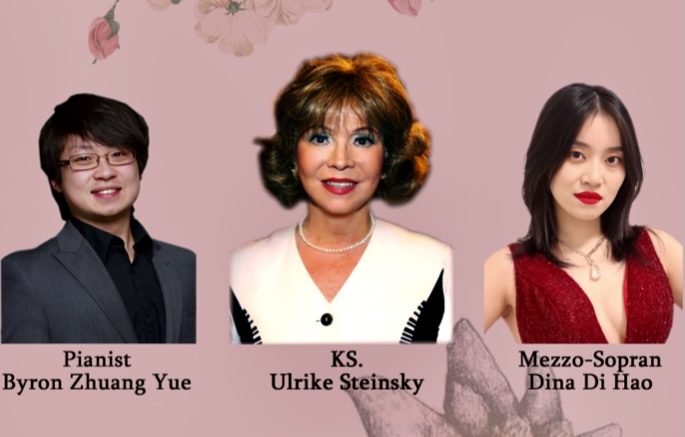 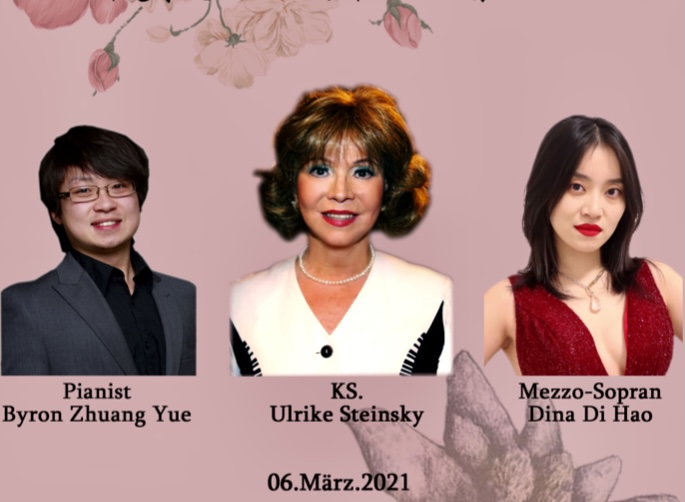 To celebrate the 50th anniversary of the diplomatic relationships between Austria and China, the Association of Euro-Chinese Educational Events and Golden July Music Festival Vienna have worked together to promote a series of performances as special online concerts starting March, 2021.

Following is the program of the concert on March 6., which took place in Franz Schubert Conservatory Concert Hall.

More will follow up. The organizers are in the process of setting up a regular online platform to enable the audience to enjoy the unique performances in the long run.

How can I help not think of you

I love this land

On the water side 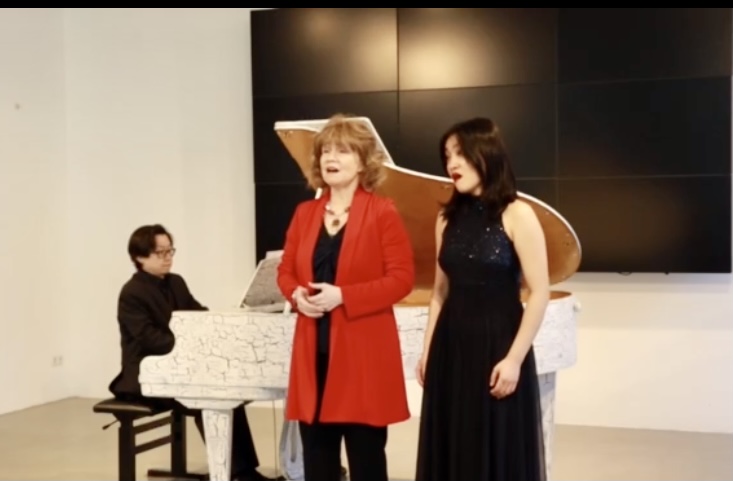 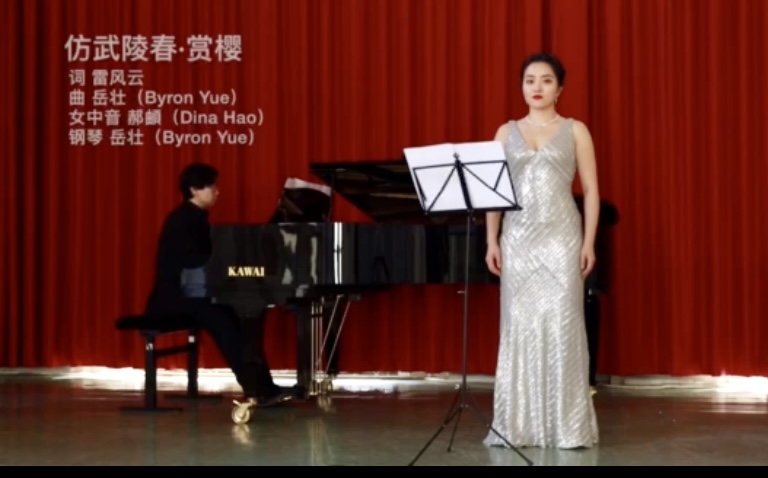 Byron is also highly involved in chamber music field as well as vocal coaching and accompaniment. In concert, Byron has cooperated with many singers from, for example, Vienna State Opera Haus, Vienna Volksoper, Linz State Theater, Theater Bonn, Sofia Opera and Ballet, and so on. He has also regularly played in the class of KS. Grace Bumbry, KS. Olivia Miljakovic, KS. Ulrike Steinsky, Prof. Dr. Lanskoi, and Prof. Gerrit Prießnitz. He also accompanied in many masterclasses and auditions. In Poland, he was invited to perform for the 10th year Anniversary of Pabianice International Music festival. Byron has also attended ISA festival for chamber music with Prof. Johannes Meissl. He gained very high reputation for his sensational interpretation and cooperation abilities.

In 2019, Byron became the Vice President of Euro-Chinese Educational Events Association. In the same year, he found the Golden July Music Festival Vienna and Masterclass based in Vienna, he has enormous passion to create a Viennese cultural stage for more young and professional musicians.

Dina (Di) Hao, mezzo-soprano, was born on 19.09.1990 in Beijing, China. She studied with the well-known tenor of China Radio Philharmonic, Tong Wang, who is also a guest professor of the Central Academy of Drama. She later studied with Professor Dong Liu and Professor Haiyan Liu from the Central Music Conservatory, too.

During her study in China, she served as the leader of the choir and piano accompaniment of the North China University of Technology. She led the group to win the first prize at the Beijing University Student Art Exhibition Afterwards. She also succeeded in leading the choir to hold a special concert in the Guoyin Hall of China Music Conservatory with the Disabled Persons Federation of Chaoyang District.

Dina participated in the Radio Philharmonic Chorus of China and performed in Beijing Concert Hall, Opera Hall of Central Conservatory of Music and Fangshan Concert Hall. As a vocalist in Vienna, she has sung at the concert of Chinese art songs in Brahms Salon, and at Hugo Wolf’s 160th birthday concert in Bank Austria Salon, as well as in Anker Saal.

Recently, Dina has won the Gold Award in The Ordinary Chamber International Vocal Arts Festival Competition 2020. She was also listed as a finalist of the Golden Stars International Music Competition of Valencia.

Besides the vocal study, Dina took piano lessons with Professor Renye Li from the affiliated high school to the Central Conservatory of Music in Beijing and with the Taiwanese pianist Jui-Lai Huang in Vienna.

Dina is currently a graduate student in Franz Schubert Konservatorium with double major in vocal and piano.

KS Ulrike Steinsky, first-rate concert-singer, honorary member of the Volksoper Vienna, was born in Vienna. She studied singing under KS Hilde Zadek. Her education was at the opera-school at Academy of Music at Vienna. Since 1982 she has been a full-fledged member of the ensemble of the Vienna State Opera and since 1987 also likewise of Volksoper Vienna. 1995 she was appointed first-rate concert-singer.

In addition to her activities in concerts since 1992 she has concerts with traditional Viennese music and songs in Germany. Ulrike Steinsky is well known to the television audience as she has taken part in TV-productions („Cosi fan tutte“, „Don Giovanni“, „La Finta giardiniera“ („Gärtnerin aus Liebe“), „The Land of Smiles“ („Land des Lächelns“), „ A Night in Venice“ („Eine Nacht in Venedig“), „Viennese Blood“ („Wiener Blut“).

During the season 2015/16 she was elected honorary member of the Volksoper Vienna.

Be the first to comment on "Special Edition: Art Songs and Classic Music Online Events 2021"