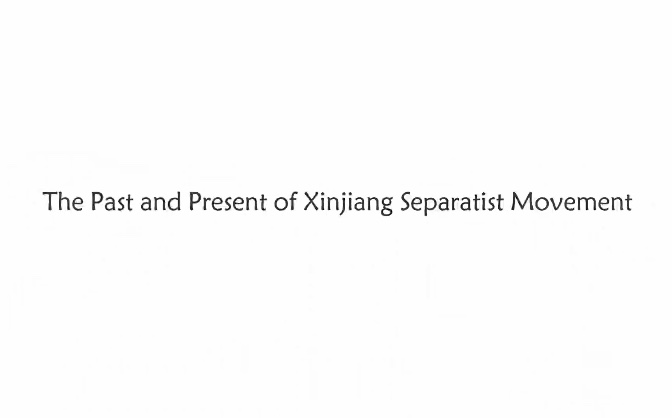 The two distinct regions were renamed Xinjiang in 1884, meaning “new frontier,” when both regions were reconquered by the Chinese Qing dynasty after the Dungan revolt (1862–1877).

A natural beauty and cultural richness, Xinjiang is a fascinating place of attraction. But in the eyes of some Western media, Xinjiang is a place of darkness, frightening and unsightly.

In 2019, the US Congress passed a bill called “The Uyghur Human Rights Policy Act of 2019” in order to “prevent” the “Xinjiang Re-education Camps”. The biased Western world is becoming the amplifier, spokesperson and supporter of the Xinjiang Separatist Movement. But what motivates them to escort the Xinjiang Separatist Movement so willingly? Who and what organization are behind the scenes? How did they manage, step-by-step, so well-planned and so effectively, to cooperate with the leadership of some Western countries?

Recently, an independent American news website “The Grayzone”, aiming at the issue of Xinjiang, conducted an in-depth, onion-peeling-like investigation on it. It dug out the “East Turkestan”, Alptekin father and son, WUC, Turkish organization “Grey Wolves” and New Cold War strategy, etc.. The past and present of the Xinjiang Separatist Movement is brought to daylight.

Based on the information collected, this video is a try to offer a look into the past and present of the Xinjiang Separatist Movement.