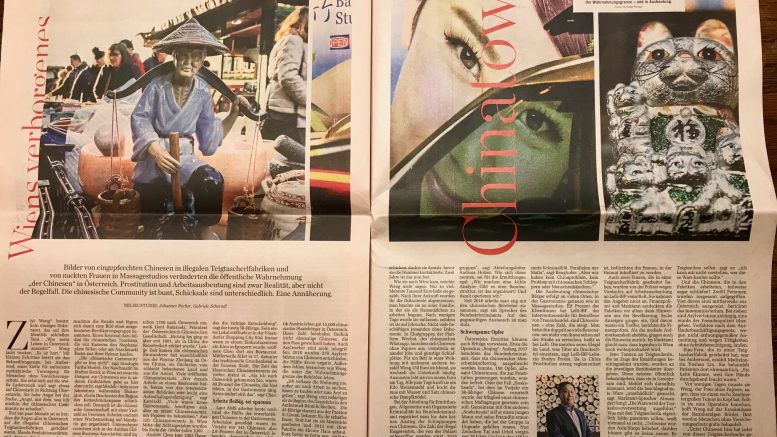 Last weekend, I ran into an article in the Austrian mainstream newspaper “der Standard” entitled “Wien’s verborgenes Chinatown” or “Unter dem Radar: Wiens chinesische Community abseits der Teigtascherlmafia” (its website). It’s indeed a pity that the author of this article held such a distorted view of the Chinese community in Vienna. By citing a few negative cases, he is generalizing the image of the community and misleading the reader to a wrong interpretation of the reality.

The majority of the Chinese living in Vienna as well as other parts of Austria has been conforming well to the rules and laws of their new home. And very importantly, there are enough examples in the Austrian academic world with contributions made by the Chinese living in Austria, both in the field of natural sciences and of art and culture.

The author of the article emboldens himself to the subtitle of “Eine Annäherung”. As a matter of fact, the article lacks the basic understanding of the Chinese community in Austria.  Maybe the author needs to show some humbleness facing a different culture which people he obviously doesn’t have a clue about.

I don’t want to imagine the worst-case scenario but it seems that the article is looking for some eye-catching stories to insinuate the reader’s mind to certain fantasy. Voyeurism? Schadenfreude? Or is it trying to stir up racism?

Chinese community in Austria is darkened by this article, unjustified, biased and viciously! 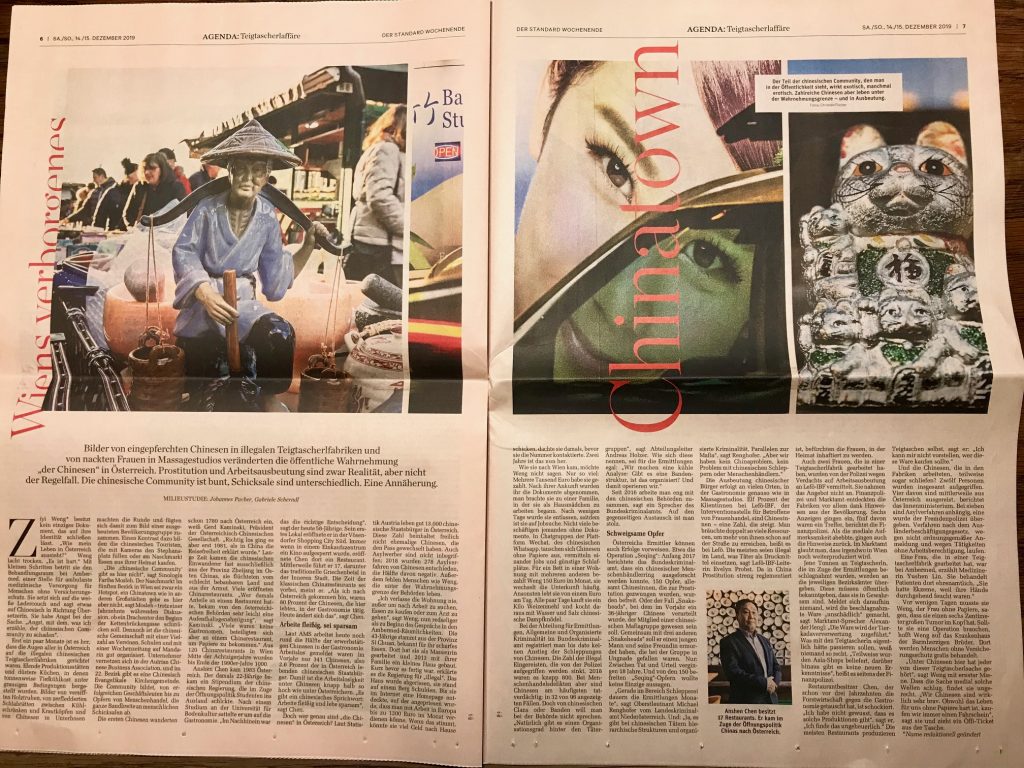