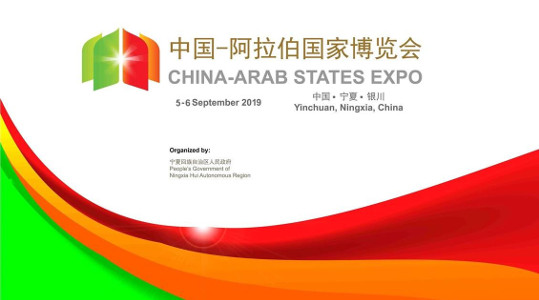 China-Arab States Expo is an international expo at the national-level jointly sponsored by Ministry of Commerce of China, China Council for the Promotion of International Trade (CCPIT) and Government of Ningxia Hui Autonomous Region.

The 4th China-Arab Expo adheresto the tenet of “Inheriting Friendship, Deepening Cooperation and Common Development”, focusing on “New Opportunities, New Futures”,  including trade and investment, Internet and more, cross-border e-commerce, infrastructure and other fields. According to the local news agency, the expo will hold forums, exhibitions and other activities to promote China-Arab cooperation in the above-mentioned areas.

During the Expo, the exhibition of “One Belt, One Road” cooperation and innovation products are to be anticipated by already more than 51 countries including the United Arab Emirates, Saudi Arabia, Egypt, India, Sri Lanka, Spain, the Czech Republic, Russia, and government agencies and business associations (including regional organizations) of the “Belt and Road” countries and regions (including Hong Kong, Macao and Taiwan). ), and exhibitors from all over the world.

The previous China-Arab Exposnot only attracted more than 80 countries, regions and international organizations to participate, but also signed thousands of agreements, which promoted the development of the local economy, too. In the past five years, Ningxia’s import and export has grown steadily. The actual use of foreign direct investment was 1.06 billion US dollars. 148 overseas enterprises were established in 30 countries and regions. In 2018, foreign direct investment was 500 million US dollars.

It is expected that as the next step, China will further strengthen its development strategy with the Arab countries, pushingChina-Arab economic and trade cooperation to a new level. China is willing to continue to encourage Chinese enterprises and financial institutions to cooperate with the Afghan side in the fields of port, railway, electric power and communications, to expand cooperation in oilfield engineering services, refinery construction and equipment manufacturing, and to actively promote financial and high-tech cooperation.

Be the first to comment on "China-Arab States Expo will be Held on 5-8 Sept. in Ningxia, China"