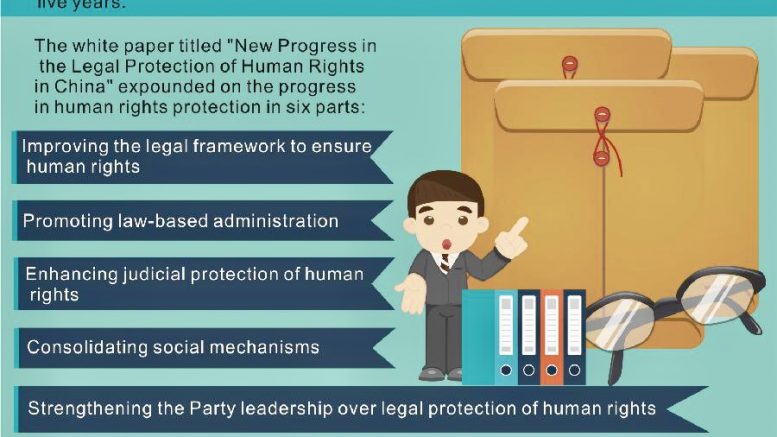 As an immigrant living abroad, it’s only natural to follow the social changes back home. Almost instinctively, one observes such issues as the rapid economic development, fresh cultural phenomena, numerous legal debates and the topic of human rights, to just name a few.

While the first four parts, stressing on legal framework, might be pleasing to the ear of the Western world, the fifth one looks more like a thorn in its eye. The last one might even sound like a fairy tale.

A country that has been under intense observation could openly show its confidence by not only bettering its own human rights, but also offering the world a helping hand?

As is well-known, the present world sees accusation of inhuman deeds everywhere, stretching from war-ridden regions to wealthy and peaceful areas. Violations of human rights come in different forms, in illegally ripping off one’s freedom or means of survival, for example. Human rights organizations have been making constant endeavors, hoping to save humanity from rampant threatening of its existence, yet very often in vain.

By mere watching, one could already understand why. Actually, watching and comparing different cultures can help gain different perspectives of human rights as well as its differing demands.

Comparison is eye-opening and inspiring, enabling one to see the two sides of a coin. Human rights belong to humanity. More than any other creature in this world, humanity has shown its incredible intelligence by forming complicated social structures. As social beings, humans find themselves caught in certain corner or level of a certain social net building, possessing wealth or power, or none. Wherever they are in a society, freedom is always a topic of high priority. Being put under human laws, however, human freedom is by no means absolute. Nor are human rights.

As a matter of fact, issues of human rights, like permanently boiling hot pots, are often no less than double-edged swords.

This is not a hasty conclusion. There have been enough cases in the world where legal conditions prevent human beings from preserving their basic rights for survival. Take the problem of refugees. When the legal protection in a country is not valid any more, should the affected refugees be sent back to their homeland where death is a no-escape?

On the other hand, legal regulations are so important that its downplaying could induce fathomless disasters. Leaving humanity to moral judgment leads very often to despair and devouring situations, too.

China has been accused of human rights violations by the Western world for long. The latter believes in universal values concerning humanity. Yet today’s reality is becoming more and more treacherous, more and more impervious to reason, subjecting universal values often to critical scrutiny or embarrassing dilemma. Facing the reality, the Chinese believe in their old wisdom. A continuous civilization of more than 5000 years, Chinese have developed a whole set of human values according to their philosophy. While improving the legal framework is crucial for its stable development, China seems to be seeking its old wisdom for solving social problems, including human rights. When China says it’s willing to offer help to the world for protection of human rights, the old wisdom is probably put into focus.

Actively participating in the UN missions, China has been showing a lot of willingness to safeguard world peace and to contribute to global development. But is China ready for its new legal era? Can old wisdom save new life? As the white paper with six parts concerning human rights has been issued, the world is certainly watching its implementation closely.

Be the first to comment on "Is China Ready for the New Legal Era?"