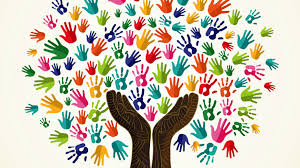 The history of the human rights is as old as mankind. At all times, human life and human dignity tend to be hurt and disdained. Power, ressources as well as the fight for superiority have been a prerequisite of force and violence, individually or collectively.

Actually, civilisations and philosophical schools of thoughts on the principal of human equality existed in all cultures, serving also as benchmarks for political rights.  At the same time, descent, ethnic, religious and gender differences have been used to distinquish people and make a difference,  justifying slavery, racism and all kinds of discrimination on women and homosexuals, etc..

Throughout history, though, there have always been uprisings against unjust und unfree social and political conditions. From the famous Spartakus rebellion to the peasants revolts of the Middle Ages and the Magna Carta in England. In the Age of Enlightment, a strong movement took place , aiming at freeing from authoritarian feudal and clerical rules. The origin of society and the legitimacy of the state authority over individuals were finally put into question. The so-called Social Contract came into being, meaning that individuals consent to surrender some of their freedom and submit to an authority or to the decision of a majority — in exchange for protection of their rights. Thus, the traditional ties to family and tribe loosened. Instead, appropriate political and legal institutions and norms were developed.

In the United States, Declaration of Independence was issued. In the French Revolution, the Declaration of Civil Rights.  The principle of equality of human beings, their natural rights (to life and freedom) and legal rights form an essential constituent of a national constitution. It might not be known to all but the United States Declaration of Independence includes also a right of revolution, which defines the right or the duty of its citizens to overthrow a government that acts against their common interests and/or threatens the safety of its people without probable causes. The belief in this right has been used to justify various revolutions. In Europe, also the French Revolution. With Social Contract, the authority of a state comes from the consent of its citizens, meaning it has to respect their human rights if wanting to be a legal authotity.

From the 19th century and onwards, the above-mentioned principles have been taken up by many countries in Europe, South America, Asia and Africa. They were supplemented with important economic and social rights, too.  After World War II, these principles helped many former colonial states to gain independency. Solidarity rights — rights to peace and rights to clean environment — are yet still among the most debated human rights, lacking both legal and political recognition.

But the adoption of these rights and duties in national constitutions and international contracts does not prevent them from violation. The judgment of the International Military Tribunal at Nuremberg asserts  “To initiate a war of aggression, therefore, is not only an international crime; it is the supreme international crime differing only from other war crimes in that it contains within itself the accumulated evil of the whole.”

After the collapse of the Soviet Union, the world changed from a bilateral to a unilateral system. Since then many wars were fought without a mandate of the UN or overstepping it. The military offensive on former Yugoslavia 1999, on Iraq 2003, on Libya 2011, and now also in Syria and Yemen and the problematic use of drones to kill enemies is much discussed as it is against all legal norms, killing many of civilians and causing much hate against the West. These are only some significant examples of how the international law is hollowed out through military attacks to gain or keep geopolitical influence on other countries, offending world peace.

These regional wars have caused millions of death, wounded and displaced refugees. They caused some states fail in performance and thousands of refugees fleeing (to Europe). Sadly, the wars have been fought in the name of human rights and justified with the arguments of humanitarian and preventive measures or the “responsibility to protect”.

As the USA has announced it does not intend to ratify the Rome Statute of the International Criminal Court, there seems to be no strong superpower to enforce international law right now. The rogues from smaller countries go to The Hague. The hope that the rule of force makes way for the rule of law is weak considering the military build-up in the world. It is, therefore, in our interest and that of coming generations to speak up for disarmament and nonviolent measures to solve conflicts and to prevent frictions.  It is also very important to stick to the topic of reducing inequality worldwide, as the concentration of power and resources lead to misuse and violence. Subjects like the social, economic, cultural and gender rights are for sure no less improtant topics.

Be the first to comment on "Some Thoughts on Human Rights"