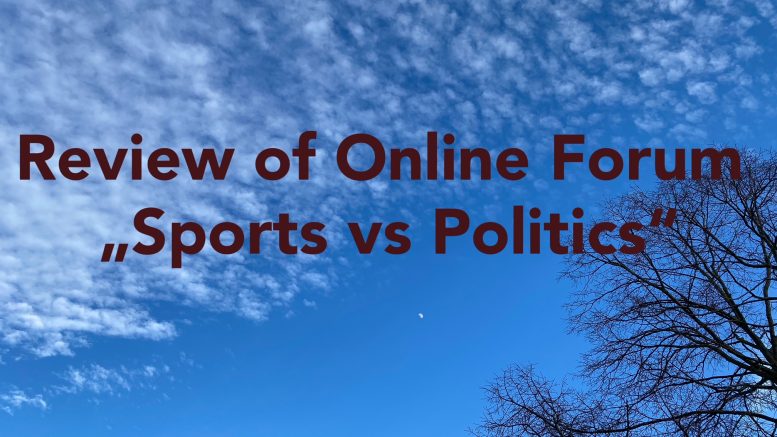 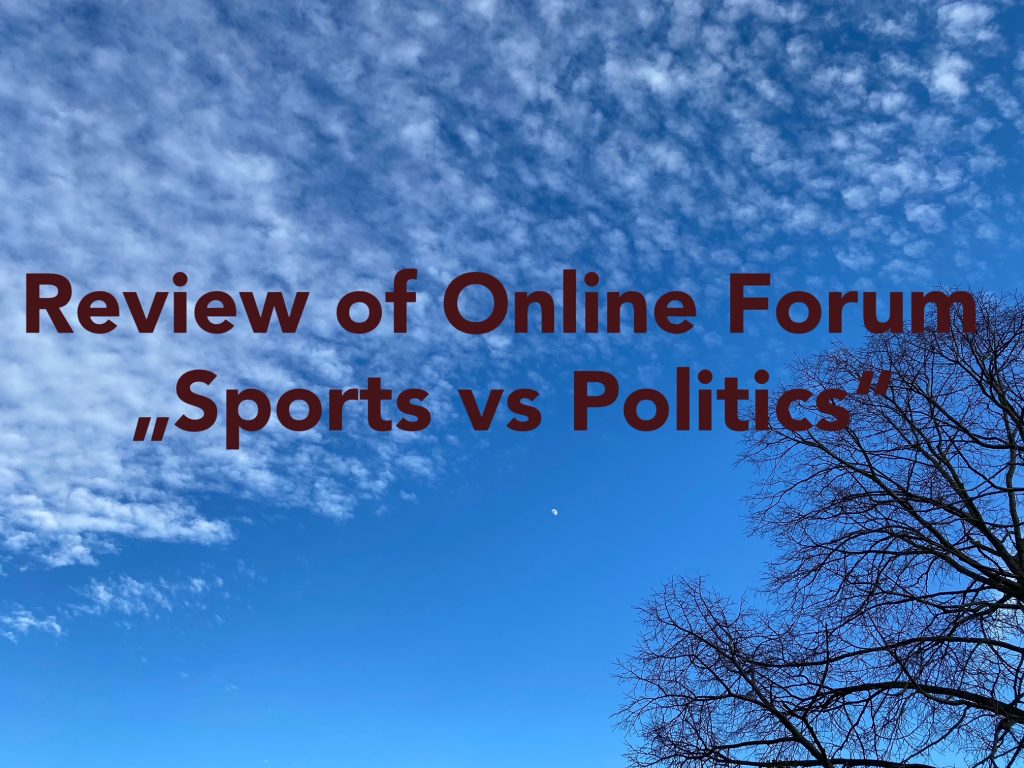 On 3. February 2022, one day before the opening ceremony of the Beijing Winter Olympic Games, Austrian experts from sports, politics and culture gathered at the online forum co-organized by Urban Forum and SINOPRESS to discuss about the relationship between sports and politics in today’s world.

The panelists include Dr. Peter Wittmann, Former State Secretary in the Federal Chancellery for Europe, Arts and Sport, Former President of the Austrian Federal Sports Organization as well as the Paralympics; Mr. Ernst Woller, Chairman of the Sports Committee of the City of Vienna for more than two decades, President of the Vienna State Parliament since 2018 and President of OECB (www.oecb.org) (Absent due to an emergency); Mr. Martin Sörös, Free consultant and journalist for sports, politics, media and investment, More than two decades of work for the daily newspaper “Kurier” in Vienna, Visited 5 Olympics including the 2008 OG in Beijing, and more than 100 World and European championships in 15 different sports; and Mag. Marcus Schober, Director of the Vienna Education Academy, Member of the Vienna State Parliament and City Council. 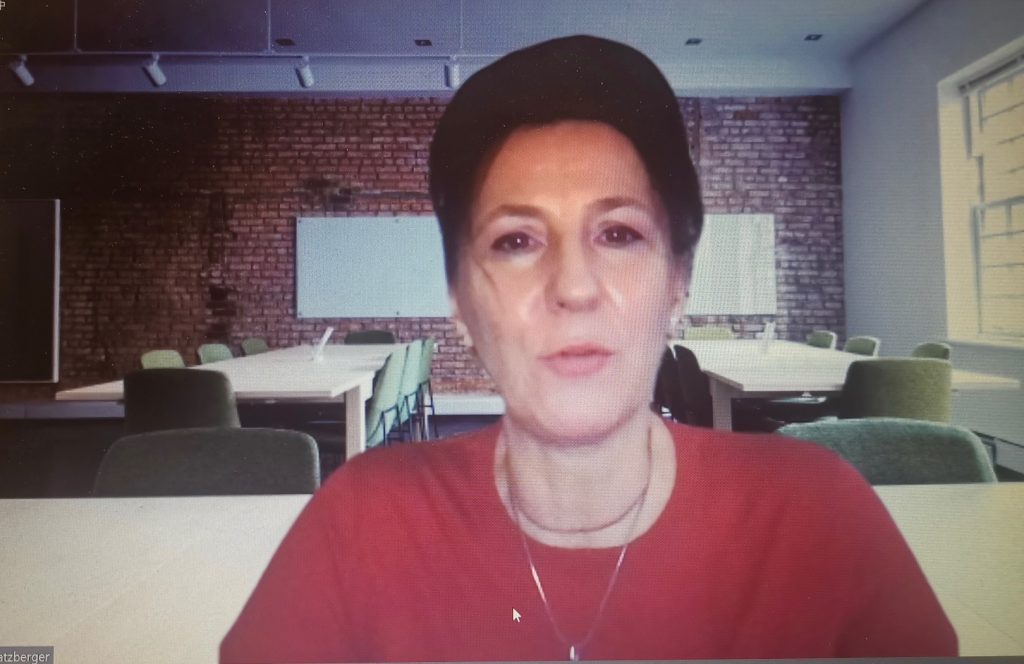 Mag. Bernhard Müller from Urban Forum and Mag. Helena Chang from SINOPRESS attended the forum, too. MMag. Alice Schmatzberger from Chinaculturedesk took over the role of moderation.

Facing the polarizing backdrop of today’s geopolitics entering the sphere of sports, the UN Secretary-General António Guterres sent a message to the world at the end of January calling for the observance of the Olympic Truce for the Beijing Winter Olympic and Paralympic Games, expressing the wish that all parties stop hostilities throughout the course of the games: “With conflict spreading and tensions rising, this appeal represents a chance to overcome differences and find paths towards lasting peace”. Observing sports in relation to politics in today’s world, all the panelists expressed their concerns and gave respective answers to the issue. 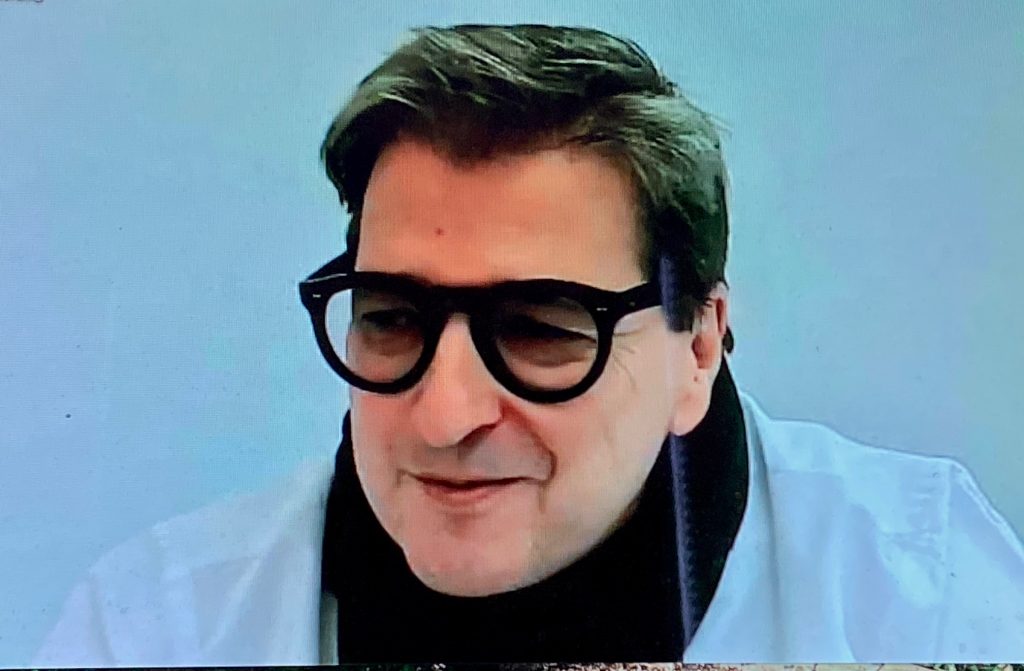 Dr. Peter Wittmann pointed out that living in today’s polarizing world, one should not forget that in the past, it has always been difficult to bring together different systems, different ideas, different cultures, different histories. Sports, however, has always been one of those wonderful things which bring together people even if in the most difficult situations. Even during the Cold War there was an understanding that the Olympic Games are above all the differences between the systems. He said it’s a bit of an arrogance of the Western system/countries to boycott the Beijing Winter Olympic Games just for the sake of their particular interest. It makes no sense to do so in any time if a country who is hosting the Olympic Games has a different system from the Western one. To bring politics into the Olympic Games is the wrong way. Sport is something where only performance counts – the fastest, the strongest. There are objective measurements to measure the victory, which, Dr. Wittmann said, is the most significant part of the Olympic Games. 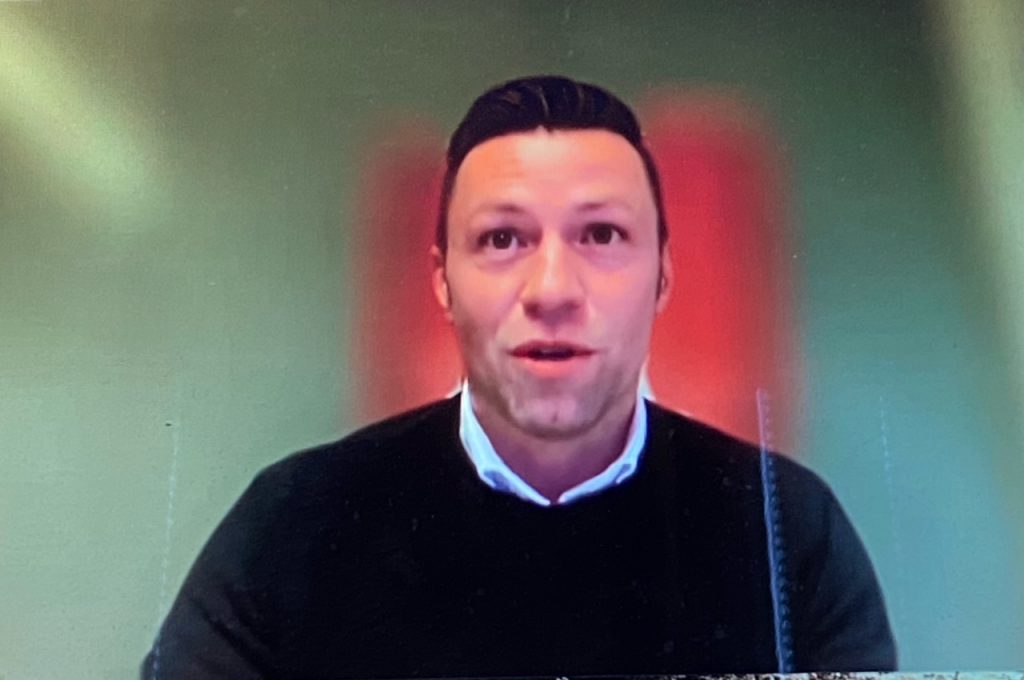 Mag. Marcus Schober stressed, however, that even though he believes politics should have no reason in meddling with sports, sports and politics will always be closely connected.  He cited a prime example with the journalism by Tracey Holmes about the Olympics in Berlin 1936: “The 1936 Berlin Olympics were hijacked by the Nazi propaganda machine; the 1970s Games are remembered as the era of East German doping and the Israeli hostage crisis; the 1980s were the boycott Games and now, at the 2016 Rio Olympics, we face a Games beset by security issues, political turmoil, the Zika virus, doping sagas and more…”

Another interesting aspect mentioned by Mag. Schober is the social media: Sports and politics are more connected today than ever before because they can directly address millions of people through social media. Athletes are not just athletes anymore, but highly influential people who behave like role models on and off the sports fields. It’s good that athletes can reach out to millions of people but they should not be directly associated with their country politics, Mr. Schober said. After all, it is important to not divide but to unite, especially in the world of sports where everyone should feel at home.  He expressed his total agreement with Dr. Wittmann that the Olympics are games for athletes, and that nobody should boycott the Olympic Games 2022. 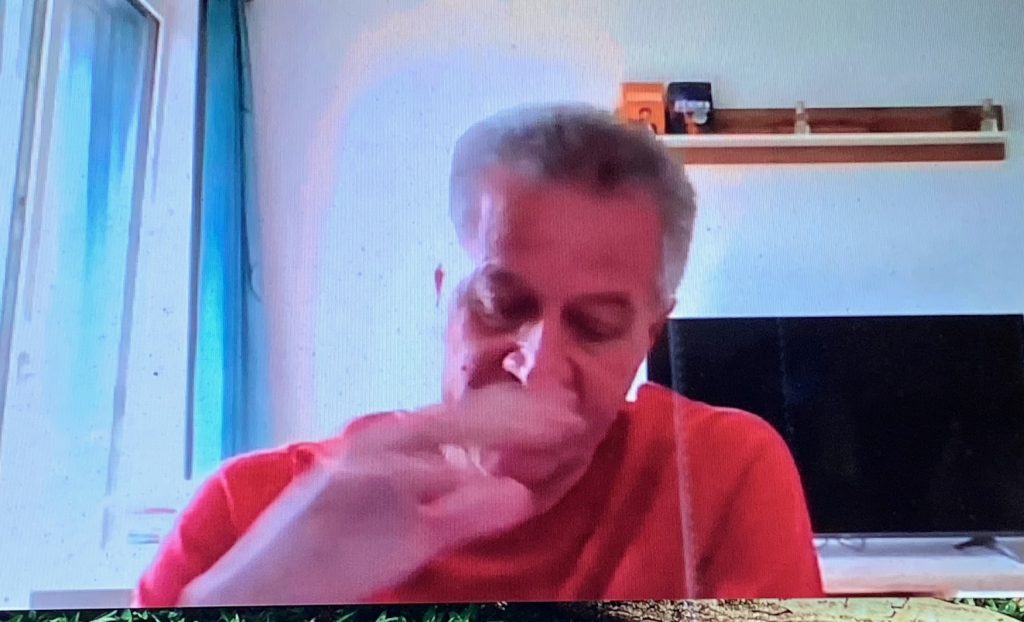 Taking over the floor, Mr. Martin Sörös took one step further in explaining the intertwining relationship between sports and politics. He clearly expressed the view that the world of sports is directly dependent — in all countries — on the politics.  It’s up to politics/government to establish the infrastructure, the frame conditions, and the basic funding for the sports federations in their country. Sport cannot survive without politics, Mr. Sörös believes. Political leaders and governments have, also down to local levels, taken advantage of sports — on the legal base — to use but also to misuse the stage of sports for their political messages. “This is exactly the situation we’re facing now in connection with the Winter Olympic Games in Beijing,“ he pointed out, “USA is doing everything to create pictures and simultaneously to take the chance to transport their kind of politics and way of life.“

Mr. Sörös was convinced that Beijing will organize the best winter games ever. According to his rich experiences in attending top sports events, the worst Olympic Games ever happened was the one in 1996 in Atlanta, and the best Games ever were the one in 2018 in Beijing. He mentioned his knowledge of China as he knows China quite well, having travelled there for decades. He said, half-jokingly, that there’s only one weak point when talking about China – the sales and the marketing. The sports field in China and its related media do not understand how to convince the world and how to do marketing and promotion for themselves. As for the so-called boycotting, it could be just brushed away. The games are for athletes, and for the future. The world should talk about the chances behind sport and the upcoming opportunities. 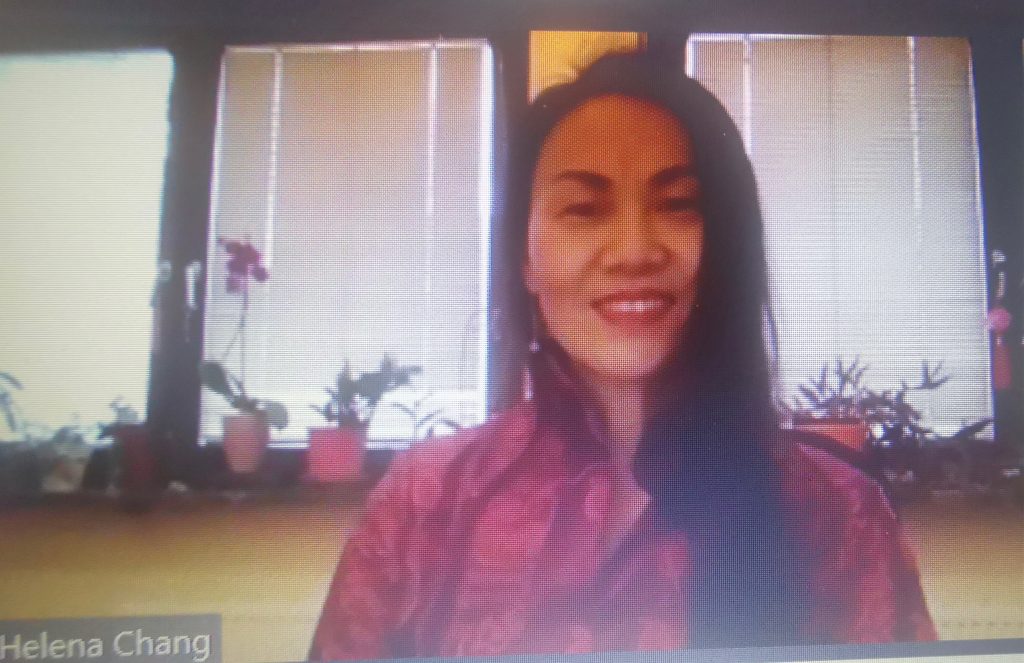 During the forum, the panelists also discussed about the role of Olympic Games as an alliance between sport, education and culture, sports ethics in the post-pandemic era, and the future of sports in the digital and AI age. Unanimously expected by all is for the principles of Olympism to continue to create positive social changes.

The 2022 Beijing Winter Olympics is encountering this year’s Spring Festival in China, which starts on Februry 1st and will, as usual, last for two weeks. It is the most celebrated traditional festival in China to begin the Lunar New Year. Health issue is essential, but hospitality and enthusiasm as the host are as important. The “Winter Olympics Menu” is offering a diversity of delicatessen consisted of 678 dishes from all over the world, which will be rotated in an 8-day cycle to meet the needs of athletes from different countries, regions, ethnicities, and dietary habits. An eyecatcher is the spectacular robot service, from cooking to delivering. The panelists took the chance to share with each other their experience in China and their favorite Chinese food there. 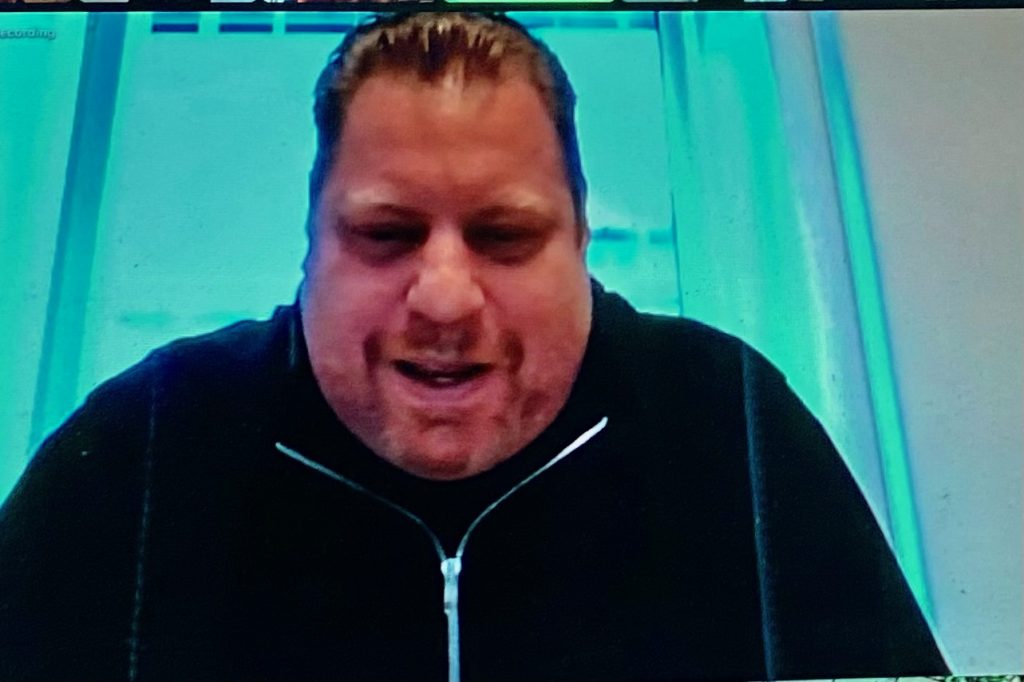 In his closing words, Mag. Bernhard Müller said, unfortunately, there have been attempts to persuade athletes to boycott the Beijing 2022 Winter Olympics. Fortunately, only a few diplomats are now missing as visitors. The Covid-19 pandemic makes it hard enough for many great athletes as it is. Boycotts must have no place here. “We live in dangerous times. We must work hard to prevent a new Cold War. We can only solve the world’s major problems such as climate change, poverty, terrorism, social inequality, world hunger together. Everyone must make effort, listen to others, reach out to each other,” he said. 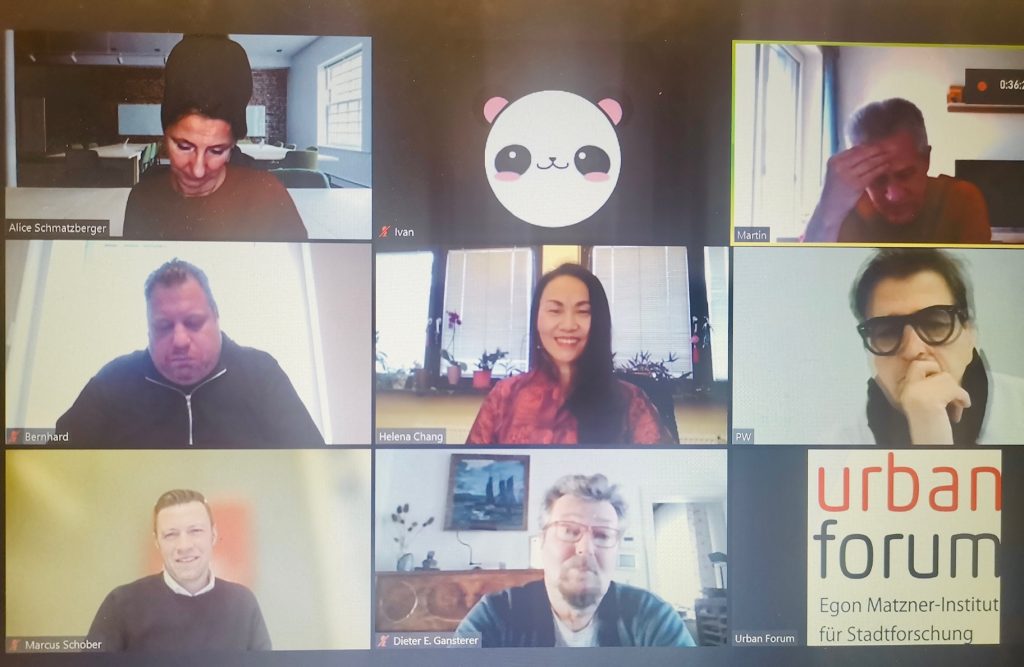 Yes, let’s give peace a chance. Let’s unite for Sports.