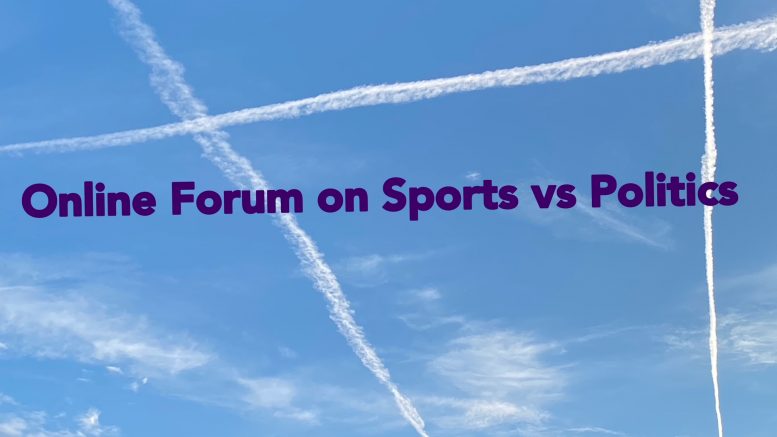 We are proud to announce the upcoming forum on Thursday, 03. February 2022 on the topic of „ Sports vs Politics”, an event co-organized by URBAN FORUM and SINOPRESS.

Against the polarizing backdrop of today’s geo-politics worldwide, the opening ceremony of the Beijing Winter Olympics is approaching, scheduled to be held on February 4th, 2022.

Originated 3000 years ago in the ancient Greece, the principles of the Games are reshaped by Pierre de Coubertin, founder of the modern Olympic Movement in the 1890s. In the Olympic Charter Olympism is expressed as “a philosophy of life, exalting and combining in a balanced whole the qualities of body, will and mind. Blending sport with culture and education, Olympism seeks to create a way of life based on the joy of effort, the educational value of good example, social responsibility and respect for universal fundamental ethical principles.”

Olympism was formalized by the International Olympic Committee (IOC) in the Olympic Charter. The spirit of Olympism and the Olympic Games enable the IOC to promote sport, culture, education and positive values in the modern world. More importantly, the IOC helps set up programs that bridge the cultural and political divides.

In a video message on December 31, 2021, the IOC president Thomas Bach emphasized the political neutrality of the IOC. The Olympic Games are above any conflict, he said, referring to the recent UN resolution declaring the Olympic ceasefire. This shows that the mission to connect the world can only be successful if Olympia stands beyond all political disputes.

The principles of Olympism, therefore, is to create positive social change including Non-Discrimination, Sustainability, Humanism, Universality, Solidarity, Alliance between sport, education and culture. For the sake of these principles, the upcoming forum aims to discuss about the present attitude towards the Winter Olympics, sports vs politics, today’s sports ethics, as well as the post-pandemic future of sports.

Urban Forum is a non-profit association in Austria with the objective of enhancing the meaning of urban, municipal local affairs. It is about raising the awareness of the strength of city economy, promotion of the idea of regional and cooperative thinking, support of public economy and public enterprise (services for the public, sustainability etc.), contributing a modern administrative reform and all with the emphasis on the values of the European Union. (urbanforum.at)

Topics to be discussed: