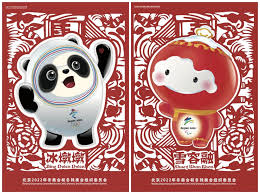 The 24th Winter Olympic Games will kick off in Beijing on February 4, 2022. The three competition areas of Beijing, Yanqing and Zhangjiakou have respectively completed their independent Olympic Villages, each with its own characteristics. Health issue is essential in the concept of the construction, which strives to make the athletes feel safe, at ease and comfortable. 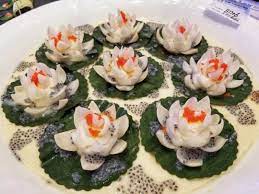 Being the “home” of the world’s top ice and snow athletes during the Winter Olympics, the three major Beijing competition regions have made full preparations for the food, clothing, housing and transportation in the Winter Olympic Villages. The “Winter Olympics Menu”, a diversity of delicatessen consisted of 678 dishes from all over the world, offers a window of China’s hospitality and enthusiasm as the host. Approximately 200 dishes will be selected every day and the menu will be rotated in an 8-day cycle to meet the needs of athletes from different countries, regions, ethnicities, and dietary habits.

This year, February 1 will see the first day of Chinese Lunar New Year. The ice and snow feast of the whole world will be a perfect encounter with it. The opening ceremony of the Beijing Winter Olympics is scheduled to be held on February 4, the fourth day into Chunjie (Spring Festival), which is the most celebrated traditional festival in China, lasting for two weeks. As early as when bidding for the Winter Olympics, the Spring Festival was added to the bid statement as a special link and joyful element, emphasizing the integration of the Winter Olympics and the Chinese Spring Festival. The Beijing Winter Olympics contains many traditional Chinese cultural elements. From venue construction to medal design, every link is integrated into the Chinese art conception, carrying the connotation of Chinese culture. When Spring Festival couplets, lanterns with lantern riddles will appear in the broadcast footage, and special delicacies will be served on athletes’ tables, showcasing the rich Chinese traditions. 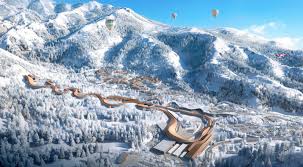 During the Beijing Winter Olympics, athletes from all over the world will compete on the same stage at China’s National Alpine Ski Center, which has created the largest snow gap in the country. Alpine skiing is known as the jewel in the crown of the Winter Olympics. As the venue for the Beijing Winter Olympics Alpine Skiing, the Center is built at the southern foot of Xiaohaituo Mountain with 7 ski trails. Among them, the starting point of the 3045-meter-long main ski trail is at an altitude of 2170 meters, with a maximum drop of nearly 900 meters, setting the highest drop in domestic ski trails. With bumps, turns and abrupt ups and downs, Xiaohaituo is going to be a very diverse and challenging venue.

To ensure the safety of Olympic athletes, China has established the first snow rescue team recognized by the International Snow Federation—the Mountain Rescue Team. The Yanqing Mountain Rescue Team is an international rescue team with more than 30 Chinese and foreign team members. Not only do they all have a snow experience of more than 6 years, but they also master various rescue skills such as medical first aid, transportation and transfer, with the requirement of each member be proficient in all skills in order to switch roles at any time. The team will be on duty 24 hours a day to ensure the safety of personnel in the competition area. 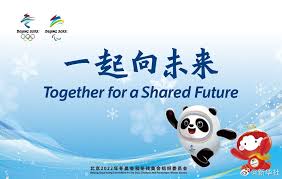 On December 31, 2021 in the video message, IOC president Bach emphasized the political neutrality of the IOC. The Olympic Games are above any conflict, he said, referring to the recent UN resolution declaring the Olympic ceasefire. This shows that the mission to connect the world can only be successful if Olympia stands beyond all political disputes.

Despite the corona pandemic and some countries’ planned diplomatic boycott of the Olympic Games, Bach sees great international support for the upcoming winter games in Beijing. “The support of the international community for this Winter Olympic Games is obvious and most welcome,” said the President of the International Olympic Committee in his New Year’s address. Bach expressed “great confidence that we will host safe and protected Winter Olympics”. Beijing is making history with the Games as the first city to host both summer and winter Olympic Games. 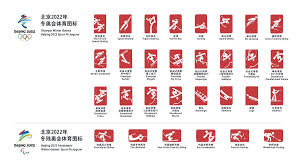 On the less than one month countdown to the opening of the Beijing Winter Olympics, against some background noise, people from many countries in Europe sent blessings to the Winter Olympics 2022 and expressed their opposition to attempts to politicize sports. As for Germany, Dr. Hans-Peter Friedrich, the former deputy speaker of the German Bundestag, said that for this Winter Olympics, athletes have been training for many years, and he wishes all the athletes going to China all the best and excellent results! Michael Schumann, chairman of the German Federal Economic Development and Foreign Trade Association, believes that this will be a successful Winter Olympics , emphasizing that people have already witnessed China’s high efficiency in hosting Olympic events.