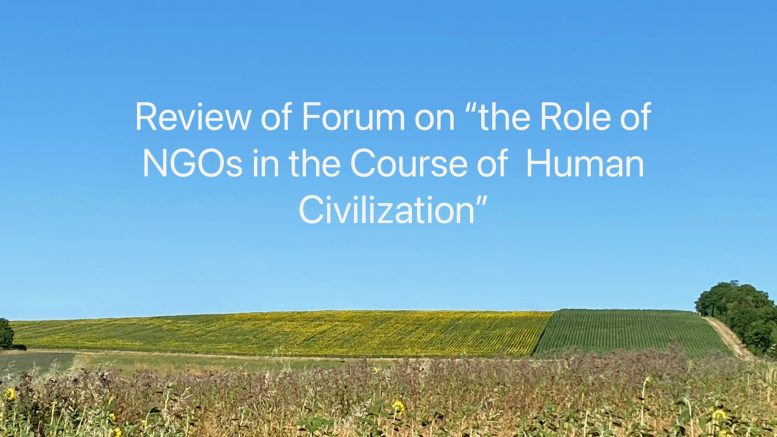 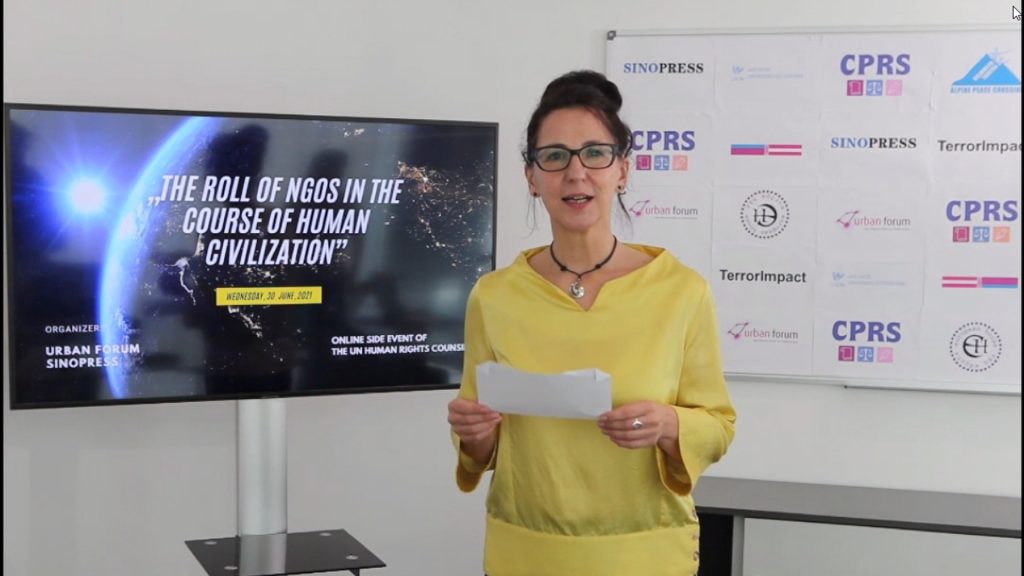 On Wednesday, 30. June, 2021, 10 NGOs from Switzerland, Israel, Hungary and Austria respectively gathered together for an online forum on the topic of „The Role of NGOs in the Course of Human Civilization”, an event co-organized by URBAN FORUM and SINOPRESS, moderated by Ms MMag. Alice Schmatzberger from ChinaCultureDesk. 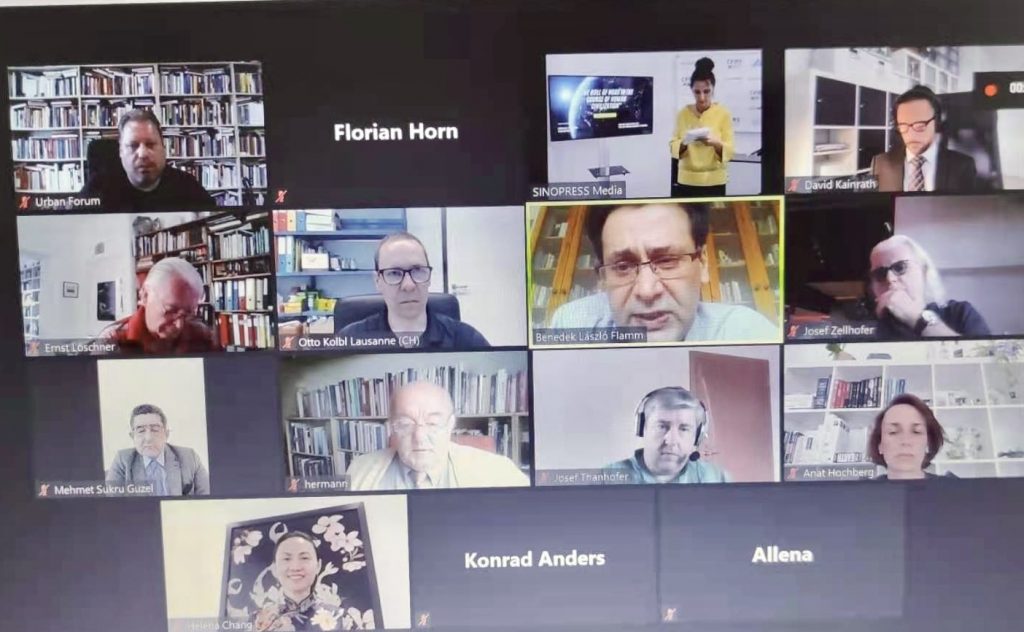 Topics discussed during the forum included problems in protecting human rights under international humanitarian law, definition and realization of human rights, role of cultural differences in interpreting human rights, security and human rights, hegemonial power and double moral standard, and the role of NGOs in the future course of humanity, etc..With the above-mentioned topics, the forum hopes to serve its goal in the context of 47th Session of the United Nations Human Rights Council, too. 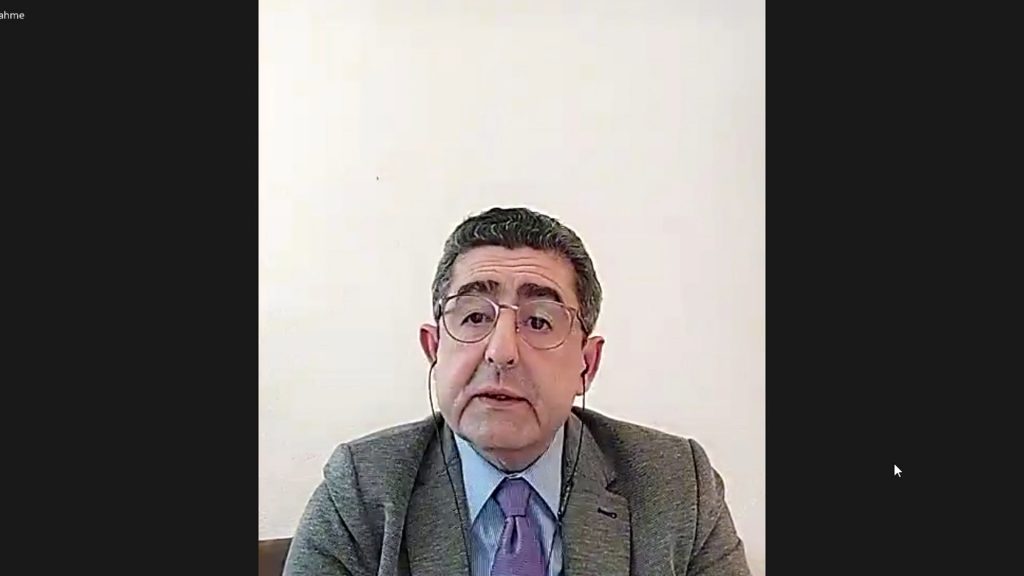 The keynote speaker, Prof. Dr. Mehmet Sukru Güzel, President of “The Center for Peace and Reconciliation Studies” based in Switzerland, probed into the developed as well as the developing countries, analyzed the human rights situations in war-torn countries such as Iraq and Syria, furthermore in Asia and Africa. He stressed the different needs for human rights in developed and developing countries, making a strong point by tracing the colonial hegemony and its evil consequences in the history of development. 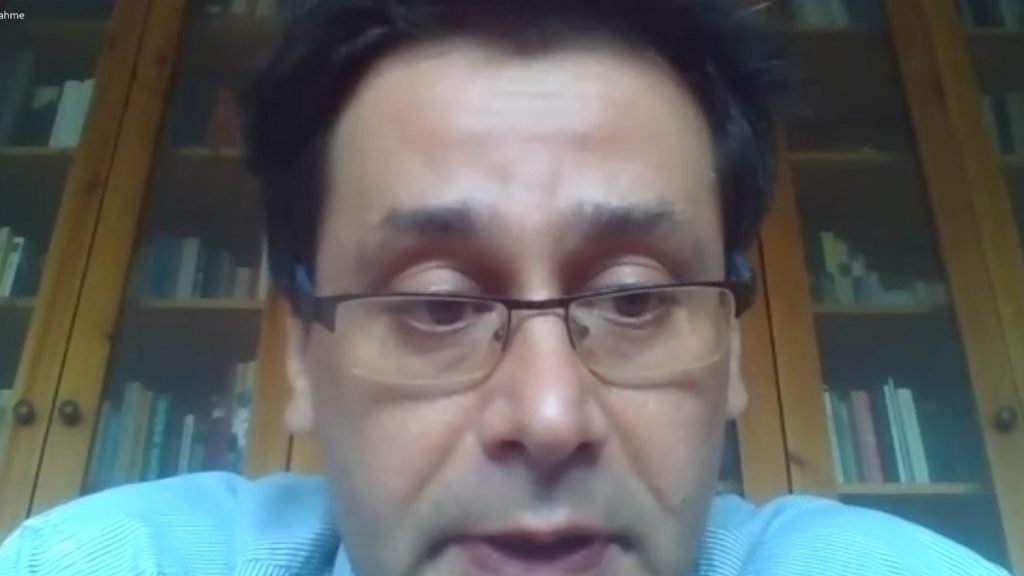 On behalf of Hungary’s “House of Europe”, Dr. Laszlo Flamm discussed the hegemonic mentality that still exists in the West in the post-colonial era, especially its double moral standards. As was said by Prof. Dr. Güzel, “The past development of developed countries is the result of preventing the development of others”, the impact of double moral standards on the reality of human rights in various countries should be closely examined. 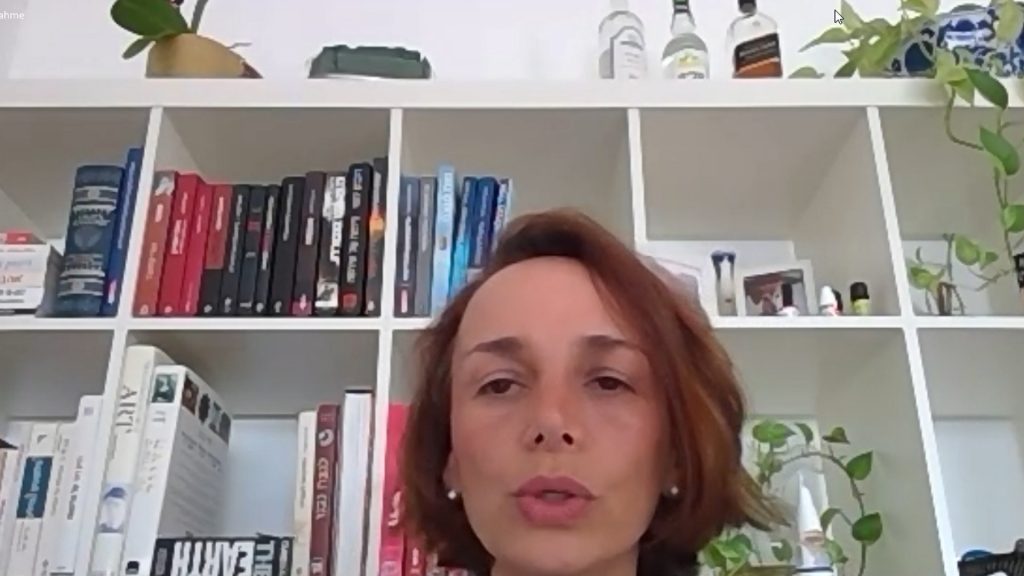 When asked about the security and human rights by the moderator, Dr. Anat Hochberg-Marom, an expert on terrorist attacks from Israel, criticized the repeated tragedies due to the gun ownership supposedly for self-defense in the USA. During the COVID-19 pandemic, there are, if not more than ever, continuously frequent shooting incidents, not excluding terrorist attacks. The ownership of guns by citizens is undoubtedly a double-edged sword.

Dr. Hochberg-Marom also mentioned the pardoning by the former U.S. President Trump of four employees of the Blackwater Company who committed war crimes in Iraq. She pointed out that the incident demonstrated the hegemonic power and double standards of the USA concerning human rights. 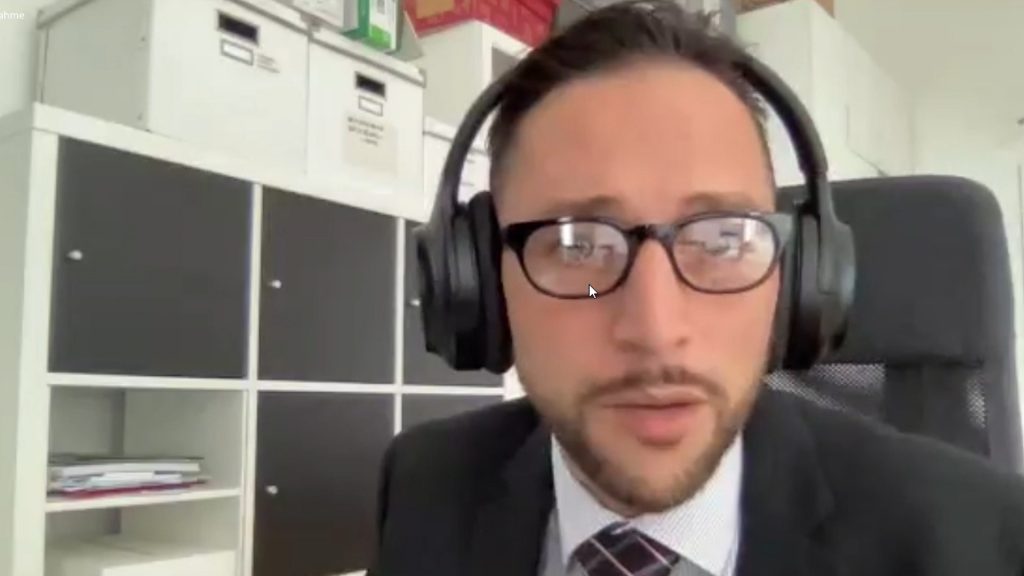 Talking about the Snowden incident which exposed the US “Prism Project”, Mr. David Kainrath of the “Austrian-Belarusian Friendship Association” said the monitoring plan did include the leaders and people of many European countries, too. Consequentially, the EU must think more about cybersecurity and human rights. When asked about the turbulence of American society now, especially the rampant racial discrimination against blacks and Asians, Mr. Kainrath believed that while the racial discrimination has had its long history in the US, the recent deadly incidents should serve as a wake-up call and alert the world to reflect more urgently on the double standard of human rights in the world. 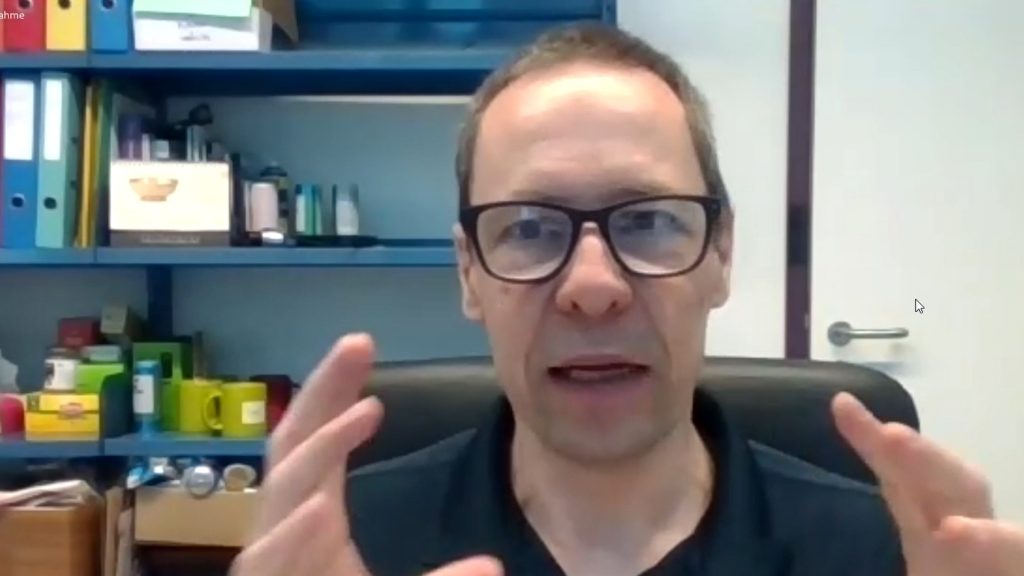 Mag. Otto Kölbl, a Swiss scholar in Ph.D programme, is an experienced traveler and has made multiple trips to eastern Tibet in the past years. Facing the question of how he views the human rights situation of ethnic minorities in Xinjiang and Tibet, which the international community has been paying attention to for a long time, he described his own experiences and observations in Tibetan areas, on the educational system as well as the economic development there, for example. According to his research, the protection measures for the Tibetan language, culture and religious heritage by the Chinese government are to be praised, also for Tibetans’ business practices. On the contrary, France and other Western colonial countries often carried out the assimilation procedures in occupied territories by destroying the local cultures.

Mr. Kölbl pointed out that since the 1980s, due to the Chinese government’s effective counter-terrorism measures, the terrorist attacks occurred in China have not caused any large number of casualties as they have occurred in other countries. In the cases in Xinjiang and Tibet, Western media’s biased reporting and interpretation, unfortunately, originated from ignorance, from the lack of background information.

During the forum, the keynote speaker, Prof. Dr. Güzel, was invited again by the moderator to state his opinion on the main topic of the forum, e.g. the role of NGOs for human rights and their future missions in the course of human civilization. Prof. Dr. Güzel analyzed the historical milestones of NGOs. He said that the economic, social, cultural and religious beliefs of different countries, nations and individuals will affect the survival, development and psychological conditions of the people, and affect their understandings and needs for human rights. Plus, the development of human rights is a continuous process. What’s happening   sadly is that the politicization of human rights is making it an industry. With the so-called Orientalism, colonial mentality and self-assertion, the Western world leads the direction and definition of human rights, profusely using double moral standard.

Looking into the future, Prof. Dr. Güzel believes that the task of avoiding double moral standard and maintaining world peace can only be carried out by NGOs. In the course of human civilization, non-governmental organizations with their “soft power” are not only obliged to protect human rights, they are also the world’s only best choice. 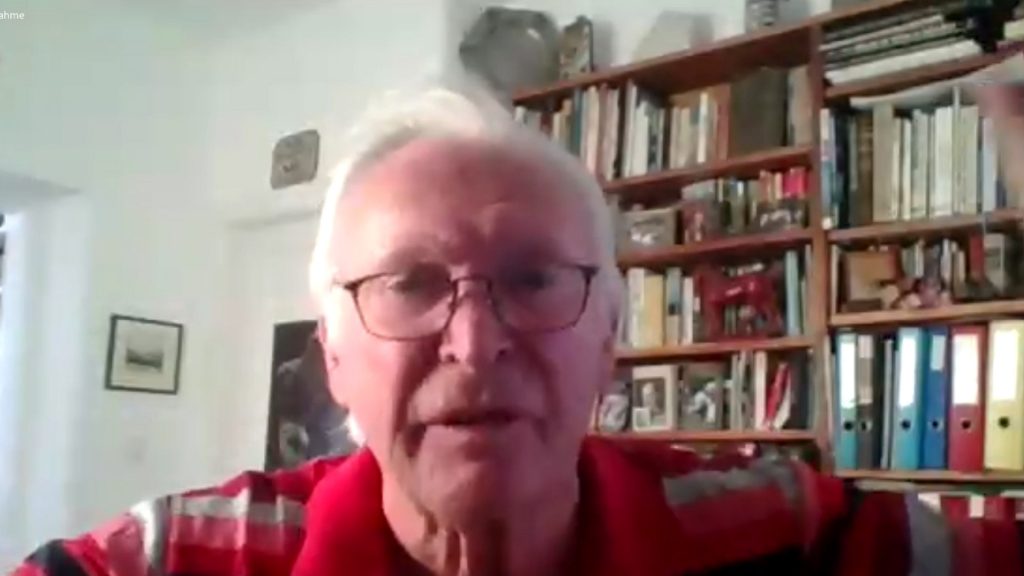 Following Prof. Dr.  Güzel’s comments on NGOs, Dr. Ernst Löschner, President of “Alpine Peace Crossing” in Austria, and Mr. Hermann Kroiher, Secretary-General of “UNCAV”, by introducing their NGO respectively, spoke on the development of human rights and the important goal of NGOs.  In order to promote human rights in the world, to make progress with human civilization, the world should abandon double moral standard, and not tie human rights with economics or politics, but negotiate and work together for the common good of mankind. 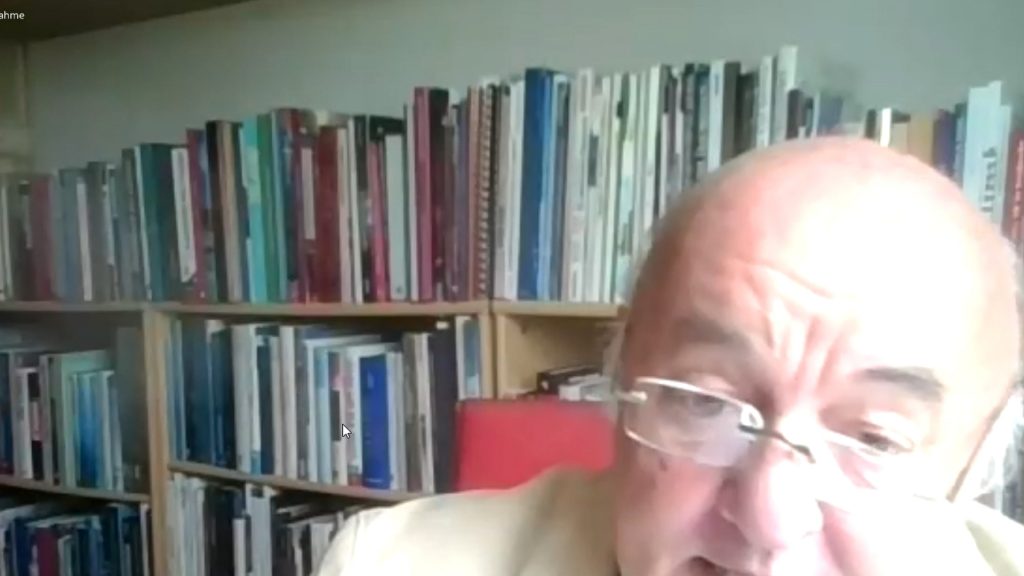 The last but not least, Mag. Bernhard Müller, Secretary-General of “URBAN FORUM” in Austria, summarized the forum discussions. While extending his gratitude to all the NGO leaders participated in the forum, he expressed his hope that more NGOs worldwide would defend human rights without being instrumentalized, objectively analyzing the situations of human rights in accordance with the cultural and historical backgrounds, identifying problems and evaluating the trajectory of a country’s overall human rights situation in a fair and impartial manner. 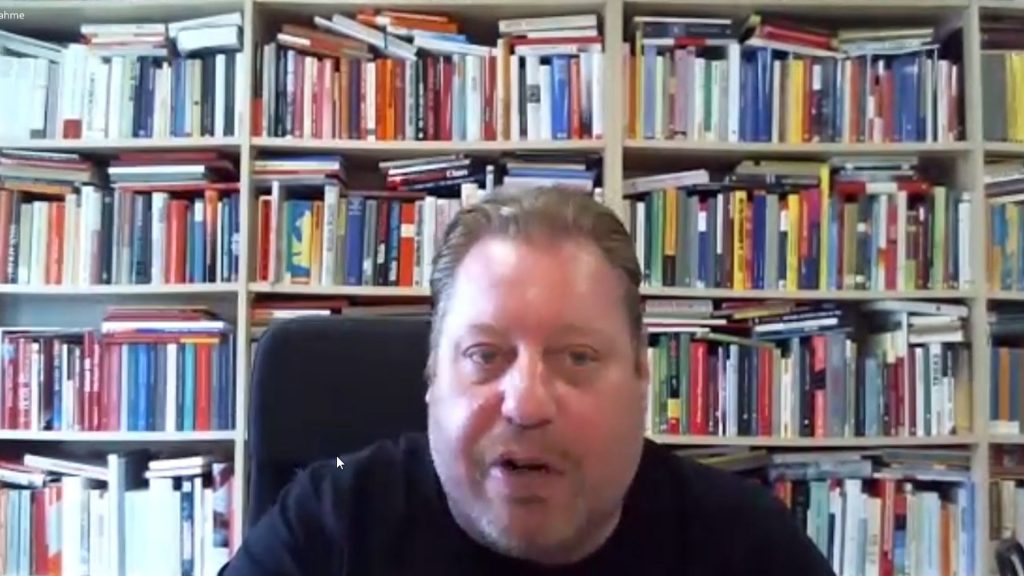 “We still have a lot of educational work ahead of us. Together we are strong!” As the co-organizer, Mag. Müller advocated that everyone joins to continue the dialogue, to conduct more in-depth and constructive discussions on how to strengthen the important role of NGOs in the future, especially when facing the challenges of political orientation and double moral standards.