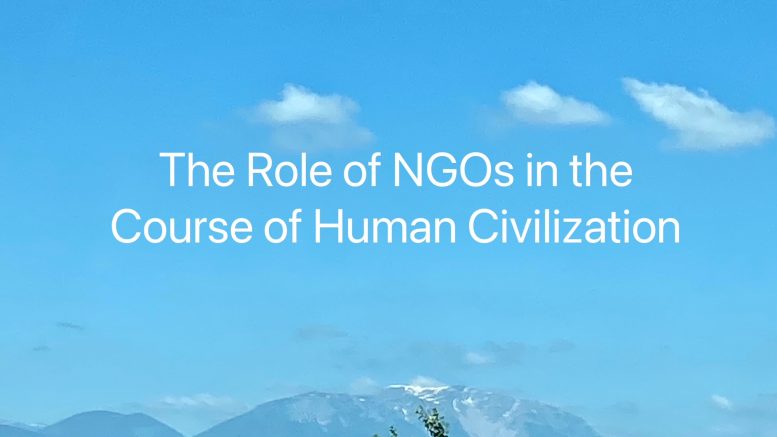 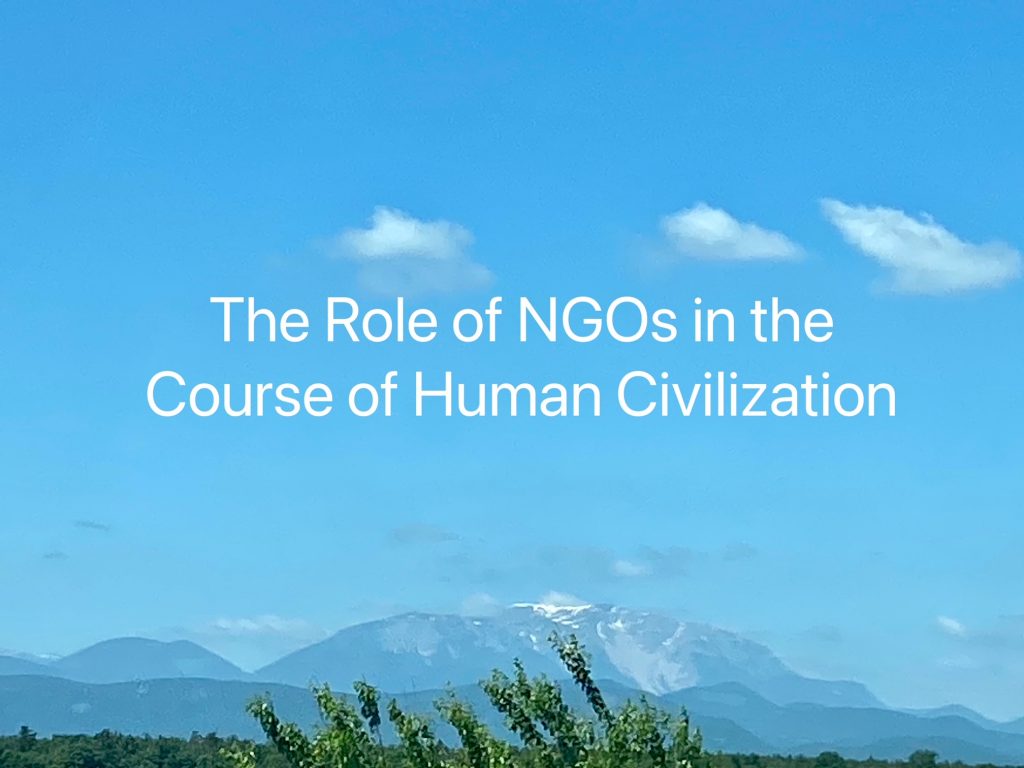 We are proud to announce the upcoming forum on Wednesday, 30. June, 2021 focusing on the topic of „The Role of NGOs in the Course of Human Civilization”, an event co-organized by URBAN FORUM and SINOPRESS.

Surfing the internet these days, one can easily find innumerable amounts of NGOs dedicating to the course of human civilization, maintaining the decency of humanity, bringing to attention the forgotten parts of the world, fighting for human rights and offering a helping hand wherever necessary.

As is justified, human rights have always been the inevitable focus along the human footprints. For long, campaigns against racial discrimination are an important frontier. Gender issues have gained momentum in the past century, too, even if the tempo is seemingly slowing down, and such related topics as LGBTIQ are catching more attention. Besides, fight against discrimination based on age, class and disability is worth mentioning.

Yet, it’s time that the world opens eyes to how discrimination based on disinformation is endangering the reality of human civilization. As was stated in a two-day online workshop early May hosted by UNICRI and CARICOM IMPACS, the problems generated by misleading, biased, overly simple, or false information, due to intentional misinformation and propaganda, have been amplified in recent times. This is particularly true when thinking of the negative impacts of extremist propaganda or the dissemination of intentionally false information spreading directly to the public via social media.

Living in the age of “infodemic”, a coined word used by the UN Secretary General Guterres, virtual world seems to be replacing the real world. The pros and cons of AI technology during the campaign against COVID-19 is also revealing, either to the advantage of securing social stability and economic progress, or to the disadvantage of spreading fake news and generating atrocities.

To keep a sharp understanding of human rights in the context of human civilization, one has to look into the cultural and social differences while not allowing oneself to be disinformed. With due respect on the significant work NGOs has accomplished up to now, we believe there is still much to improve, in bettering the coordinating mechanism, promoting the work of less known NGOs, guiding the world to reject disinformation by paying attention to the true value of human rights in different social and cultural environments, and thus to render more assistance in achieving the world peace.

URBAN  FORUM is a non-profit association in Austria with the objective of enhancing the meaning of urban, municipal local affairs. It is about raising the awareness of the strength of city economy, promotion of the idea of regional and cooperative thinking, support of public economy and public enterprise (services for the public, sustainability etc.), contributing a modern administrative reform and all with the emphasis on the values of the European Union. (urbanforum.at)

Topics to be discussed include:

The Center for Peace and Reconciliation Studies（Switzerland)